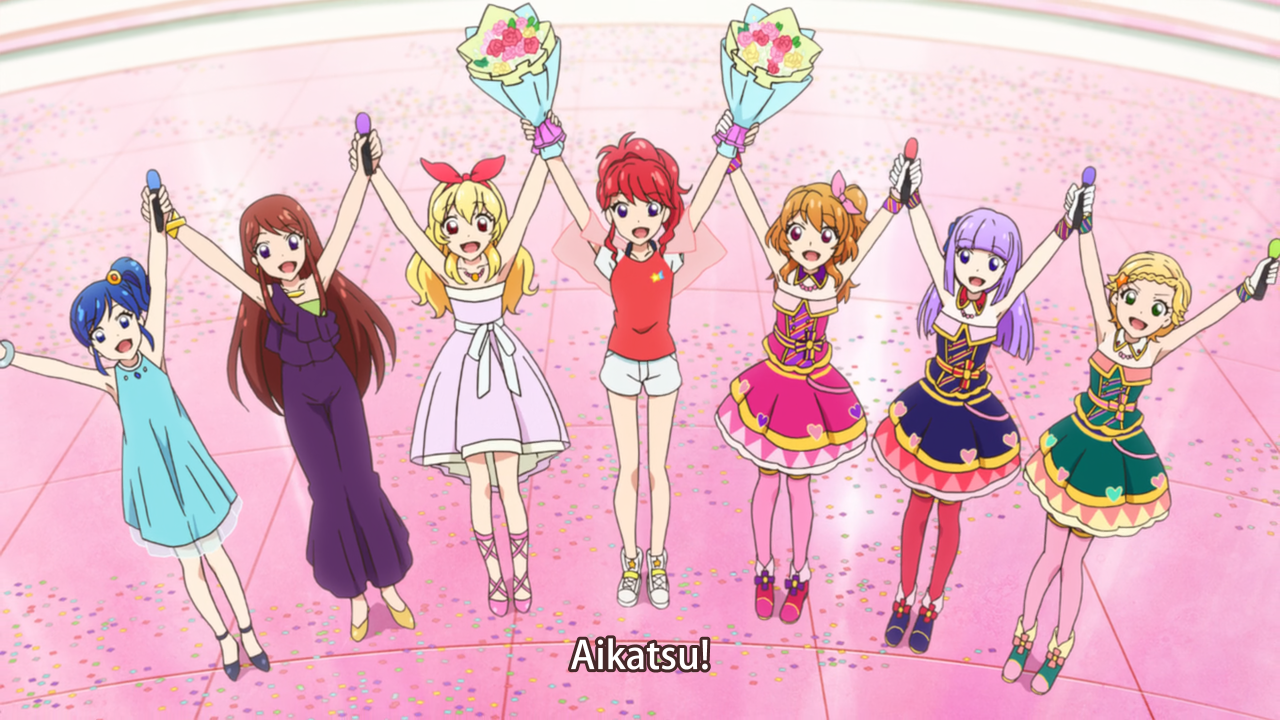 Our Aikatsu will continue forevermore!

Man, this was something. Not only should the Drama CD have been out with the first movie, the Music Awards happened before season 4 even aired. Even if you’ve never listened/watched a Drama CD before, you should definitely see this one if you like Aikatsu.

The movie’s all about show show show. We tried to make the feeling of the script as close to the original as possible, but it’s predictably difficult. Oh, and that’s because 賞 means award, and it also means SHOW, and it’s also a verb ending meaning “let’s [verb]”. There were also 21 songs in the entire thing, including a performance straight from episode 60 and songs from season 1. Complicated signs were left out so that I don’t blow up your toasters. Right, you should already be somewhat familiar with what the Budokan is too from either baseball or other music shows. There’s probably more I’m forgetting, just remind me if you catch anything.

Phew, another promise kept. See you all for Aikatsu Stars. 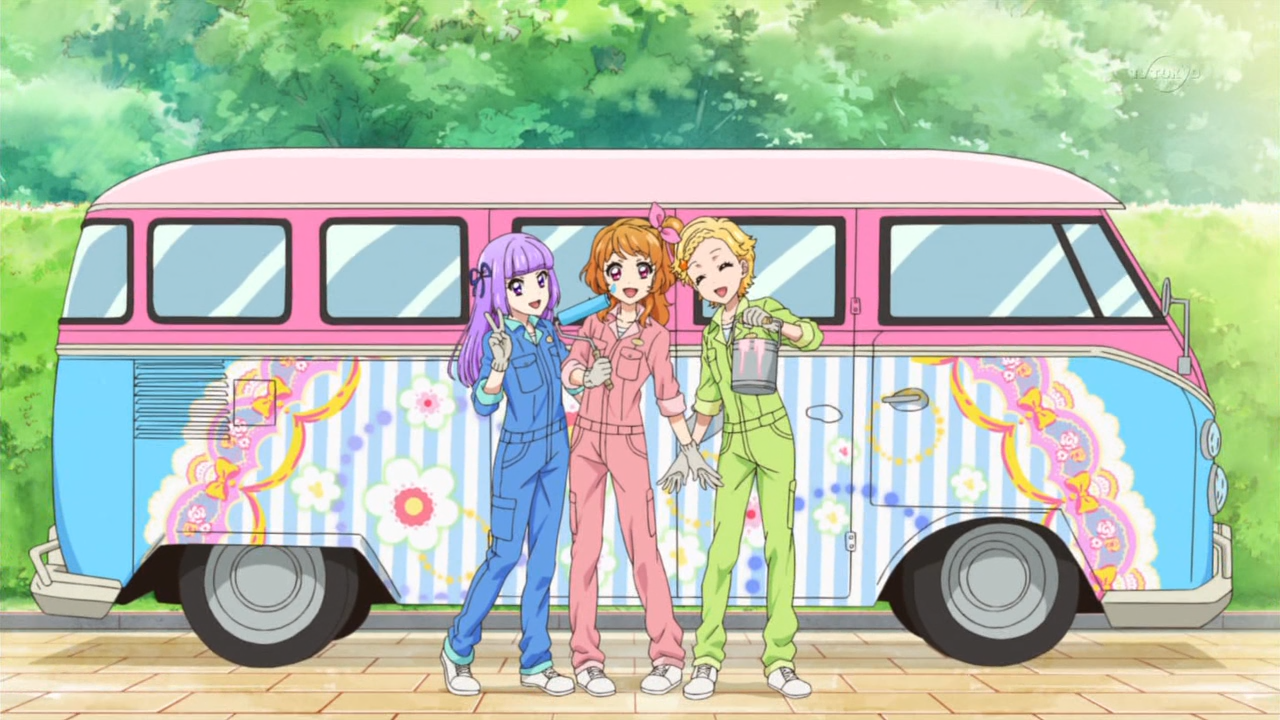 That’s it, the last episode of our third season of Aikatsu. It’s been three whole years, and I feel like we’re still sticking to our original philosophy of making subs with love. In fact, it’s so much love we seem to go through an average of one encoder a year. So there are apparently some easter eggs in this episode’s performance, the times it happens should stick out pretty clearly. We also chose the best name we could for the vehicle you see above. Say your farewells, because next episode is potatoes. 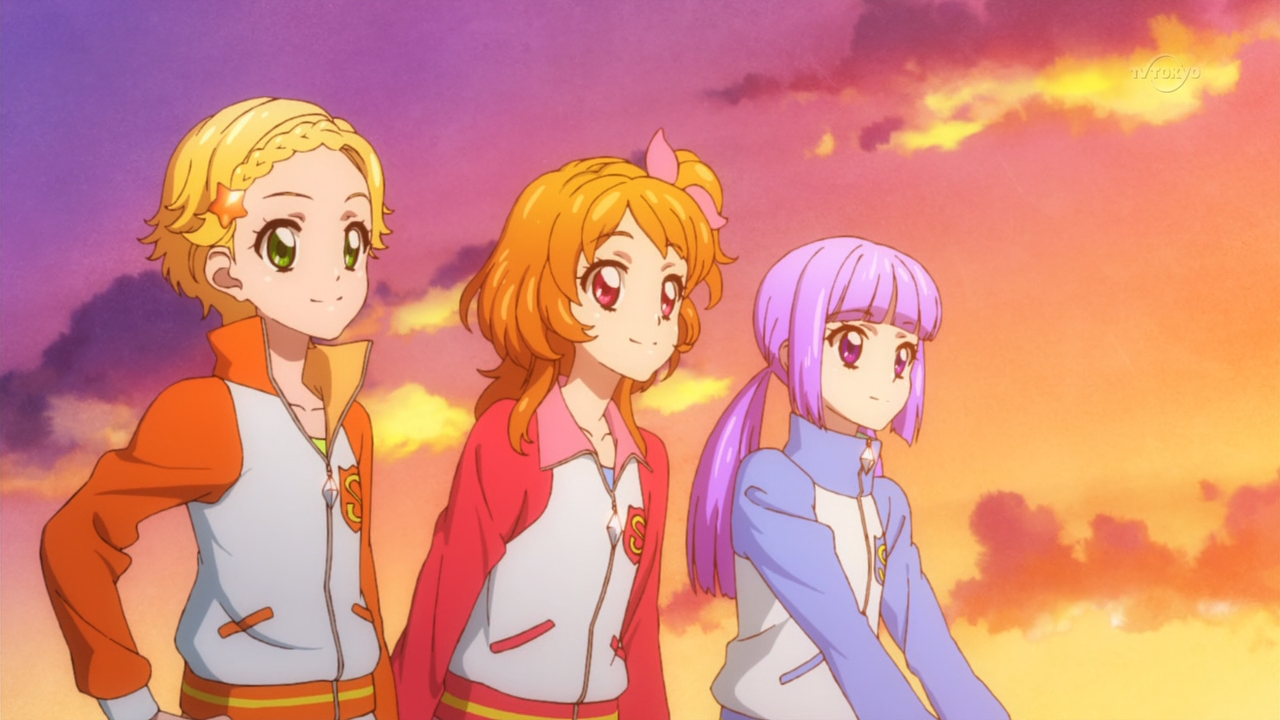 Where have I seen this before…

The climactic and penultimate episode. I suppose this is the third time I’ve been able to say this now, and hopefully that will continue for long into the future. This episode embodies exactly what Aikatsu is and has been from the very start. I hope you’ll continue watching it with me as we make many more memories in the future on the road to encounters. 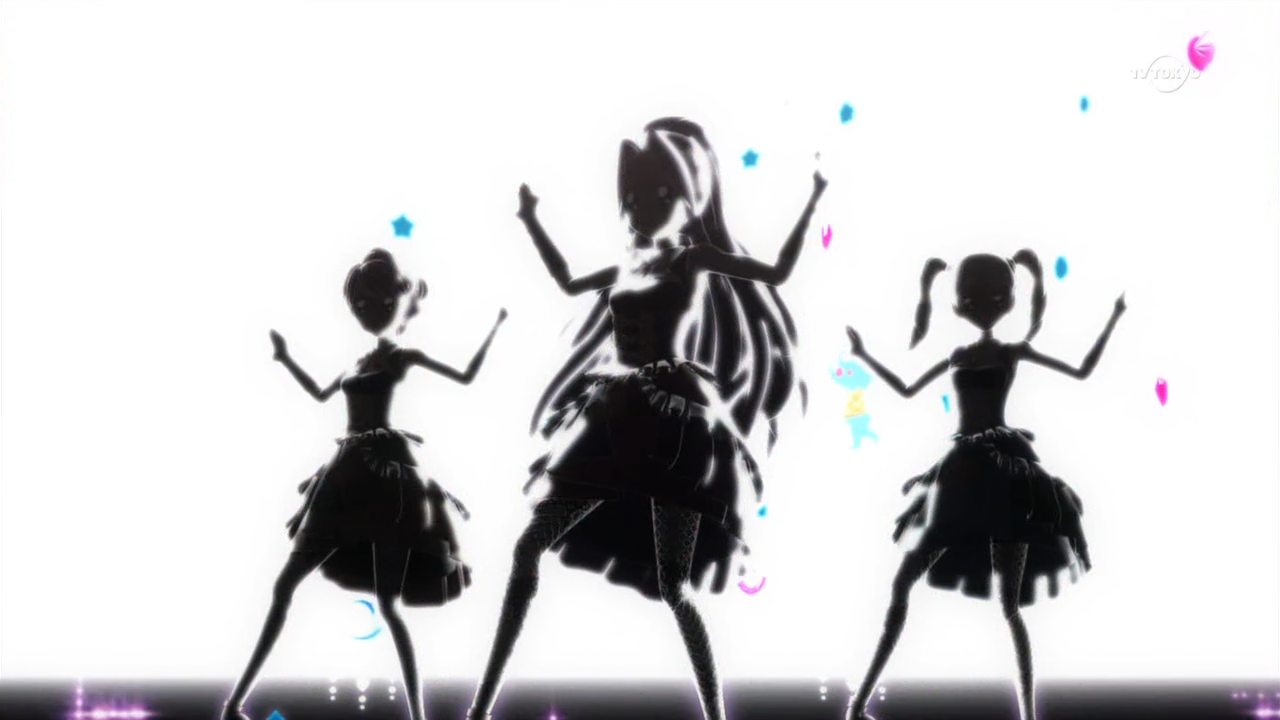 Were you aware that “tristar” means three stars? Guess how many times they remind you. And now with little warning, we’ve hit one hundred and fifty episodes. It’s too early to get sentimental though, we still must resolve the School Festival. 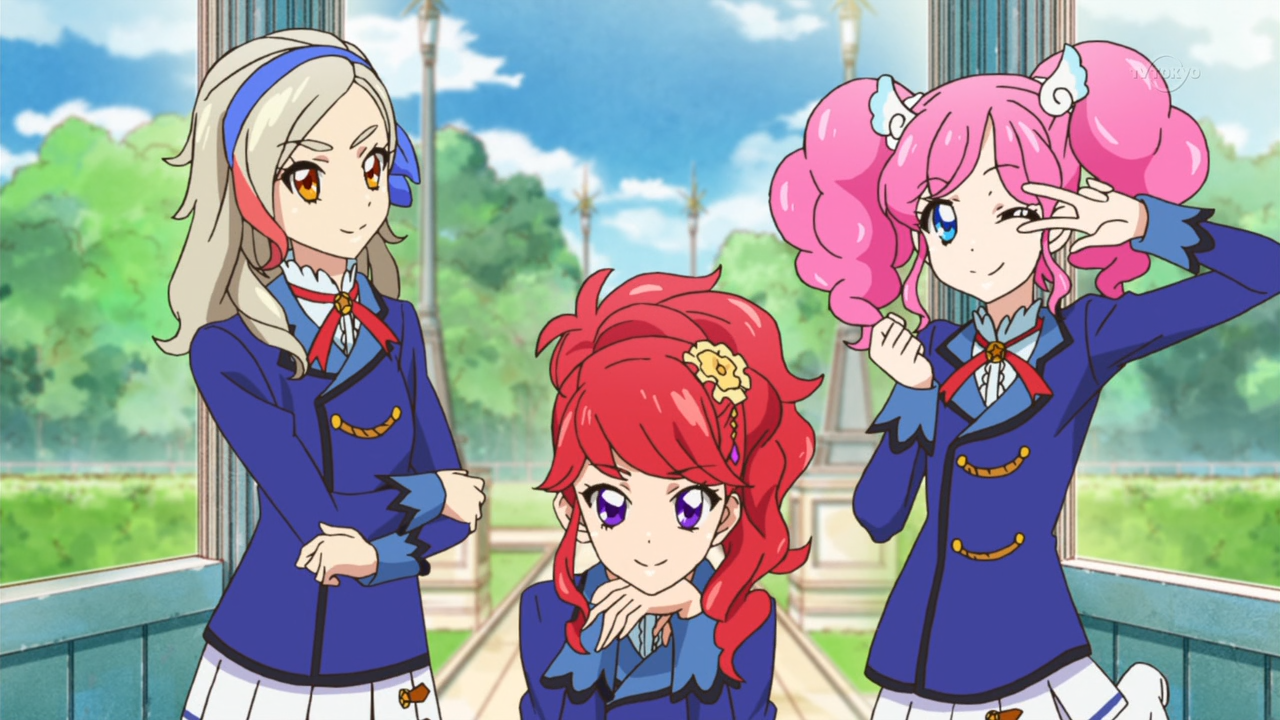 You came to the wrong idol gakkou, motherfucker

This episode was sweet and spicy and hot. A muleta is a bullfighting tool, the stick that holds the red fabric. The various foods I’m sure you can figure out yourself. And yes, there are many Japaneseisms in this episode as usual. I’m sure you’re used to them by now.

END_OF_DOCUMENT_TOKEN_TO_BE_REPLACED 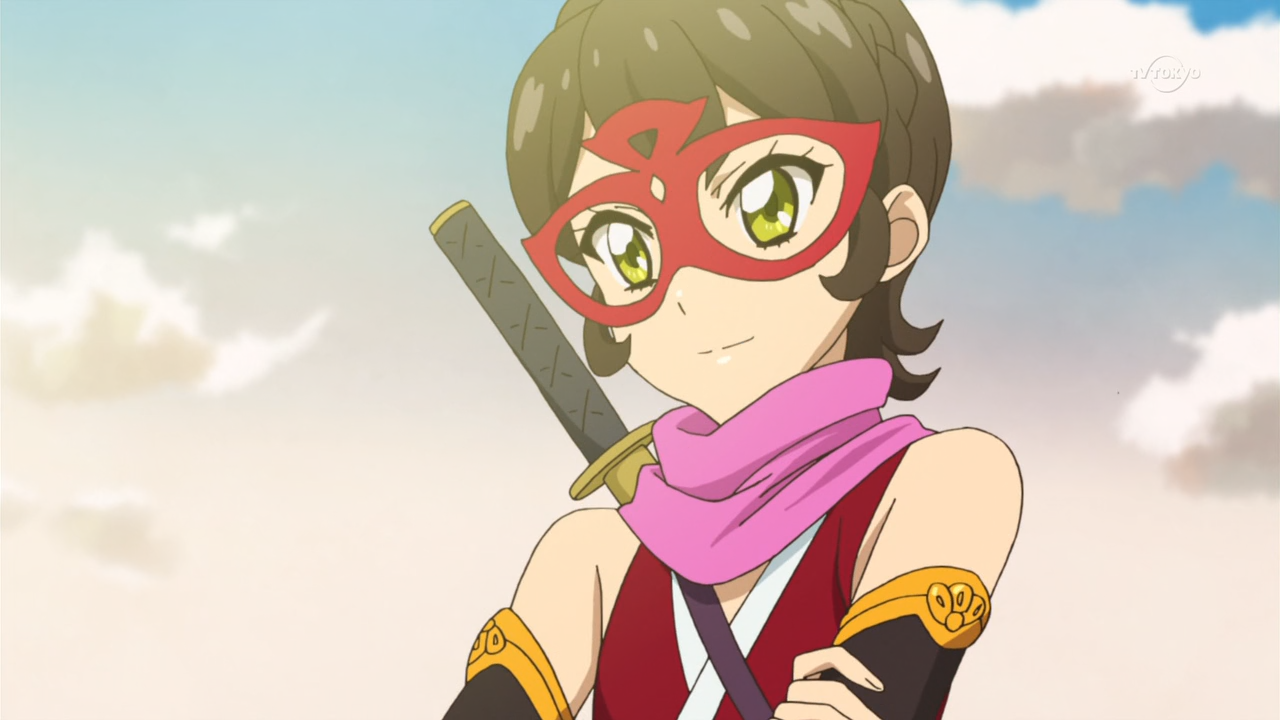 Do you believe in miracles?

Make sure your hands are free while watching this episode; you’re going to need them. I’ll include episode notes after the break.

END_OF_DOCUMENT_TOKEN_TO_BE_REPLACED 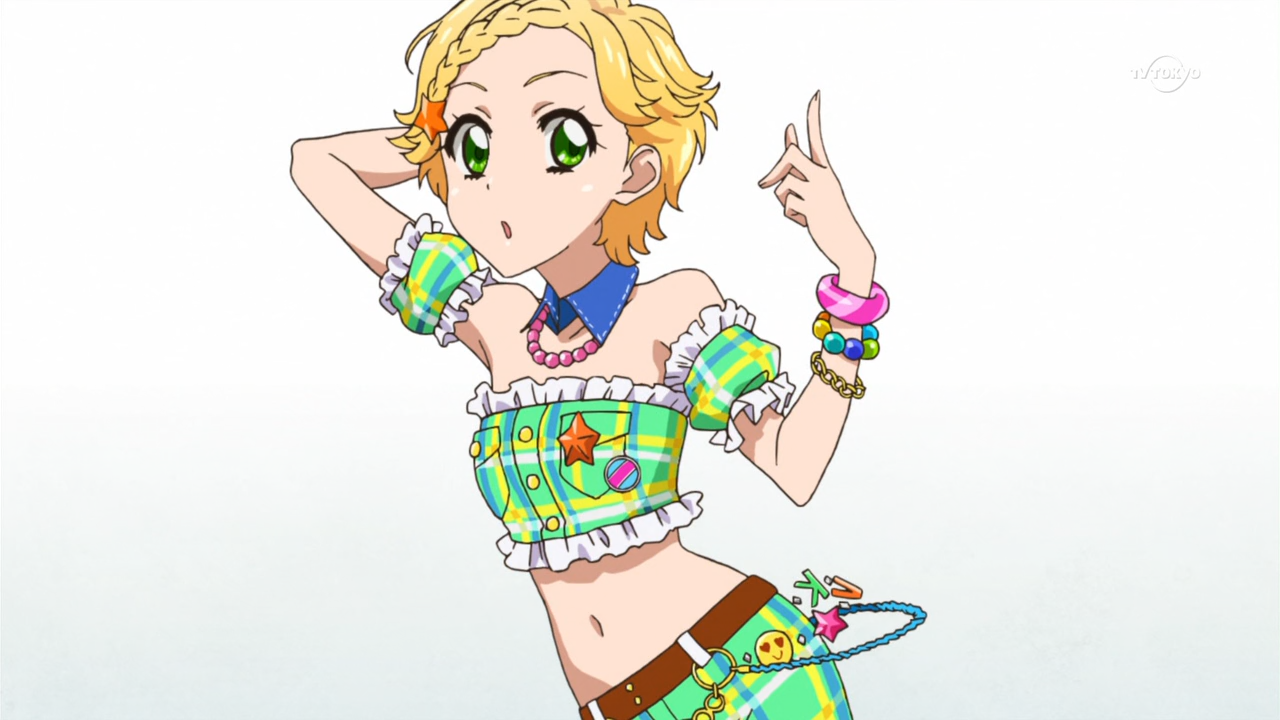 Everyone’s favorite shot of the episode

This episode looked like crap. In contrast, it was very well written and acted, and I even had to reference episodes as early as 16 and 23 to properly translate it. How’s that for continuity. And I could’ve sworn the year’s theme was supposed to be romance stories. I guess they ran out a while ago.

PS: I think Sunrise listened to my email about “de nada”. Anyone want to check the BD of the original episode and see if they fixed it there too?

END_OF_DOCUMENT_TOKEN_TO_BE_REPLACED 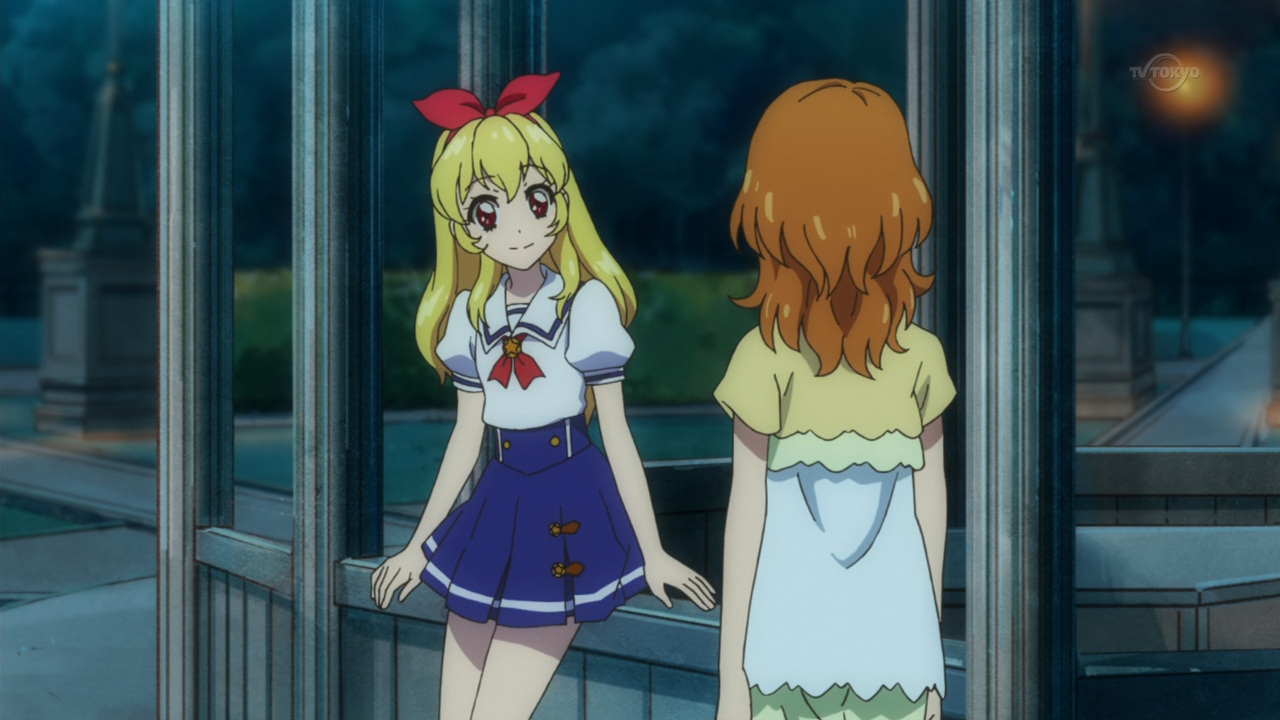 Best location in all of Aikatsu

I don’t have too much to say. Just a very solid, very Aikatsu episode. Ichigo also has some words of wisdom to share. And yeah, we’ll do the next movie or whatever.

END_OF_DOCUMENT_TOKEN_TO_BE_REPLACED 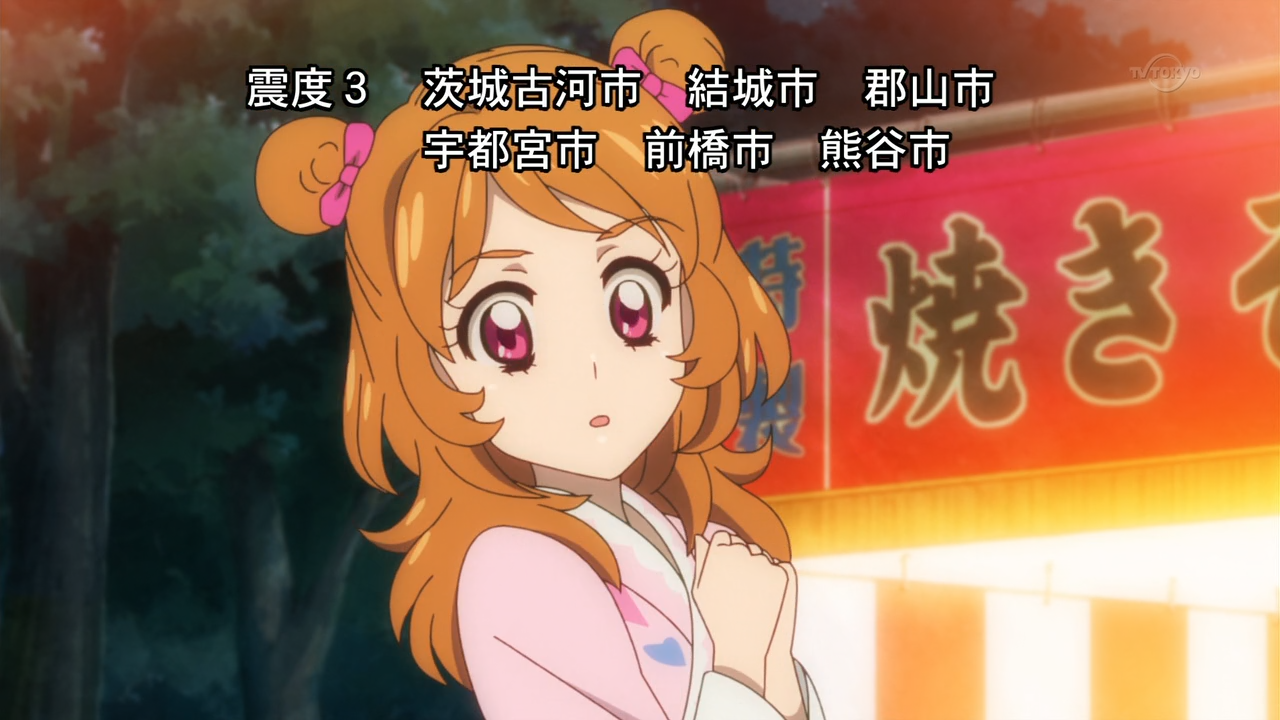 Earthquake warnings? In my hair? It’s more likely than you think

Yeah, nothing can be done about those. The other channel actually had beeping, and it’ll be days before a fresh channel airs it (and there’s no guarantee that won’t also have warnings). I didn’t want to make you wait when we were done already.

Tamaya, if my memory of TL notes from years ago serves, was an important firework creator in Japan, and people shout his name when fireworks go off.

I forget what else I wanted to say, but they just keep piling on the cure hairstyles, and there appears to be a fun little Wing-kun plot forming. Please BNP, do it. 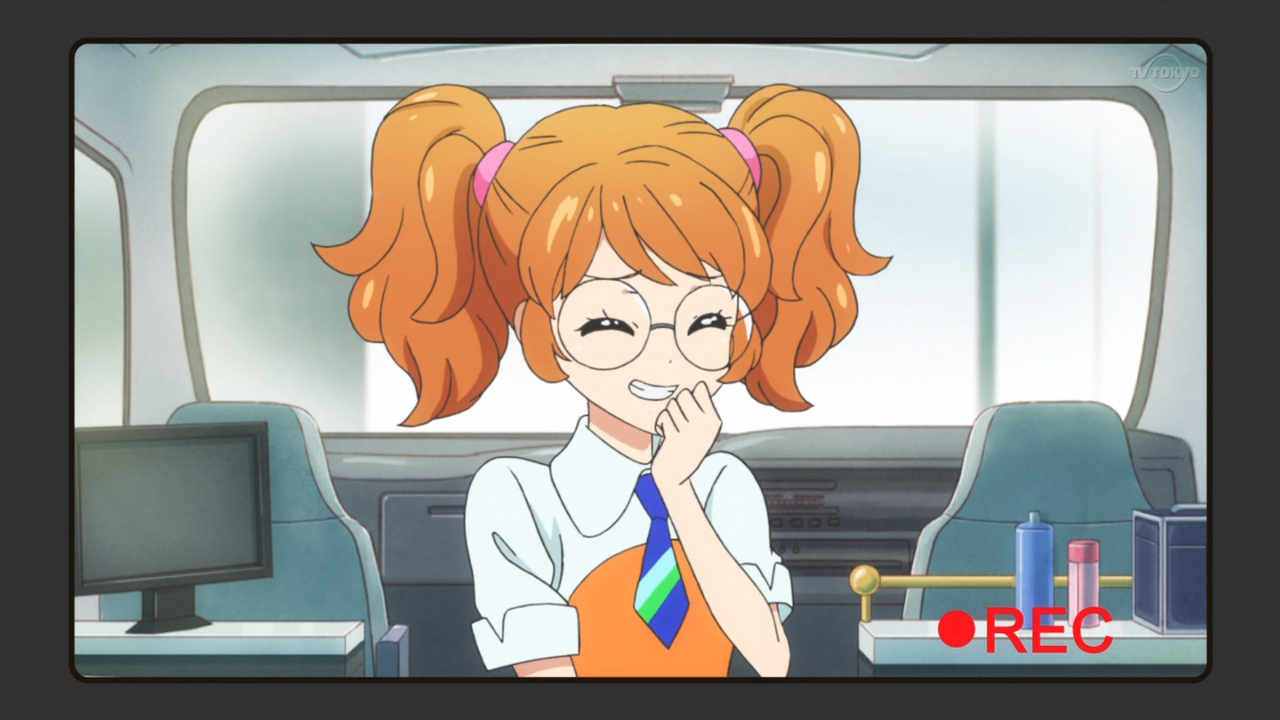 I am now Katanashi-kun from W!!! episode 4

Yay for candid/hidden camera shows. I was certainly surprised this episode. Also, why does Sumire love apples so much, and why does Maya like to make up words that don’t exist? Oh, there’s also this unavoidable translation faux pas, so sorry if you catch it.

One note about Director Itsumo, though I’m sure I’ve said it before: His name is a pun on “Always Director”, as in he’s always the director they use in this show. It’s similar to the talk show host who MCs all of the competitions.