On the philosophy of being an anime fan. Also translation theory.

[I’ve been thinking about this one for a while, but not as long as some other rants that are on the backburner. The arguments presented are widely applicable to other fandoms, but I’m specifying because anime is the only one I’m familiar with. This is partly inspired by a panel titled “Analyzing Anime 101: How to Watch” by Froborr from Anime Boston 2016, which I’ll reference as accurately as possible. First draft 12/16/16.]

No story, no anime, is born of its own volition. There are always people who must create it, people with their own thoughts and feelings and intentions. It does not come from a robot or from a void. These people are professionals, experts who are paid for their work and hired for their skills, especially for leadership roles such as director, chief animator, and head writer. With the responsibility to oversee major swathes of anime production, they hold positions of trust; not just within a company, but among fans who consume their works. The reputation they build over time is important, but like all people they grow and change, and so each new anime must be viewed with an open mind.

It is at this point where a fan subconsciously decides where they place themselves. Do they believe they are on the same level as an anime and its staff, below them as a passive consumer, or at a place above them looking down? If they see themselves as “above” the anime, they may feel entitled to try and pick out every flaw they can, to assume that the writers are incompetent when their arbitrary expectations are betrayed, and to think a downplayed plotline or understated character trait has been forgotten prematurely. When something doesn’t make sense to them, they assume it is the fault of the creators, and not a result of their own inadequacies. But this viewpoint is not like the color of your eyes—with a little effort, it can be changed.

In contrast to this person, there are those who make the effort to watch “with” the anime. You understand that there must be a reason for each decision made, and try to figure out what it is. You accept that some things that happen may seem strange or wrong or inconsistent at first, but trust that with a little thought or patience it will all become clear. You know that the creators see you as an intelligent viewer who doesn’t need to be spoonfed every little thing, that your memory is good enough to remember critical events that occurred in past episodes, and that you can think for yourself when some questions are left open. I try and take this perspective as much as possible, to trust the people creating my entertainment, but also to engage with their works and try to understand the reasons and thoughts behind it.

This is where I want to call attention to a school of thought, or rather a method of viewing, introduced to me by Froborr called “secondary creation”. He states that this is the standard method of viewing among anime fans, and it focuses on worldbuilding, internal consistency, and “rules”. It essentially stems from the desire to fully understand the world of the anime in question, which allows for predictions to be made more easily and creates a reference frame through which events can be understood. However, this suffers from one critical flaw that makes the entire thing fall apart: no viewer can ever fully understand a world while it is still being created and shown. It can only exist fully within the original creator’s mind. When we bring our biases and assumptions into watching anime, we try to make some set of rules based on what we see, or worse, based on what we already know. We bind ourselves to these arbitrary rules, try to put the anime on a rail, and put shutters on our eyes. Then when something outside our perception, something unexpected, happens, we refuse to accept it. We say it doesn’t make sense, that it came out of nowhere, that it’s bad or wrong or stupid. But if you just turn your head and follow the path backwards, you should be able to easily find where it deviated from the shortsighted road you created all on your own.

Nice lecture so far, right? You’re probably wondering what gives me the right to say all this, or even thinking that I’m the one who should stop being conceited and telling people how to watch anime. But I do have my reasons, which I’d like to share with you.

I translate anime. Hold on, just hear me out, I’m not saying I’m better than anyone just because I know a bit of Japanese. When I sub an episode of anime, I first watch it. Then I watch it again with just the audio to time each line. Then I watch it one line at a time to translate, often repeating the same line multiple times. Then I watch individual lines which need me to check the edits. And finally I watch the entire thing through for one final check. That’s at least four times for every single episode. When I translate every line, I have to keep in mind who’s speaking, who they’re talking to, what tone they’re using, and most importantly, if this line relates to anything that has ever been said in the past or might ever conceivably be said again in the future. That means that I have to constantly keep a working memory of everything in the entire series that has happened.

And once more, every single one of these lines was written by a real person, with thoughts, feelings, and intentions of their own. And it’s not just them, but also the characters themselves. What does a character mean when they say “hello”? What are they thinking and feeling? What are they trying to convey? I need to consider this in the context of everything they’ve ever said, done, and thought before, and everything they might do for the rest of the series. I try to keep an intuition about it because you can’t realistically think about it overtly every time, and it helps that I watch each episode so many times.

In doing this over a long time, I feel like I’ve come to understand the writing of anime better than the average viewer. And it’s not just because I’m trying to force my knowledge or experience onto the script, but rather it’s the skill I’ve developed to always keep my mind open and flexible when watching. I try to have empathy for the creators and writers, to stand in their shoes and see what their intentions are in making an anime. When something happens that I didn’t foresee, I look for events in the past that could’ve pointed to it. When I don’t find any, I think of possible explanations that are consistent with both what has happened before and what happened now. And if I can find a logically consistent explanation, I accept it. I trust that the creators see me as an intelligent viewer who can reason through things for myself and come to a satisfying conclusion. I see no need to fight them, to assume that they messed up and made a mistake or are trying to hurt me. We’re all in this together, and I would rather create something beautiful than destroy it.

And it’s not just the anime that I sub. Whenever I watch anything, I first keep an open mind and let my emotions take the reins. Do I feel happy? Am I angry? Did it make me cry? It is only after that first viewing that I go back and try to figure out why I felt that way. Everybody feels emotions and can share them, but it takes a measure of self-understanding and objectivity to take a step back, put your heart aside, and use your mind to cut through the anime to find the underlying causes of your emotional response. While doing this, I try to keep a scientist’s perspective. When doing research, you look through the literature to find as many related studies as you can, and then you collect all the supporting and opposing evidence together to find a path to the truth. But if you find a publication that doesn’t agree with your preconceptions, you must take it as a fact and be the one to update your beliefs. The truth will not change—we must be willing to change ourselves around it. In terms of anime, this goes back to the point of secondary creation, and how you should not intentionally narrow your viewpoint to a limited set of rules that in all likelihood are incomplete and at worst entirely wrong.

It’s hard to do this. Not because it’s difficult, but because it puts you in a position of vulnerability. It’s much easier to hate something and point out its flaws than it is to be forced into a defensive position and explain why certain parts are good. When you attack something, you point a spear outwards, and if anybody attacks back you’re ready. When you defend something, you’re opening up your heart to scrutiny, and the internet is not a kind place. But when you love something, it is worth putting yourself on the line to spread positivity and optimism. It’s worth taking a few hits to make sure your message is heard, and even if the whole world turns against you, know that the anime will always have your back.

Now, I’m not saying that you should overlook the flaws of a show. Instead, you should look under the flaws, to try and dig out why they exist, and to try and see if in reality they really aren’t flaws at all, but just misunderstood. Everything is there for a reason. You may not agree with it, you may think it’s stupid, but it is most certainly not random or pointless. Remember that you are just one person, and the anime is another person’s attempt to communicate with you. Open your mind and heart, really try to listen and understand what’s being said, and you’ll often find a rich and undiscovered world of meaning behind it.

Thanks for reading. Keep loving anime. 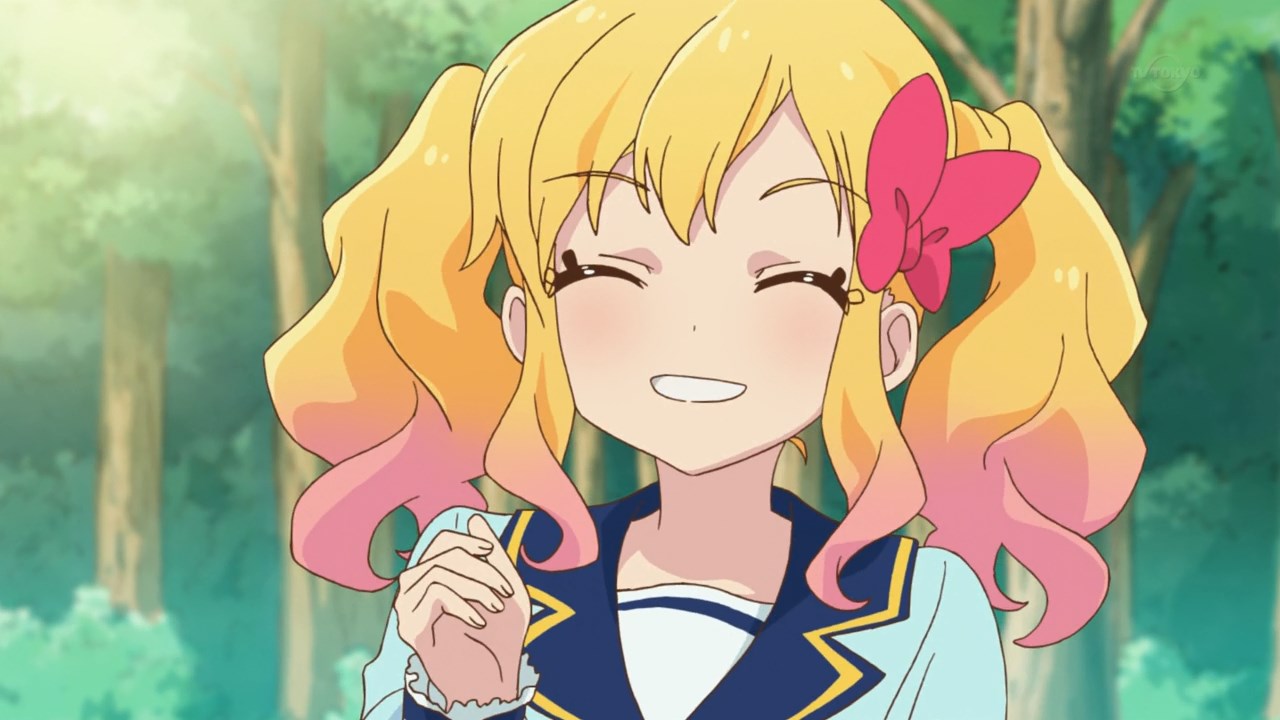