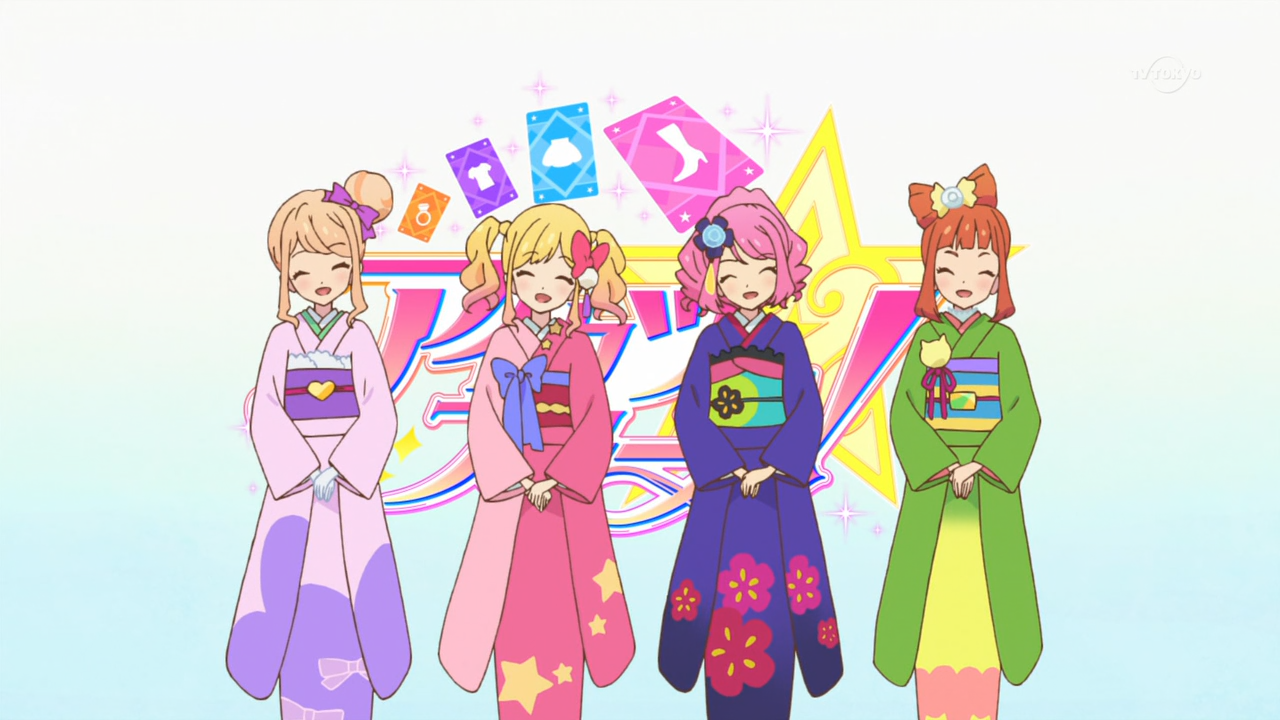 Look forward to another year of Aikatsu!

A Happy New Year to everyone, and we’re finally back from the much-needed break. As expected of a very Japanese holiday, there were a couple notes to be had. The Taiga Drama that Tsubasa was cast for is a little bit too much to explain here, but can be easily found on Wikipedia. Then there’s the usual stuff you should already be familiar with like the ema (prayer plaques) which are hung up at shrines, and omikuji (fortunes), which are actually pretty in-depth. We’ve also got a confirmed second season of Stars, so we’re not stopping any time soon.