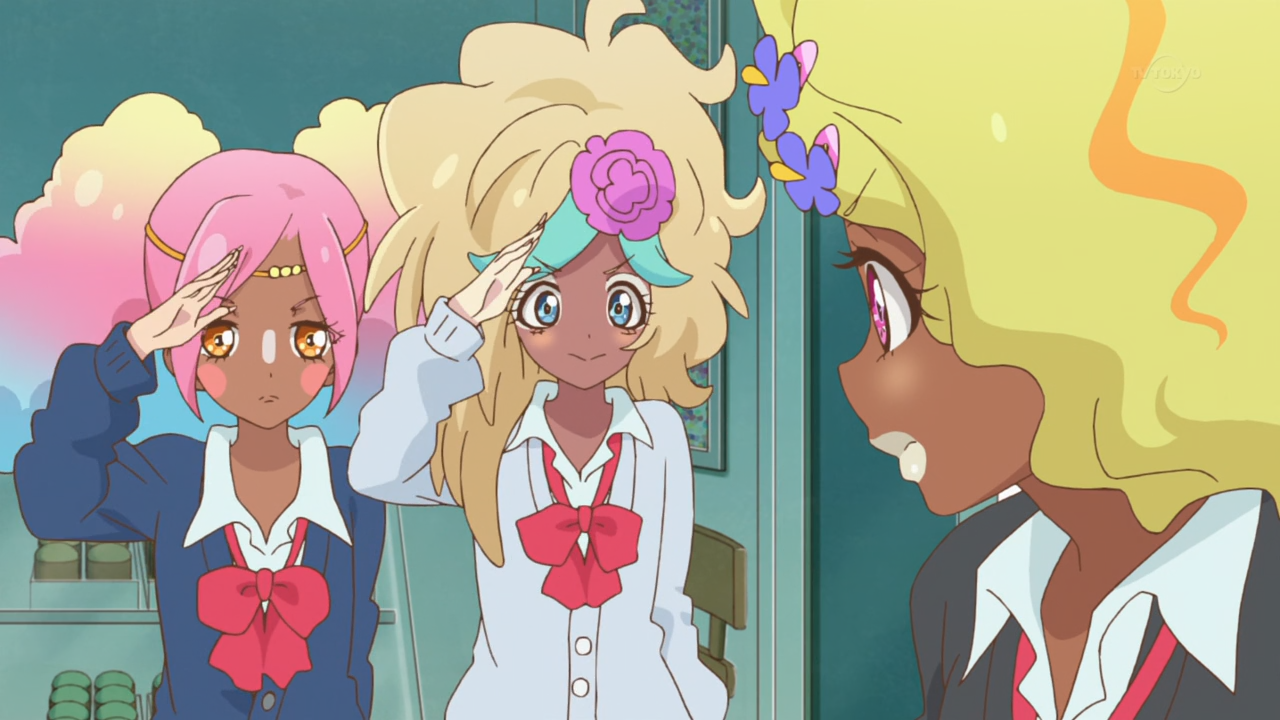 Wow, I have not seen this style in a very long time. There’s a huge amount of talking about makeup in this episode as you might expect, but considering we’re just a couple of guys, I apologize if we screwed any of the terms up (not to mention some terms only exist in Japanese and vice-versa). Speaking of words, the girls speak in a form of slang known as “gyaru-go”, which is a whole bunch of weird abreevs and such. And in case you were confused, there is in fact a new OP this episode, but not a new ED. That is intentional.

If you’ve ever learned how to count in Japanese you might be confused at how we translated a certain part of this episode, but it makes sense if you try saying it out loud yourself. Also, how is it that Mahiru keeps getting the best songs? She’s too OP.

Also, if you’ve ever learned how to count in Japanese you can check out this video about the exact same thing this episode is about.