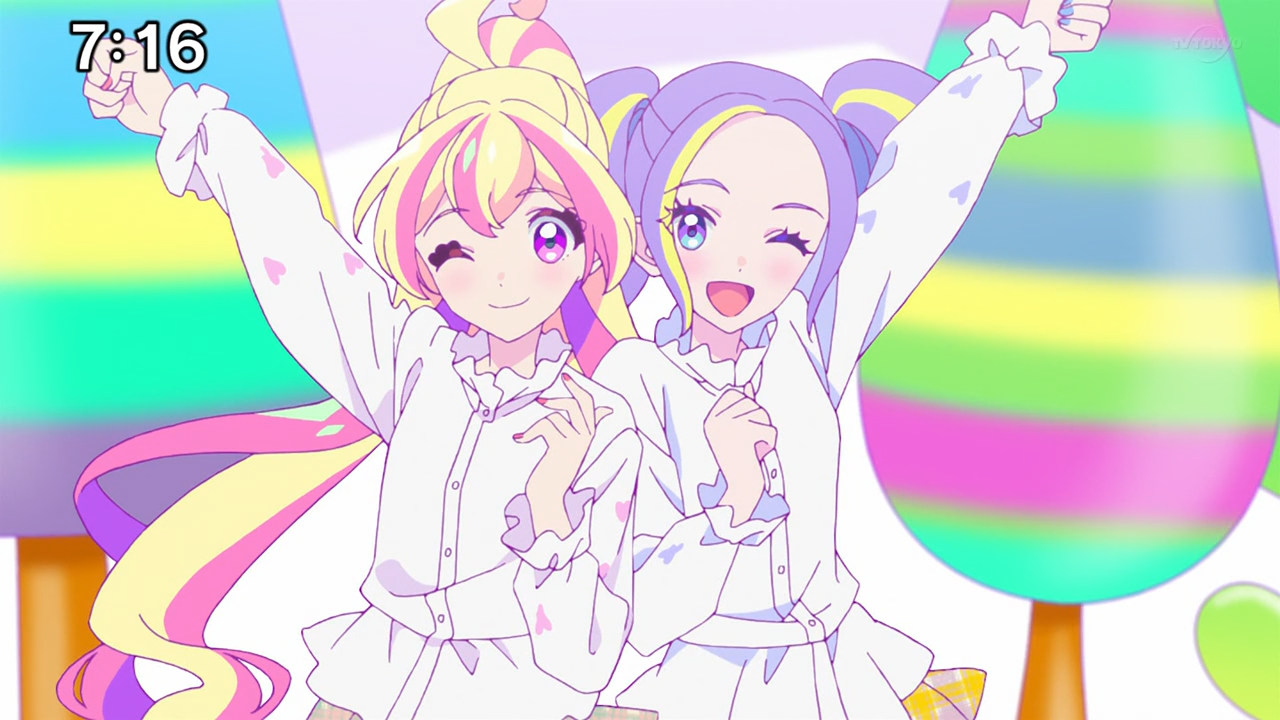 Now that Mao has become an idol, it’s her turn to start learning the ins and outs of the trade. Luckily for her, she’s got the perfect teacher, Ruli—except she needs to keep her identity a secret?

Okay, I have no idea why I went all preview on that when I never do. I just feel like this season is going to ramp up slowly rather than go blazing right out of the gate, especially with Hana’s identity being such a huge plot point, and our knowledge that Meisa’s coming back as Rose later on. For the longtime Aikatsu fans, there are three returning voices who make appearances this episode; see if you can pick them out. I found it pretty hard for two of them without checking the credits, but felt pretty silly once I read it. Maybe I’ll give the answer later if nobody figures it out.