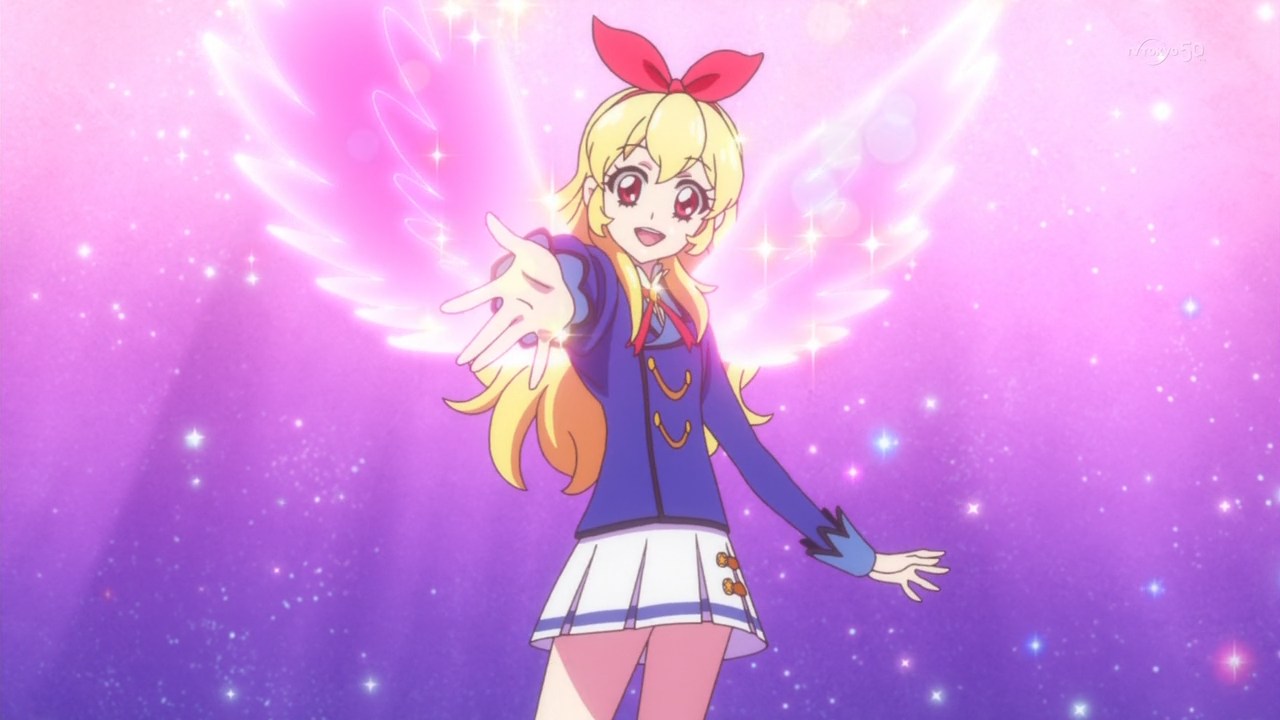 “Thank you for always lighting up my path”

Fifty-one weeks later, we reach the end of our second season of Aikatsu, still going strong. I’ve said it before, but I was not expecting this to go on so long, and we’ve got at least another year and a movie ahead of us. Our two year anniversary isn’t for another two weeks, but let’s treat this as our 8th season anniversary at least. Beginning next week we finally get a clean slate for our namesake show, and stand on a new start line. Here’s to the future.

Oh yeah, and there were several lines this episode devoted to saying lines from the insert song. I hope you haven’t forgotten about that.

Varying translation, editing, tlc, songs, QC, and TS (Aka only)