I have like 5 very good topics ready to talk about but none have been written.

Disclaimer: This is mostly about Precure. Some spoilers I guess (up to episode 24). Skip down further for when I start to generalize after my case study.

Man, it’s been a while since I’ve actually written one of these. Ok, so I’ve been seeing lots of people misunderstand or otherwise belittle support characters in different anime, namely yellow Cures in pretty much every Precure. As HappinessCharge is the current one, I’ll be talking about Yuuko. At the start, we find out a few things about her personality. She works at her family’s food shop, she makes special honey candy (wink wink nudge nudge), and she likes rice. Did you hear that last part? That’s important. We also see her jog every morning which she justifies by saying food tastes better when you’re hungry. She’s shown to help her family at her shop when needed, and after she’s introduced as Cure Honey she goes for her yearly trip to help on her grandparents’ rice farm. Oh yes, and don’t forget the best song in the entire series, oishii gohan. Song’s great. Hoshiiwa agrees, don’t bother her about it.

Man, what a badass introduction [to the sky]

Did you see that entire paragraph? What percentage of it is about rice? Here are some more Yuuyuuisms: She’s not just all about her own stomach; her one wish is for all the people in the world to be able to eat delicious food. Not “to eat”, but “to be able to eat”. If you rephrase that, she’s basically wishing for world peace and to end world hunger. Even if she doesn’t take center stage, she’s often shown taking care of the other characters mental health in small ways. When Hime runs in episode 20, it’s Yuuko who goes after her and calms her down. When Hime runs again in 21, she dons the seemingly useless Duck outfit, and watches warmly over Megumi and Hime with a big sisterly “ara ara”. Don’t forget she’s the second friend Hime makes, and is always there to give her candy (this is going into HimeCharge territory, but that’s a story for another time). And I just realized this myself, but her candy is basically a perfect representation of her character. She helps others in small ways, makes them smile, but is finished quickly and forgotten about. But you know what? These small things are the most important part. Without her there, Megumi and Hime’s relationship might fall into disrepair. She’s the bridge that connects those two to Iona as well. Back when Iona still had it out for Hime, Megumi was hardly helping because she just can’t understand why people wouldn’t be friends. It’s Yuuko’s subtle maturity that’s the real glue of the group.

Even if Toei seems to forget all these things, if you watch carefully you’ll find that there’s a lot more depth to the seemingly simple characters than you might see at first. But it’s not just them. Let me throw out a few examples from past anime in no particular order. Shiro from Kawaisou plays this part as an older brother sort of character. Nibutani in Chuu2 does this in a very obvious way, playing matchmaker but steering clear of relationships herself. Makoto in Free tries but often gets himself involved in the drama, somewhat ruining the effect. Hiro from Hidamari embraces this so much she’s motherly. Shougo from One Week Friends last season does his part while trying to remain detached (not that Saki lets him be). He’s also often relied on by Hase, who almost abuses his good-naturedness. Interestingly, Kaede seems to be the support character in Aikatsu, often working behind the scenes to help Ichigo and Yurika in particular (she’s also associated with making food, unlike Ichigo who mainly eats and Seira who is rather detached from her cooking home). Mugi in K-On is one of my favorite supports. Hanekawa takes the stage in Bakemonogatari when she’s not in cat mode. Kaname in NagiAsu pretends to be this person while stirring up trouble, leaving the expressionless Tsumugu to step forward and maturely deal with everyone’s problems, particularly with that very nice Miuna parallel in the second half. KinMoza, in an interesting twist, has Karen be the go between and fixer of relationships (because she’s not in an obvious pair). And of course there are the other yellow Cures such as Alice and, uh… Alice (okay, so it’s a new thing for yellows in Precure). (By the way, there was an order to these: Alphabetical by series title) 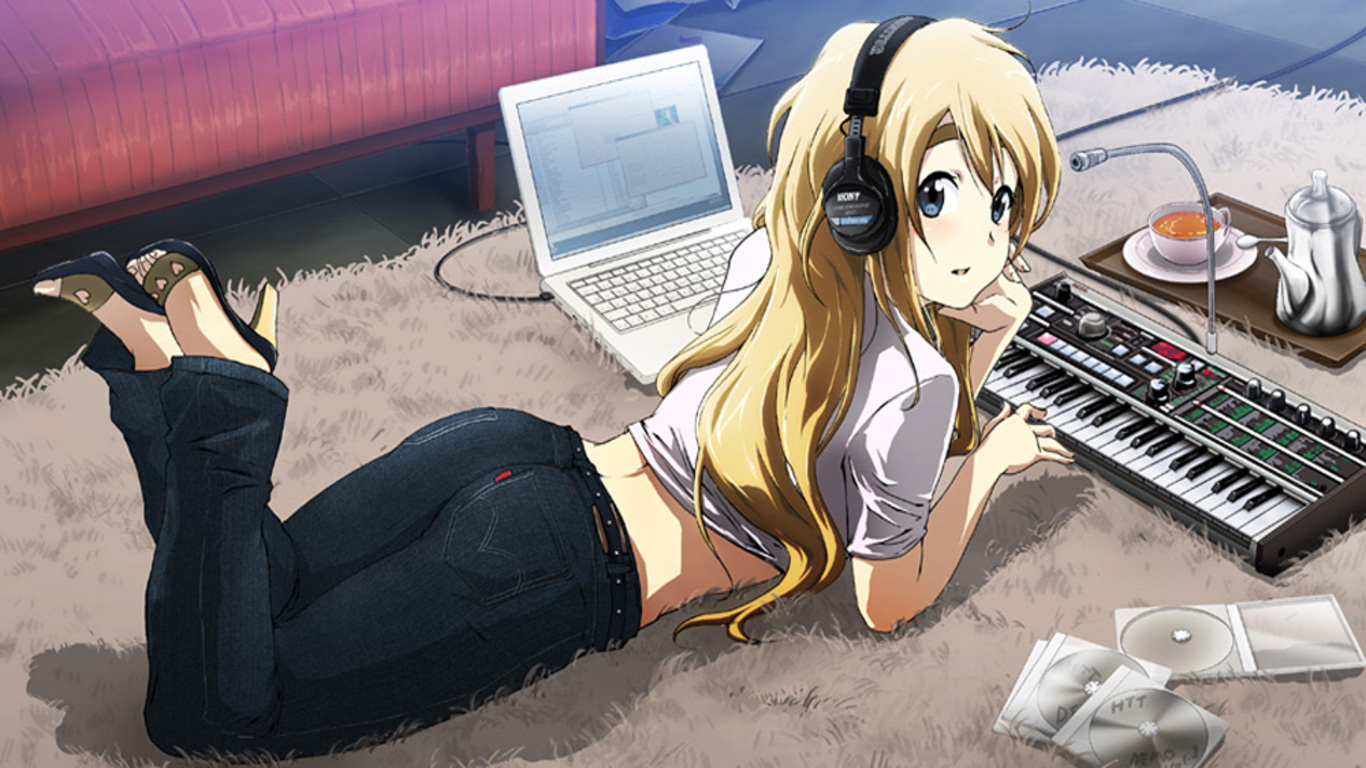 So what do these characters all have in common? For one, they’re generally the most mature of the bunch, always being aware of those around them and keeping track of how everyone else is feeling. They don’t speak often, and sometimes seem to fade into the background. Several are associated with cooking and food, or otherwise activities that would be considered “support-y”. They’re rarely leaders of the group, and many people consider them the most boring characters, but importantly, they are the voice of reason who brings sense to otherwise crazy and spontaneous people. Without the support character, the rest of the friends would slowly fall apart, or else stagnate and have their mental health deteriorate (to put it harshly). Their absence may not be immediately noticed, but it would have the greatest effect over time. So please, the next time you call a character boring or useless, step back. Think about how they actually fit into the puzzle, and exactly why the author decided to include them. They’re not just filler; they’re the cement that holds everyone together.

I’d like to make a special mention here of the most underrated Cure ever: Rin. In a group with four (or five) total crazies who are constantly bouncing off each other and running in different directions, she’s the one who brings them down to earth and keeps them aware of the important things. She gracefully plays the tsukkomi character throughout nearly 100 episodes, all the while being completely shit on by her bad luck with guys and lack of a partner. Without her to support and care for Nozomi, the leader, the Yes 5s wouldn’t have nearly as good teamwork. I’m not saying it’s all her, but without Rin they’d all be screwed. And don’t go jumping on me for being biased either; pinks are almost unilaterally my favorite characters in everything, and Nozomi’s in my top two characters in all of Precure. 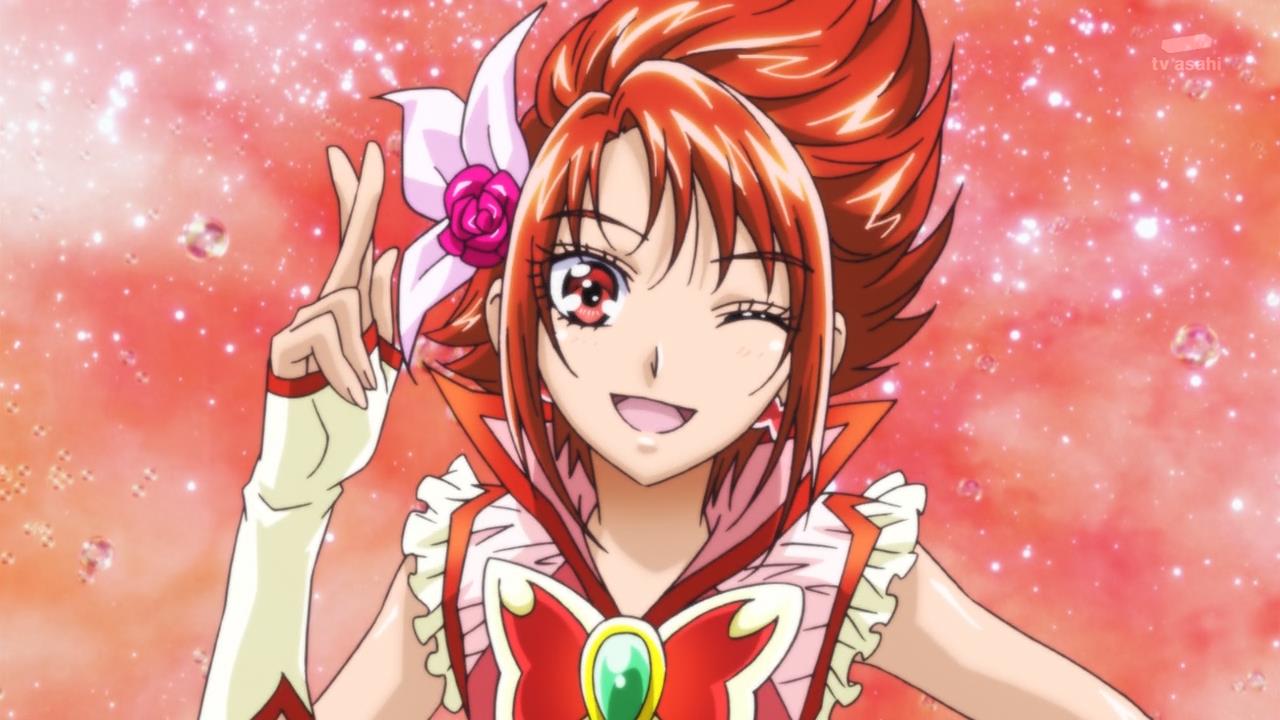 But still, you gogo girl

2 thoughts on “The Role of the Support Character”