I-It isn’t that hard, you idiot! I’m just explaining it so you won’t keep on bothering me…

Who did you just imagine saying that? What gender or age, what personality and temperament? Well, I did just lead you into an obvious assessment of a tsundere, but what if I instead phrased it like this?: “It has a piddling difficulty, you fool. My explanation is simply to ensure you don’t waste any more of my time.” Both could potentially come from exactly the same Japanese, and yet they convey completely different characters. Characterization is a vital part of the translation process that allows for the conversion of not just meaning, but emotion and nuance. 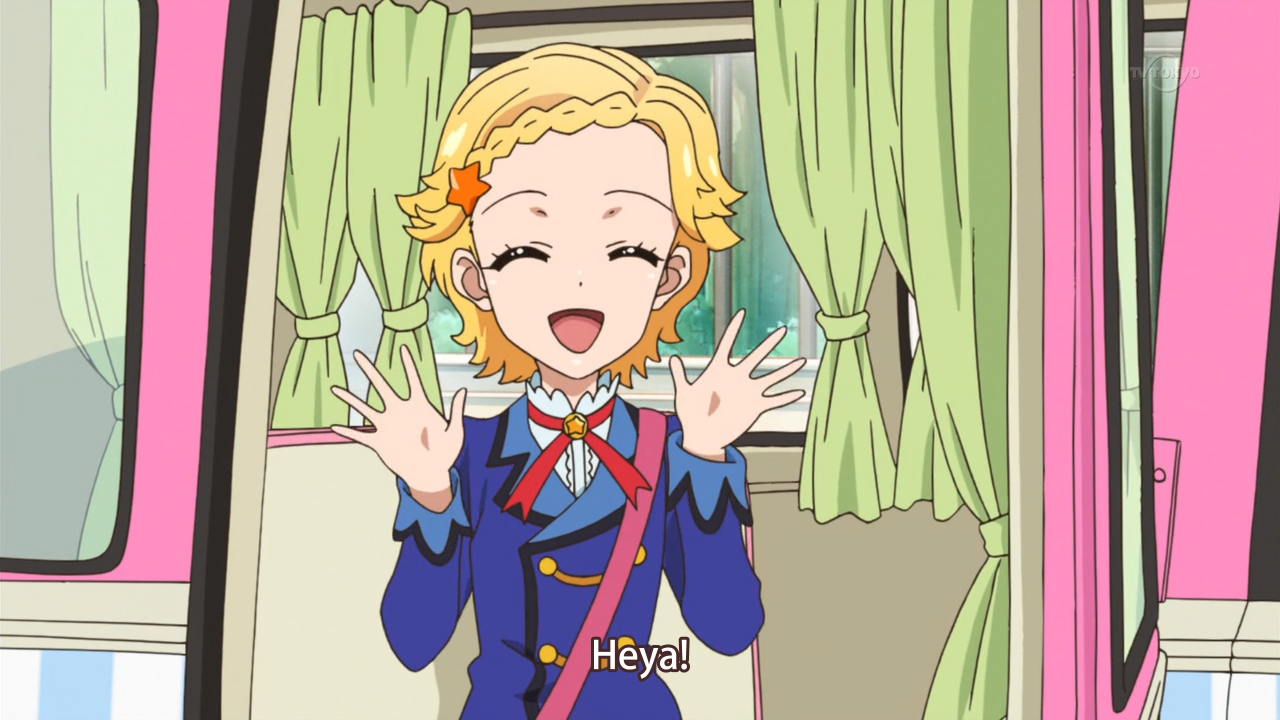 The choice of catchphrase translations greatly affects the overall impression 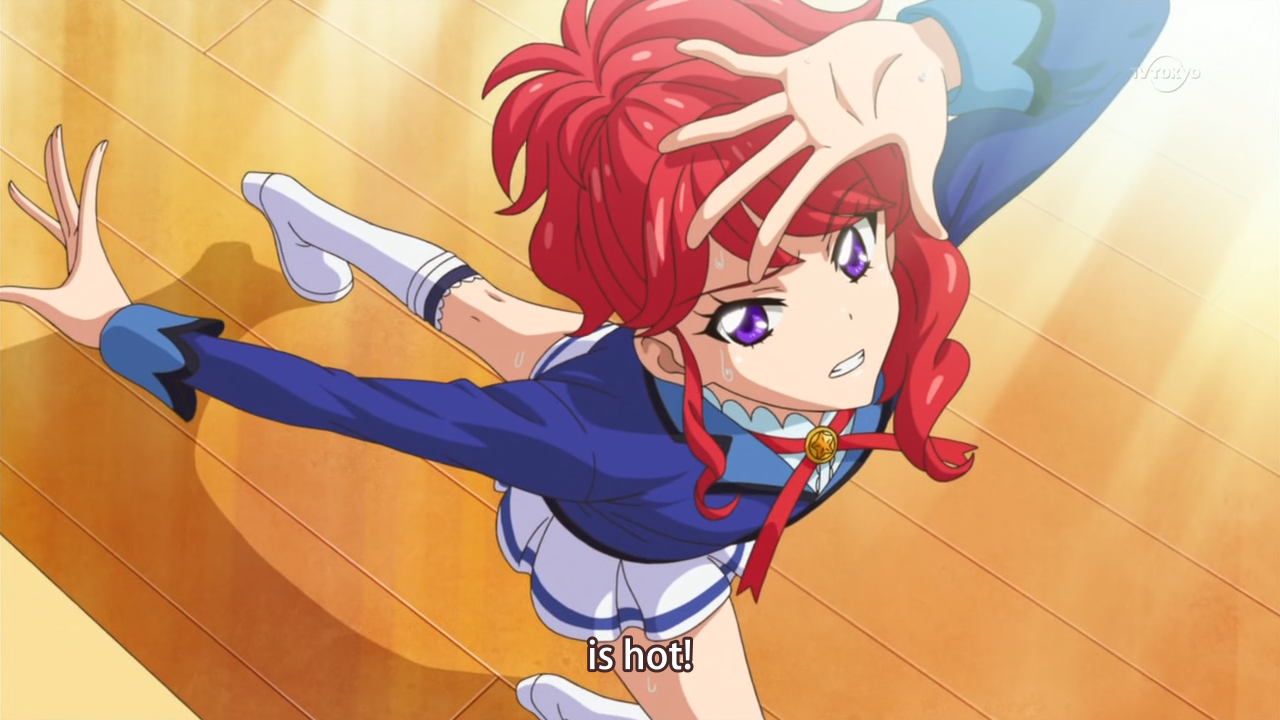 In Aikatsu, atsui means “passionate” 95% of the time… unless Juri is around

The simplest way to understand what direction to take in translating a character is by their level of 敬語 (keigo), how much formality they use. I won’t turn this into a Japanese lesson, but you should understand that depending on who you’re talking to (friends, family, acquaintances, strangers, superiors) you speak differently. Otsuka, otsukare, otsukare-sama, otsukare-sama-deshita all mean exactly the same thing (“you worked hard[, and good job]”), but depending on circumstance and conversation partner you can translate them into a variety of forms. This is also done to avoid too much repetition in the script, because Japanese has this little quirk where despite having the potential to be very flowery and evocative, there isn’t really a variety of ways to say common phrases. You will also come across times where you’ll need to “translate around” some sort of linguistic joke that takes a common phrase in a different direction. 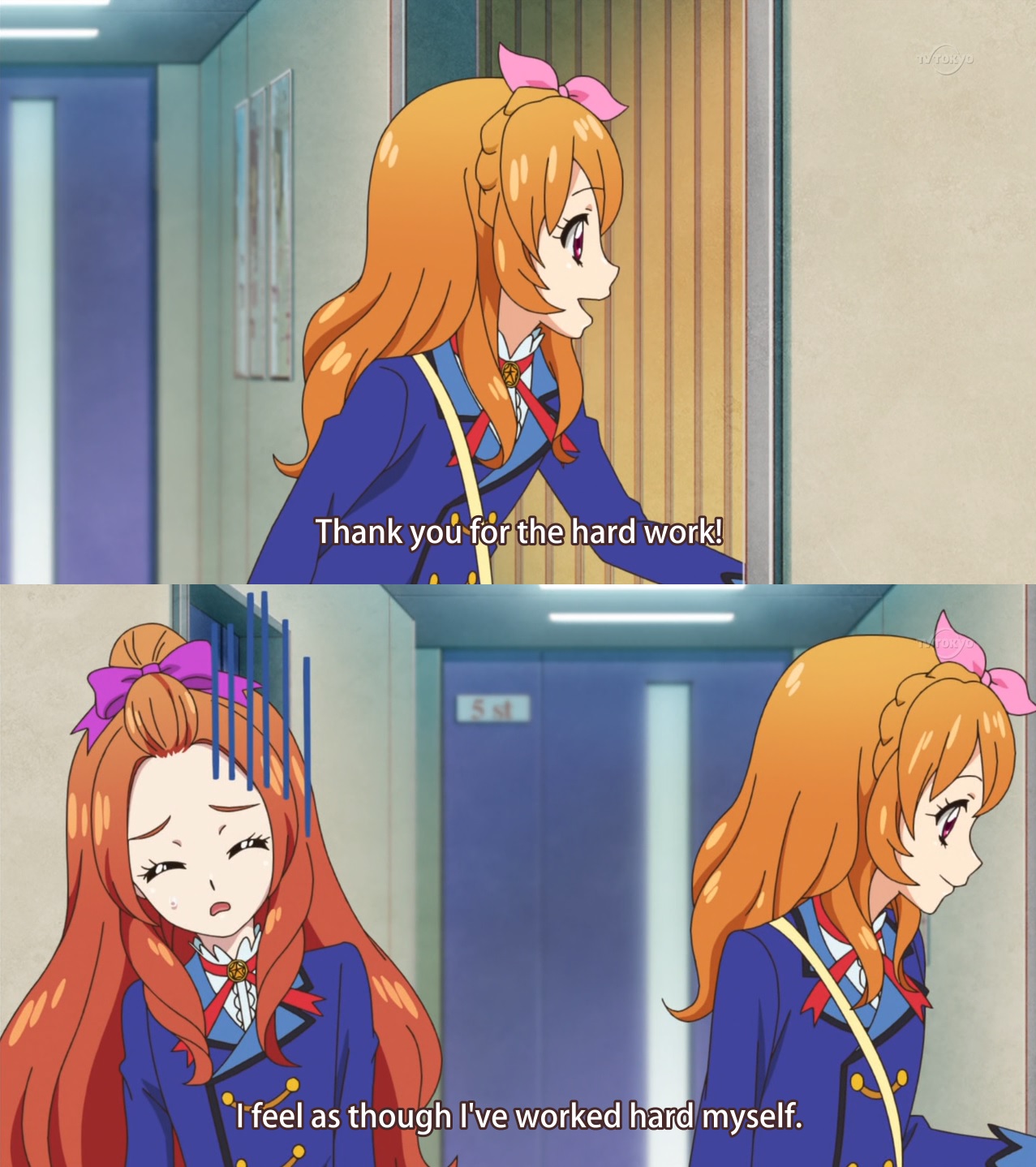 Exactly the example listed above

One simple application, or rather rule of thumb that I use, is to generally make ohayou into “Morning” and ohayou gozaimasu into “Good morning” as a form of greeting. This is what I consider the bare minimum of characterization, so much so that I wouldn’t even grace it with the use of that word. But let’s take a look at some actual examples to illustrate what I mean. 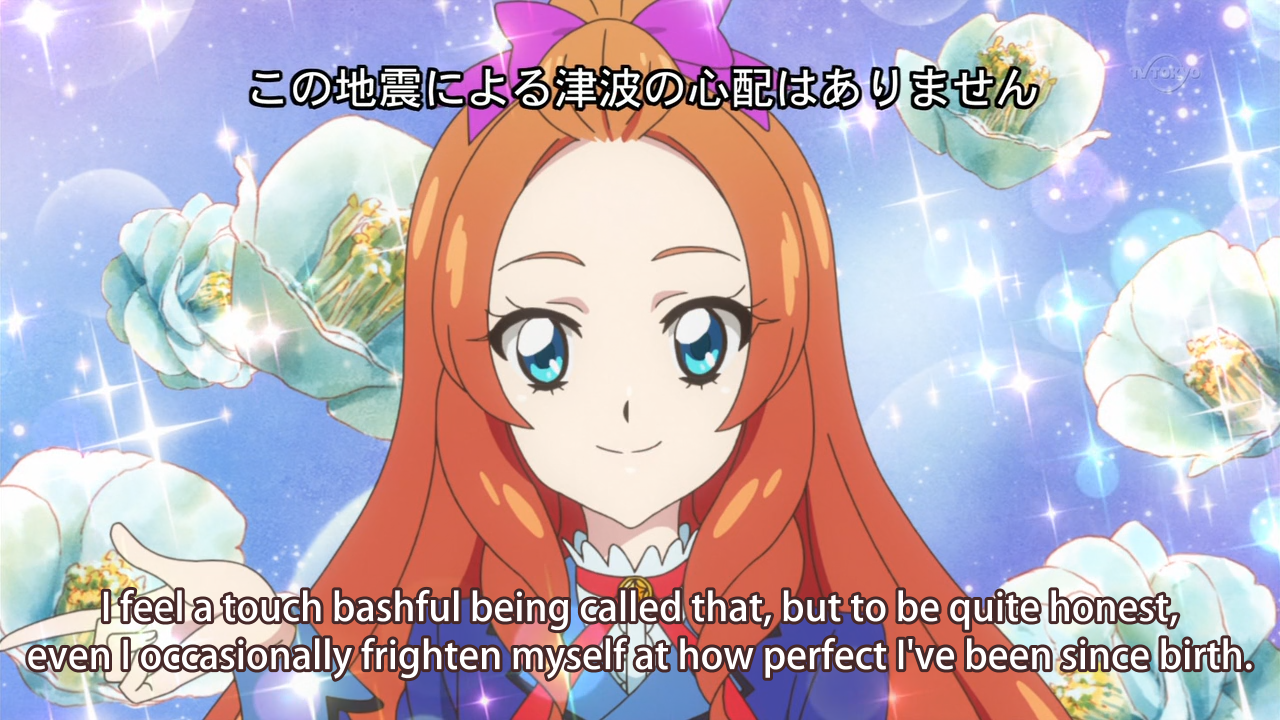 Word choice, and especially use of contractions and slang, is vital

Mezashite is the only group subbing Aikatsu so it might be hard to tell, but it’s immediately apparent when you compare subs between two sources how much of a difference this makes. 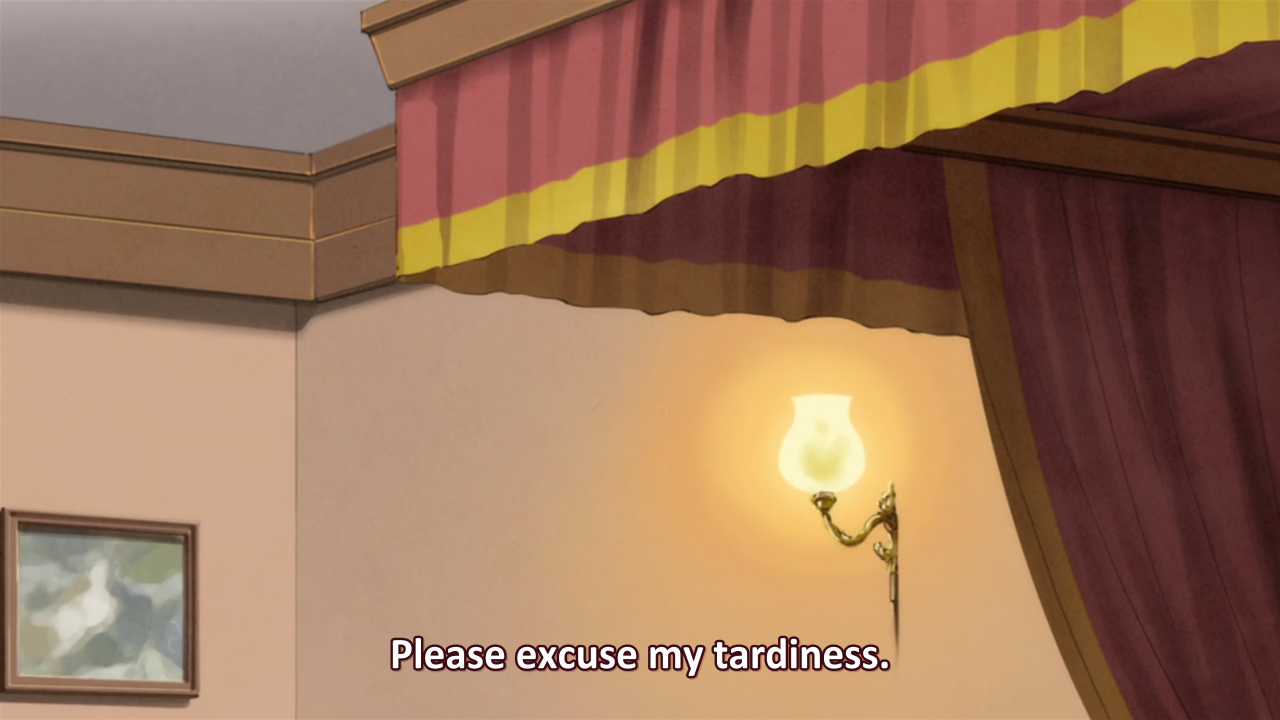 CR: “Thanks for waiting.” 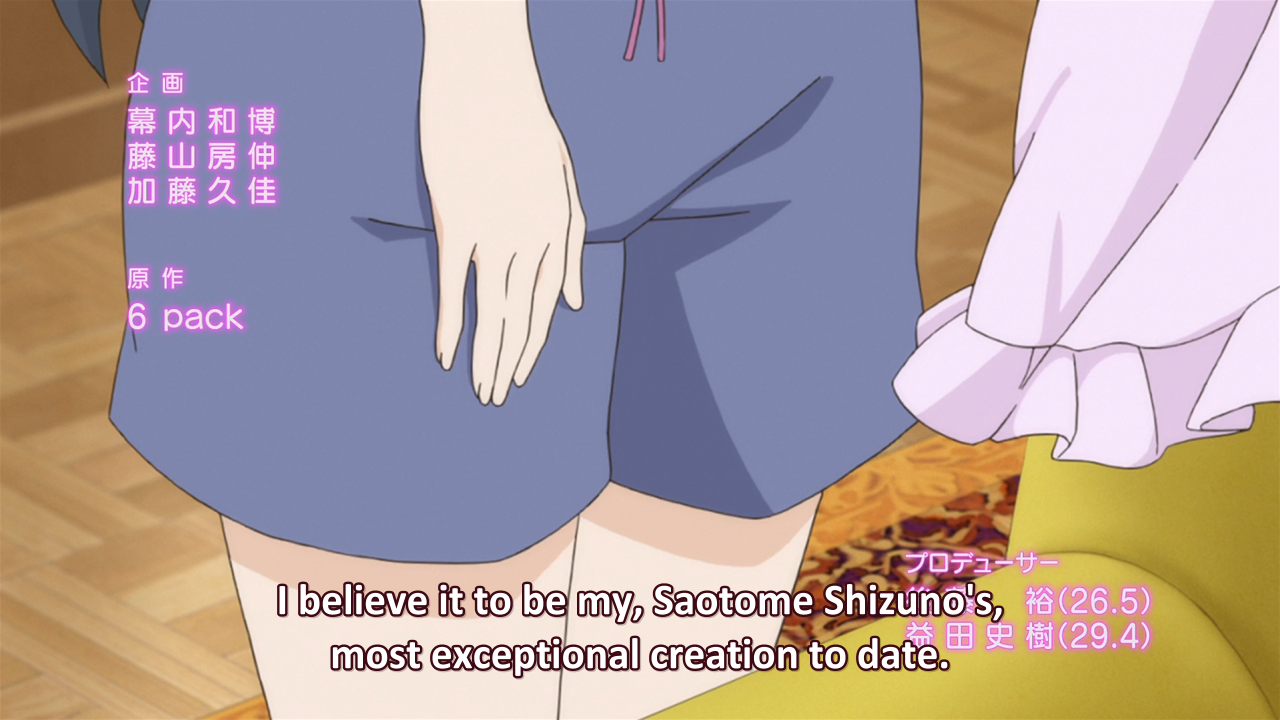 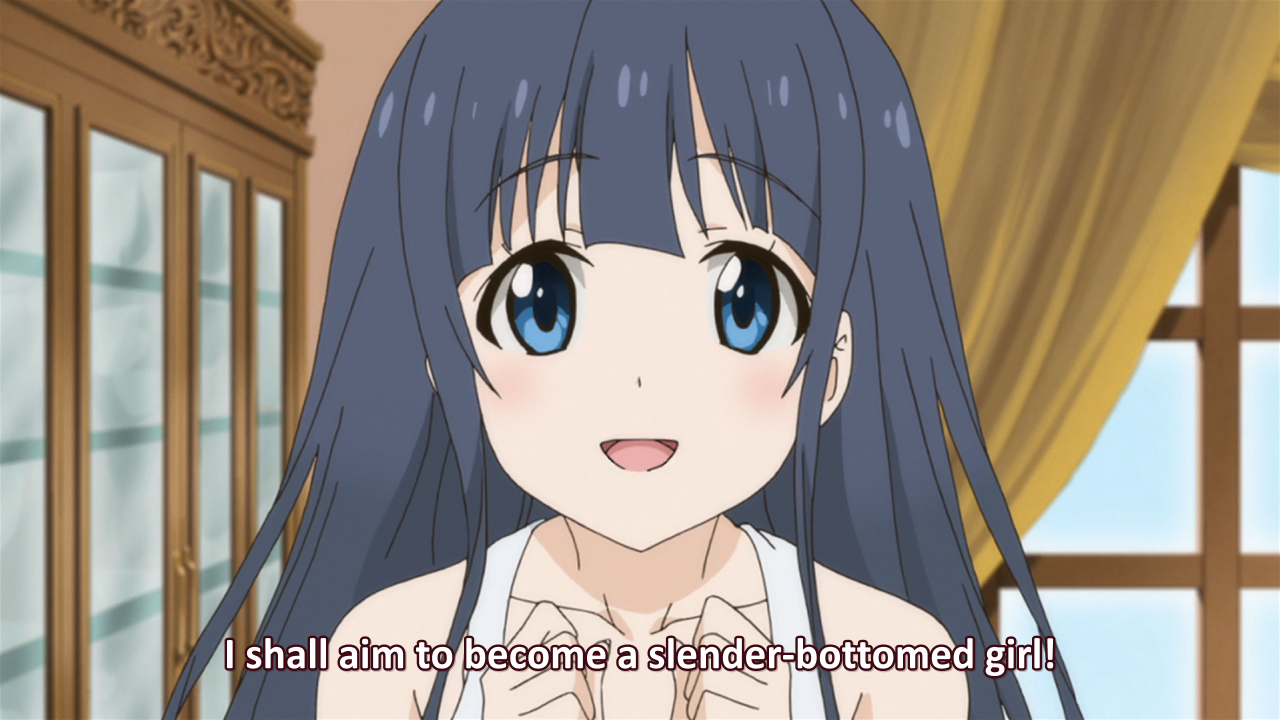 Yes, you probably noticed the point I was trying to make. I find most official simulcasts are absolutely horrid at characterization, accuracy aside (Funi being the worst offender I’ve come across). Many of their translators just have at it and go full literal, don’t bother to take into account personality and situation, and sometimes even commit the sin of blatant mischaracterization. That is not to say I find them all bad; in fact, there’s at least one show I actively look forward to watching with subs each week. 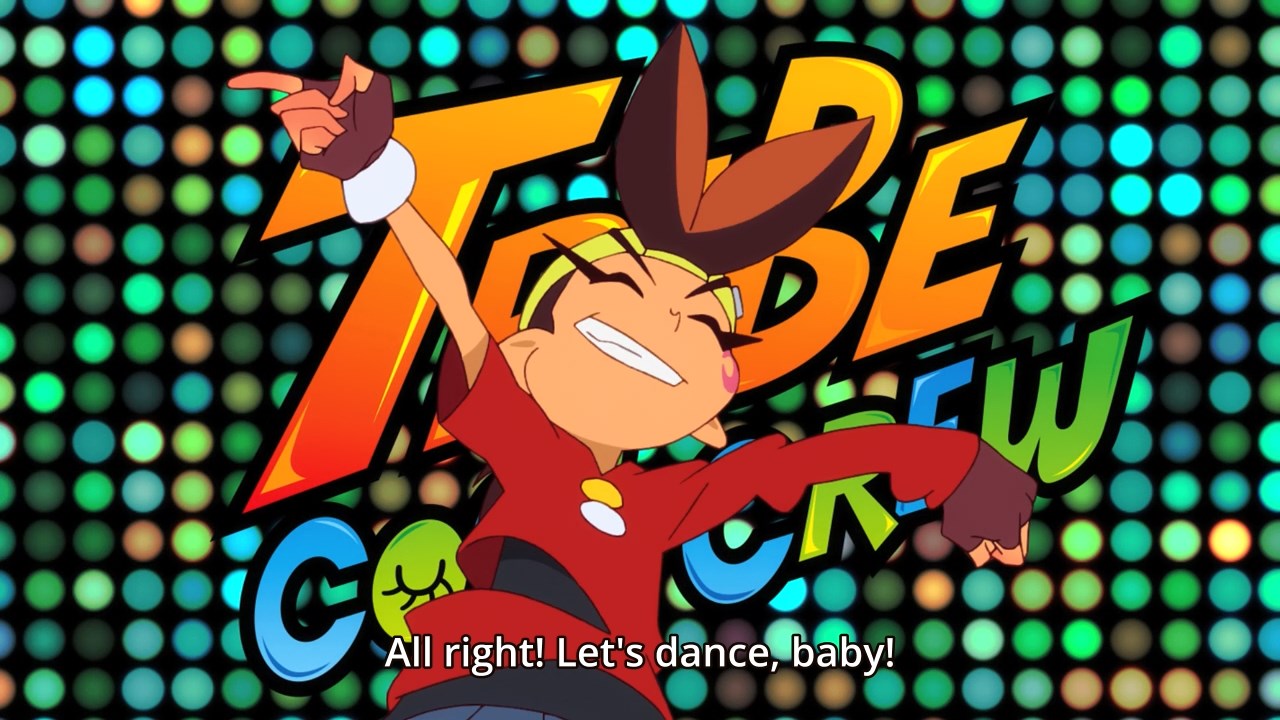 There are too many subtleties to capture in one shot, but overall Tribe Cool Crew is high quality. Brave Beats is looking to be the same level

Good characterization also ties in with good consistency. If there’s one thing I pride myself on, it’s translating vital phrases consistently (I also make mistakes consistently: Is it “photo shoot” or “photoshoot”?). This can lead to some interesting outcomes when one character starts to take on traits of another. I’ve mentioned in the past that Sakura and Otome began to share speech patterns after they formed PowaPuri with Shion, and if you watch Precure then last year Hime decided to start speaking like Namakelda more and more as time went on. More recently and a bit easier to see is that towards the end of Aikatsu S3 and very much in S4 Hinaki has taken on Kayoko’s manner of speech a bit. 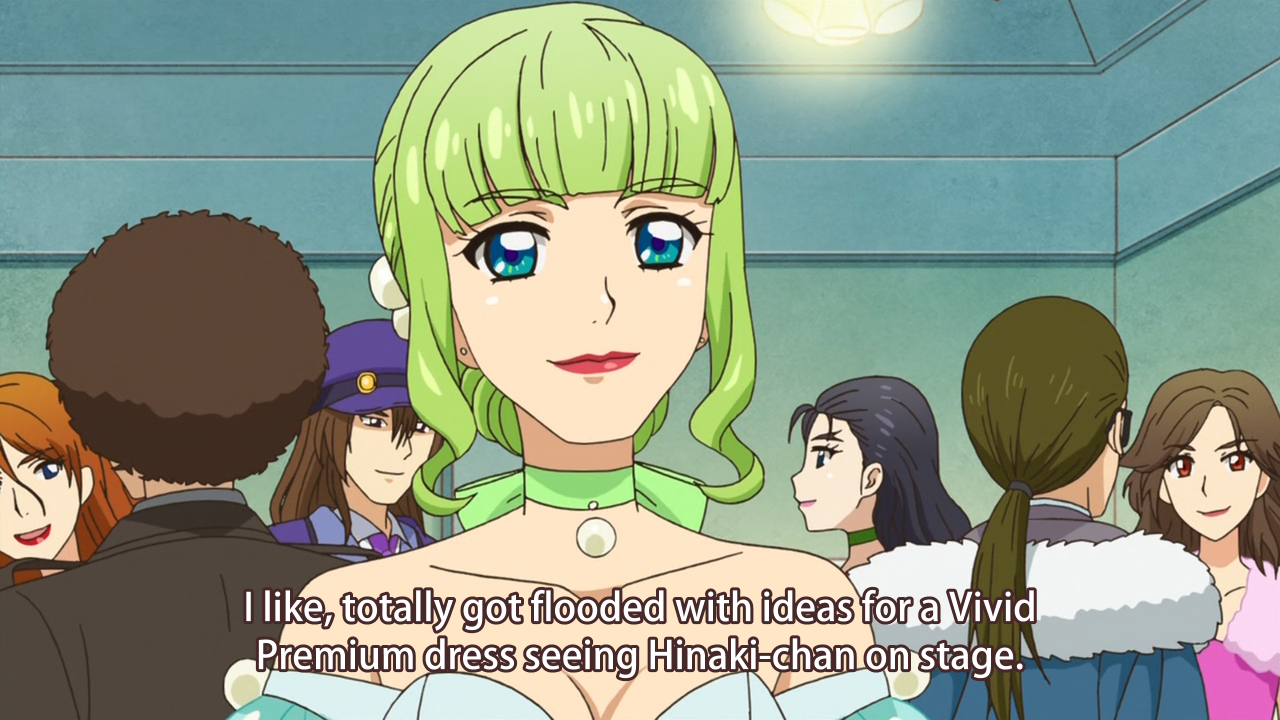 I tried to give Kayoko-san a Valley Girl style accent… 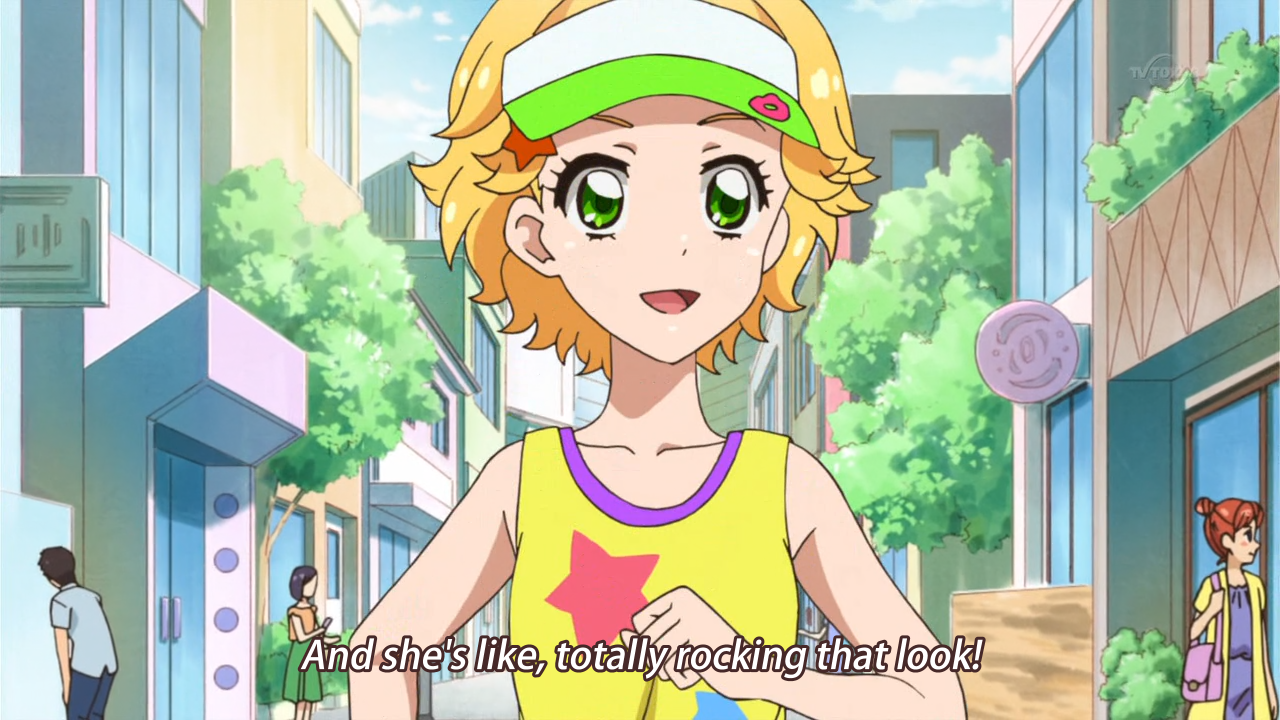 …which Hinaki naturally picks up much later

So at the end of the day, what does this all mean? My view is strongly related to how I used to revere “literal” subs up until the very moment I started subbing for myself. You can find all sorts of translation theory from experts in books and the internet about things like translating meaning instead of words, and using equivalency and localization, but I just want you to know about the effort (or lack thereof) that goes into making each character sound unique. It’s not about making up your own image either; it’s about understanding them and going inside their heads one at a time to find their own voice. That’s how you gain an understanding of characterization, and in the process perhaps learn a little bit about yourself as well.

[This post originally written two weeks prior, before either of Nina’s episodes aired]

Edit: By the way, you can ask me questions and stuff anytime on my ask.fm profile. I like talking about anime and subbing, but shoot for whatever you think is interesting.