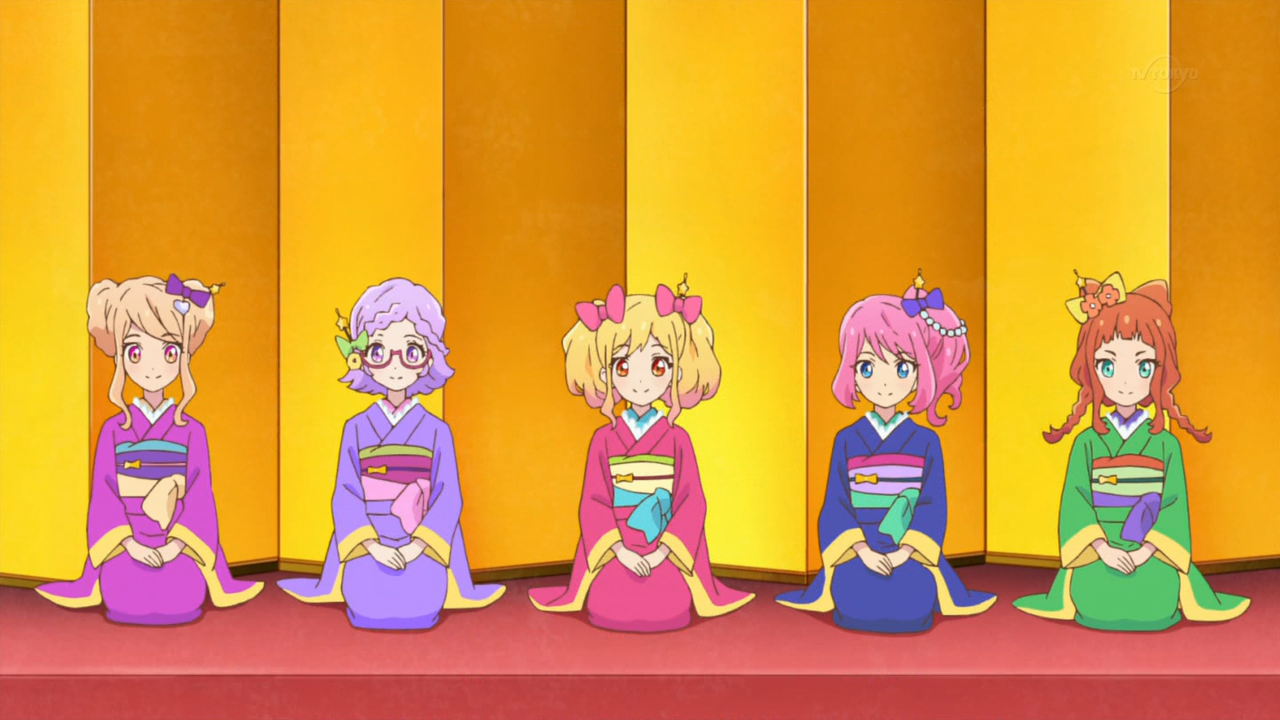 What better way can there be to start off a new year with an Aikatsu drama episode? It was full of little references like who took over the role of certain events repeated in last year’s episode, who did what in the first-year talent show, little notes certain idols made in their scripts for past shows, and more. A couple other things also bear mentioning. For one, “hanetsuki” is referenced. If you’re familiar with other anime that have a New Year episode, it’s that paddle badminton game where whoever drops the shuttlecock gets something drawn on their face with a brush. There’s also a bit of a kanji joke in the middle, but if you look at the signs the meaning should become clear. I do have one slight disappointment with the episode near the end, although it definitely didn’t detract from the quality.