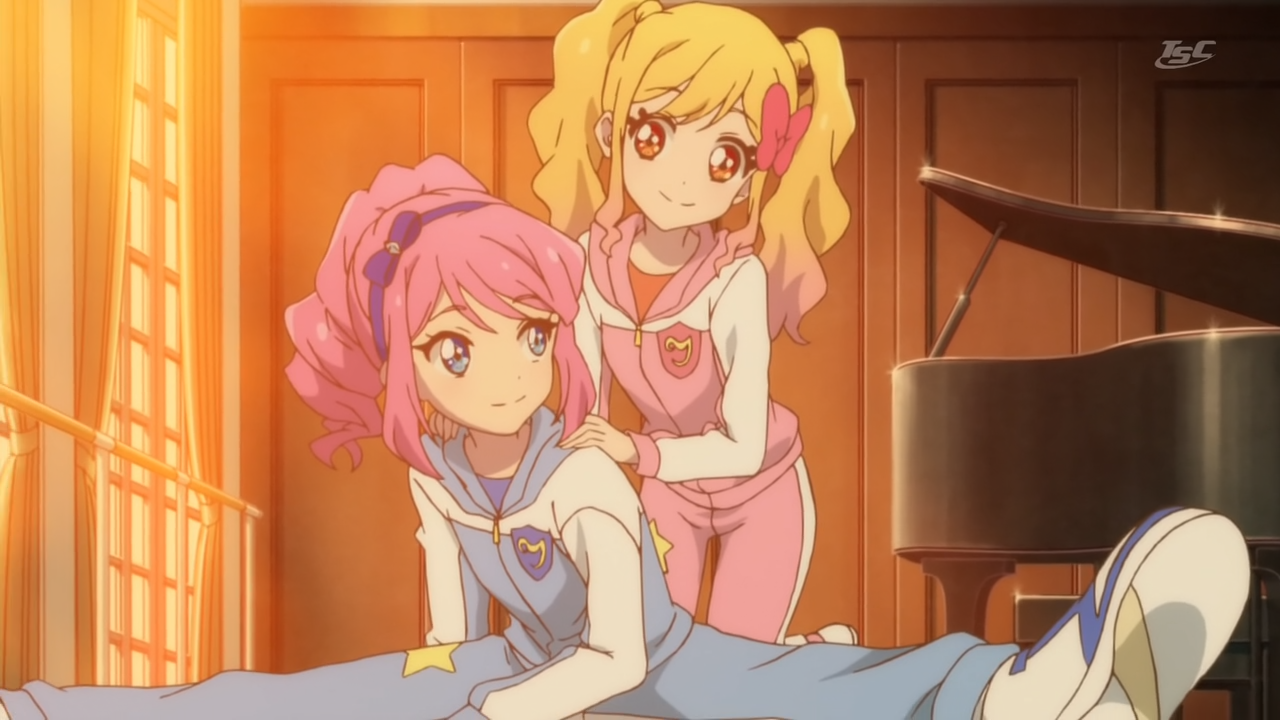 What a completely ordinary and standard Laura episode. I was not surprised at all about anything. I’m sure looking forward to Christmas next week.

(Major spoilers below the break)

Holy. Freaking. Crap. So we have this really great Laura episode where she’s immediately pitted against Elza, and this is following from her rivalry since way back in episode 52 where she dared to insult Yume. She meets Ayano, a runner almost reminiscent of Wota-kun from the original series, and the topic of running away fits what they were doing together too. The direction and voice acting and high quality animation all episode elevate further the delivery of Ayano’s line about already knowing Laura’s an idol and foreshadow her reappearance later on. Through all the training and reflecting, I was so confident Laura would win the Fes all the way until the end of her performance. That is, until Elza cut in. I literally froze in place when she walked onto a brand new stage with a new song, and couldn’t even blink after she transformed into wearing the Sun Dress. Even the lyrics reflect the past two months (and yes, it’s been that long) of Elza sulking alone since her mother abandoned her during the party. While still wiping tears from my eyes after watching Laura fight through the pain of losing yet again and confiding in Yume, a chill went down my spine as Elza laughed like an evil villain while holding her new dress. She’s given up everything to achieve her “goal” of getting the Sun Dress, but who can say whether she’s lost more than she’s gained. All in all I was blown away by the bait-and-switch of stomping over Laura’s dreams the moment Elza came back, but the development for both of them couldn’t have satisfied me more. This was a 10/10 episode, with perfect writing, direction, animation, voice acting, music, and just everything. I’ll shout out Andou the episode director, but also Machida Touko for finally writing an episode this season that wasn’t embarrassing. She also did episode 29 where Laura lost to Yume in the Center Audition, and this was just as good. Can’t wait to see where this heads with only the top four making it to the Final Tournament.