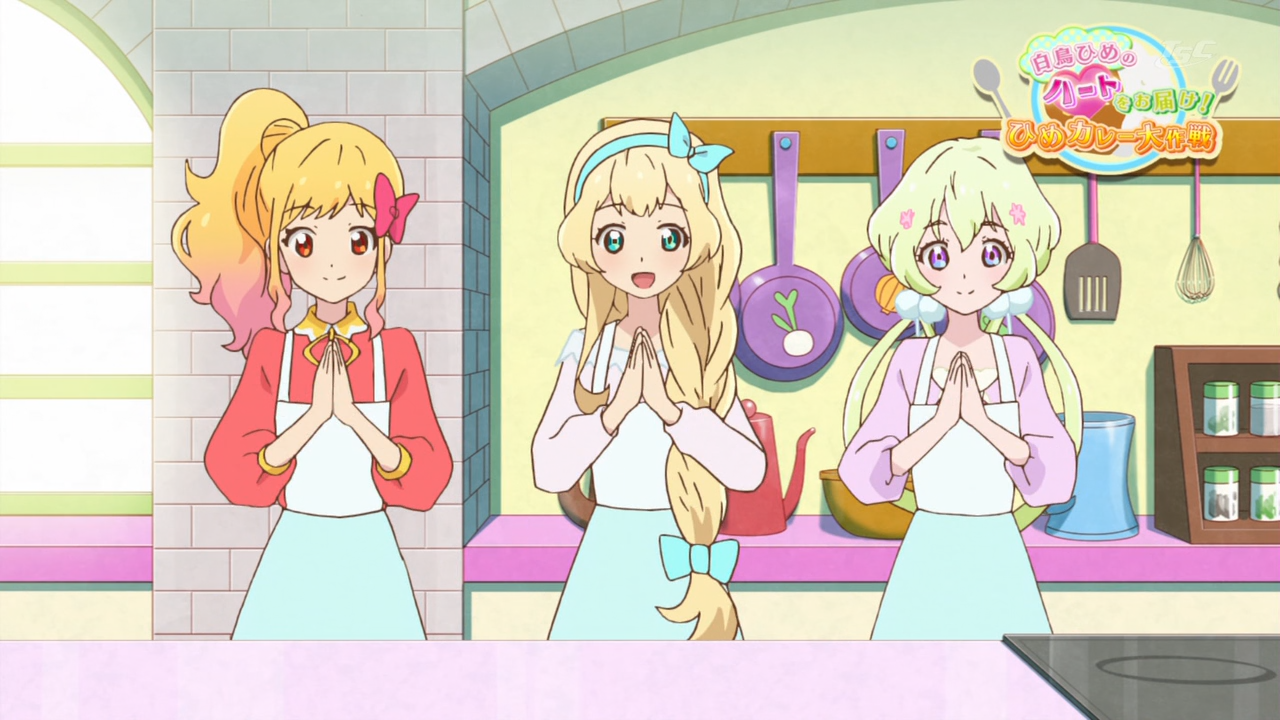 This was a fun and lovely episode. Also pretty cool since a long-time Aikatsu staffer wrote their very first script. Next week may or may not be late due to me being away for the holiday.