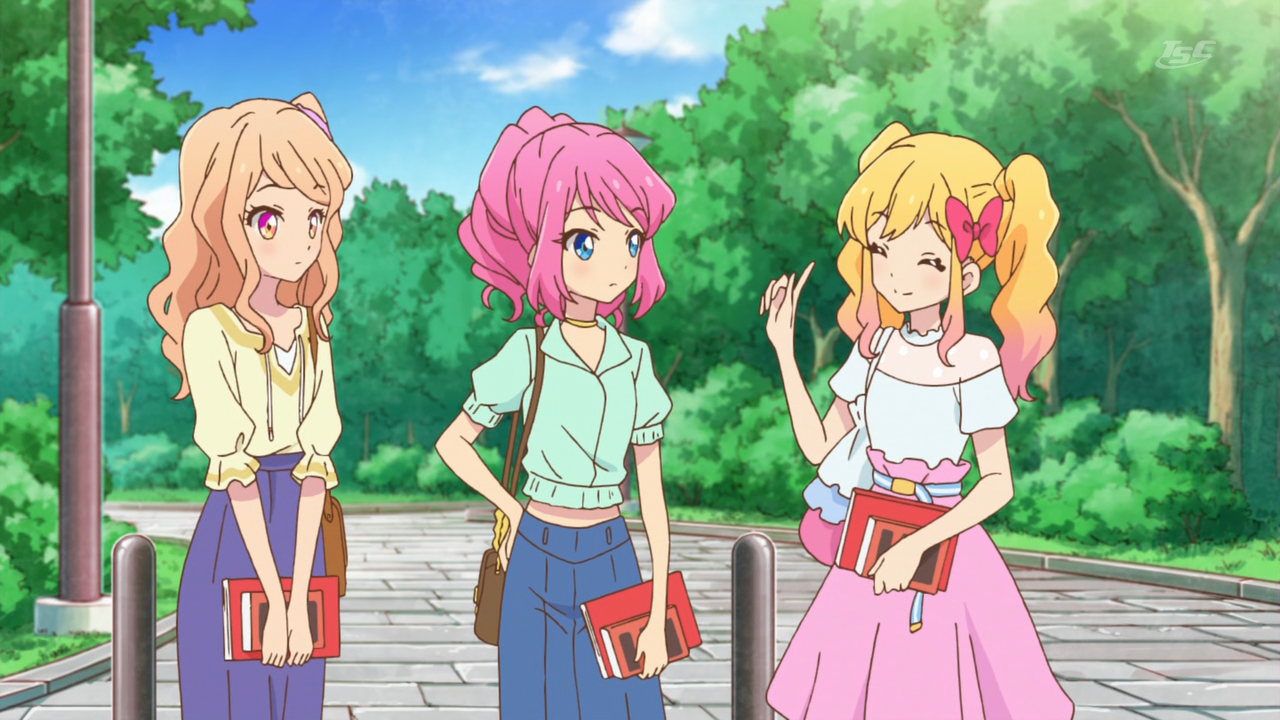 Summer clothes are so nice

You could tell pretty easily that they called in the series compositor this episode as a sort of “here we are” review episode. Every character had their own place in the story, as is her specialty, and things not seen since as early as episode 2 of the show came back through references sprinkled throughout. It felt very “complete” or “whole”. And it was the perfect preparation for the very special episodes coming over the next two weeks.

That said, there are a few things that need noting. Like how Lily attributes this week’s quote to a German poet, when in fact she is referencing an American scientist who is referencing a Roman philosopher. Or how Mahiru’s idea of a good teacher is literally the opposite of what a real proper teacher is like. Or how Yume snuck in a certain meme during the middle of the episode. But with that in mind, it was well crafted, and basically was a fun way to have the moral of the summer for the kids.

We’ve moved servers, but due to my incompetence our seedbox and XDCC aren’t up yet. I’ll get to it this week, but for now you shouldn’t notice any terribly different things.