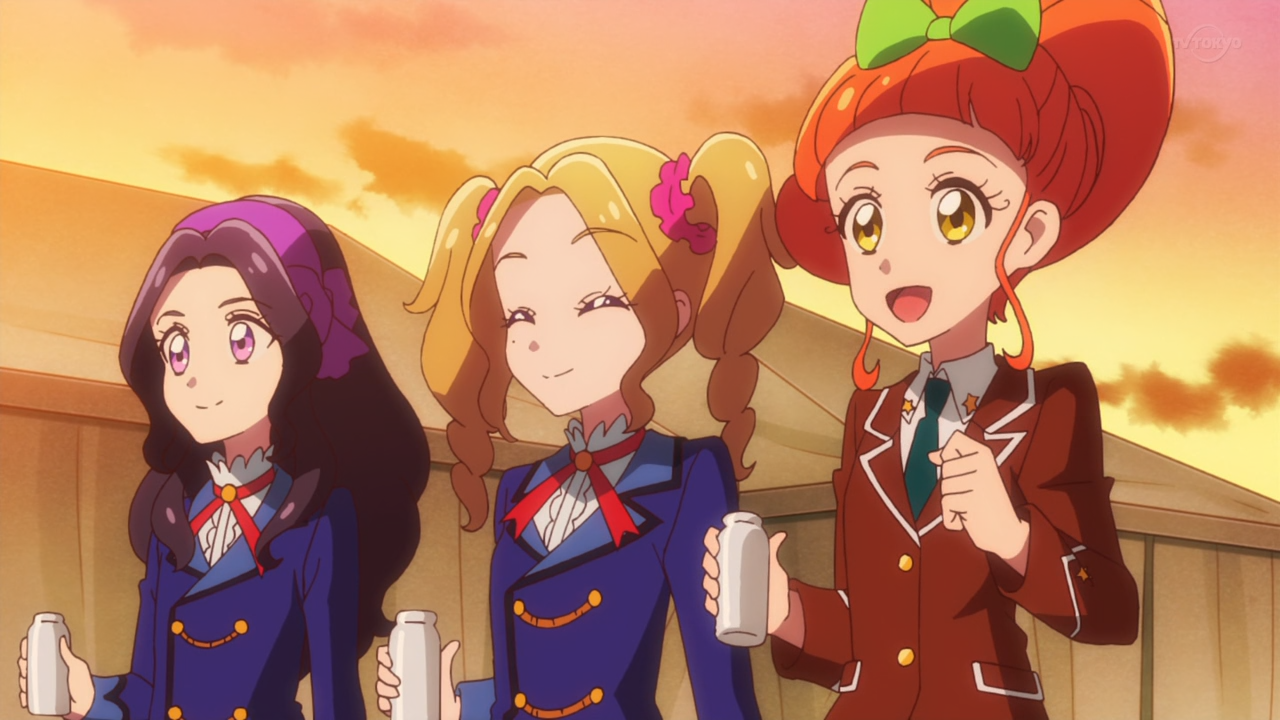 The world is centered around local idols!

Man, not only was this a festival of locadols, it very seamlessly led into the upcoming arc. More than just a feelgood episode, it again utilized the past foundations of Aikatsu to nurture Raki as well, and set up her next steps. But mainly, it was just a ton of fun.

You may have heard, but they announced that there will be a “Big Announcement” on Sunday, March 8th, in two weeks. Nobody knows what it is. If somebody says they do, it would be to your benefit not to listen. Please don’t spread rumors here either. Thank you, and look forward to it.