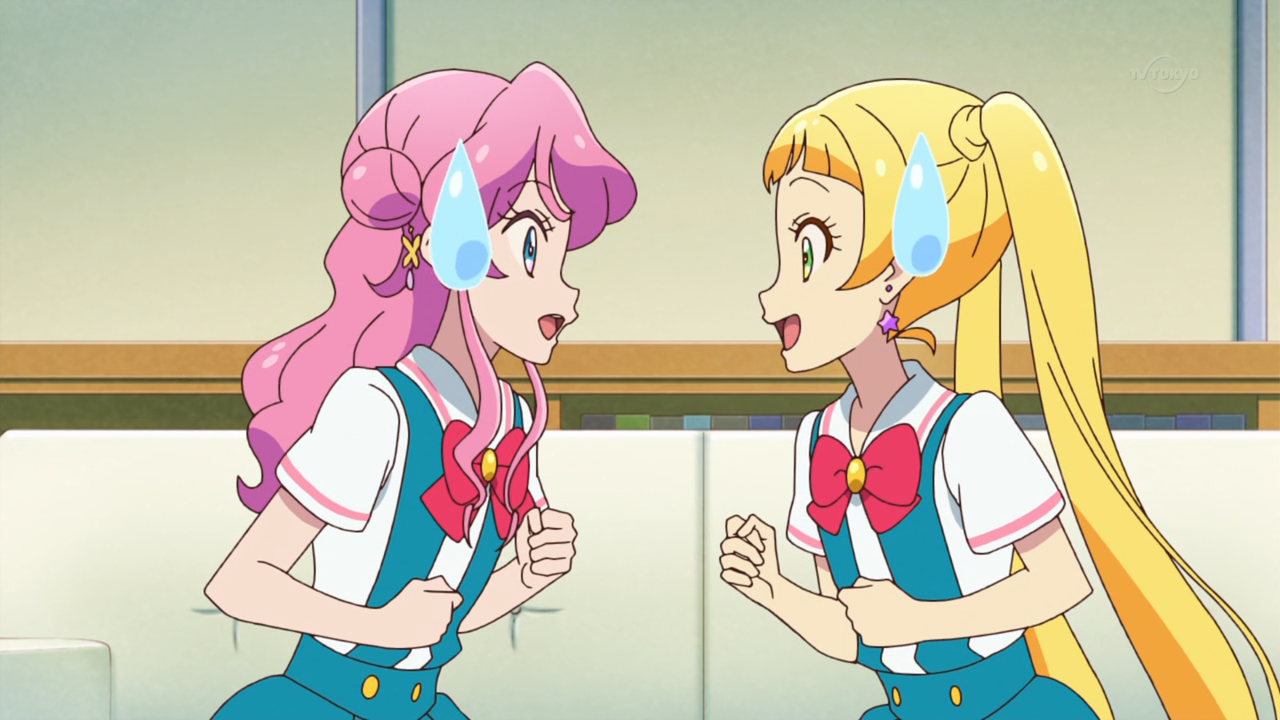 What do you mean summer uniforms only last for two months?

They would’ve needed them if they were in LA last week for Anime Expo with 110+ degree weather. What a wonderful development episode for Honey Cat, really going far above and beyond what an uninitiated would expect from a children’s cartoon. I don’t want to say too much and just leave you to enjoy it on your own, but there is one note I’ll be putting below the break, so check that out after you watch. Also, important note: No new episode this week because Pokemon decided they wanted to be so important and steal the timeslot. Episode 15 will be one week from today/tomorrow.

My own trip to AX was pretty amazing too. I don’t have a huge, emotional essay to write like last time, but again to everyone I met, thanks for being awesome. My own highlights were meeting my personal idol Okada Mari and getting her autograph (three times), all the other directors, producers, and artists I got signatures from, the magical experience of coincidentally meeting two i☆Ris members in person at the Pretty series cosplay meetup before their concert (which was just as incredible), seeing the Kase-san overseas premiere, and all the other great stuff I experienced. I’ll be looking forward to seeing some more of you the next time I venture out!

I wanted to make a note about the title of their song, 個X個（きみかけるわたし）. The title as written in kanji means personality times/multiplied by personality, but the reading of it is “you times me”. While representing that Maika and Ema are strong individuals with their own characteristics, by multiplying them together, you get a far greater product. Also, it sounds really cute.