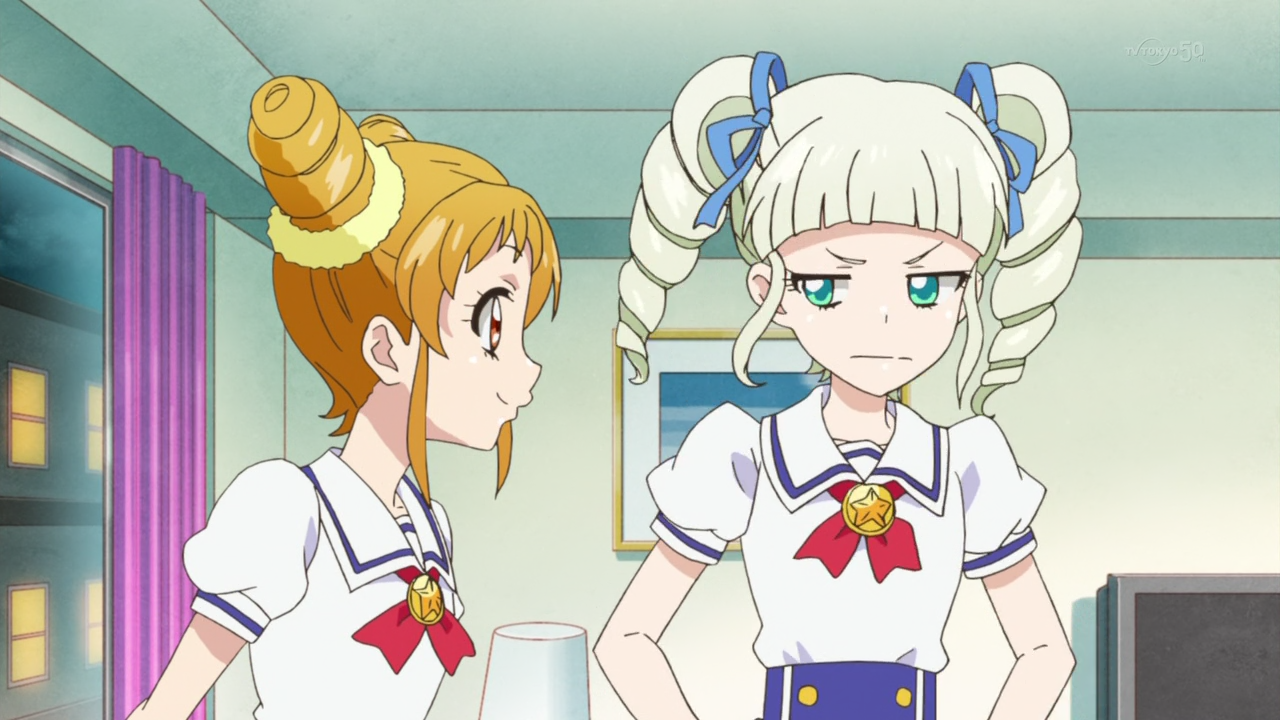 Some amount of non-negative thanks to Yuyu for something or other.

Akatsukin notes: We finally find out the name of the guy who announces everything. His name is 徳井十九 (tokui tohku), pronounced the same as 得意トーク, which translated means “skilled at talking/announcing/commentating”. Now if only that Arai Satomi announcer would come back…
Thoughts on Mizuki after the break.

So something interesting about the way Mizuki refers to everyone. This is taken just from the recap scene.

Here’s my take on it. Mizuki respects Otome as Starlight Queen and as a very skilled idol, but is keeping a little bit of distance.

She refers to Sora and Seira with -chan, which is how she originally referred to Ichigo up until their joint concert way back in season 1. It’s not that she’s looking down at them, but more like she sees them as cute younger girls, but not rivals in Aikatsu.

Finally, she calls Ichigo and Mikuru only by their first names. Let me note that Mizuki went Ichigo-chan -> Hoshimiya -> Ichigo over the series. The middle point here is similar to how I explained Otome; she [at least tries] to see her as an equal, but not one who she’s very close to. It shows respect but distance. But now, she’s on a simple first-name basis with her. This shows a very close form of respect. They’ve been through a lot together, competed and stood alongside each other, and have come very far. I don’t know how long it’s been, but this is a significant point in their development. It’s more complex than when we were discussing Ichigo a few days ago, and it shows just how much care goes into these characters. Or perhaps not. Maybe this sort of thing is natural to Japanese people, but it’s interesting from my perspective to break it down and analyze it.