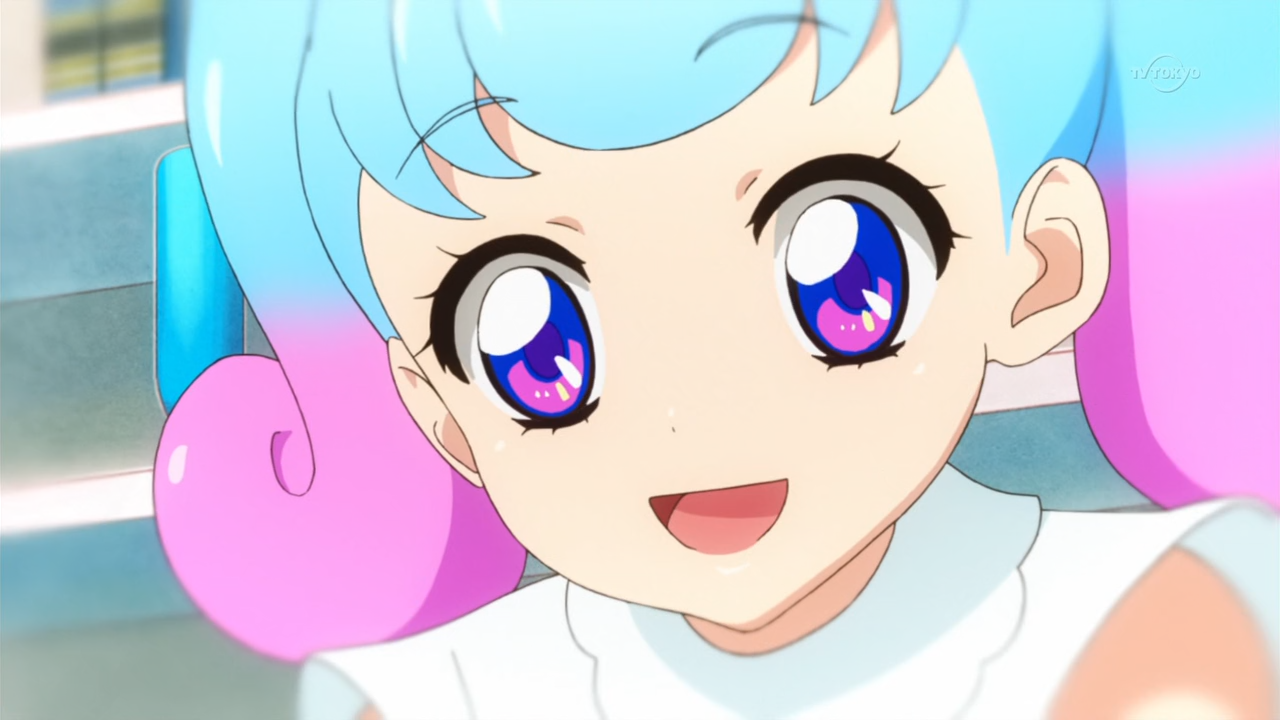 Aikatsu has the most delicious designs

Oh boy, what an episode to have right in the middle of me writing a special post I was going to put up soon (you’ll see why I bring this up). This Thanksgiving, I was thankful that nobody asked me where subs for 161 were until it released.

Couple of notes this time. I think the first is the word “sabermetric”, some obscure baseball term I was requested to keep which basically means a statistical, calculative, or analytical approach. Her brand, Crazy PaniQ, is actually Mecha PaniQ, “mecha” めちゃ being Kansai dialect for pretty much what we used. The reason it was changed besides to match what we had was the fact that the word “mecha” means, well, “mech”, like a giant robot to English speakers. Go figure. The last thing is the mention that there’s French in her song. Does that mean I had free reign to make the Kansai dialect French? I’ll have to ask a certain cat if that’s alright.