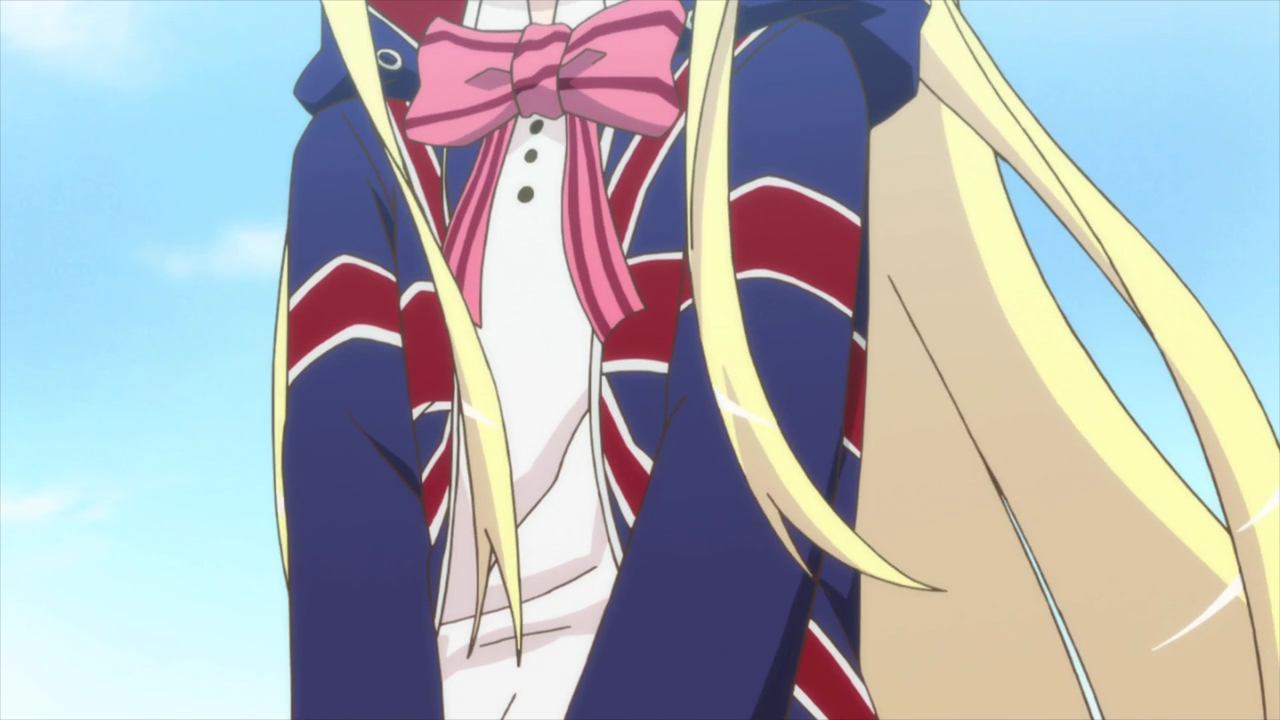 Yuyu, who does the encoding, turned a little invisible today, so we’re releasing with HS video today. There will be a v1 eventually, probably, with non-HS video. 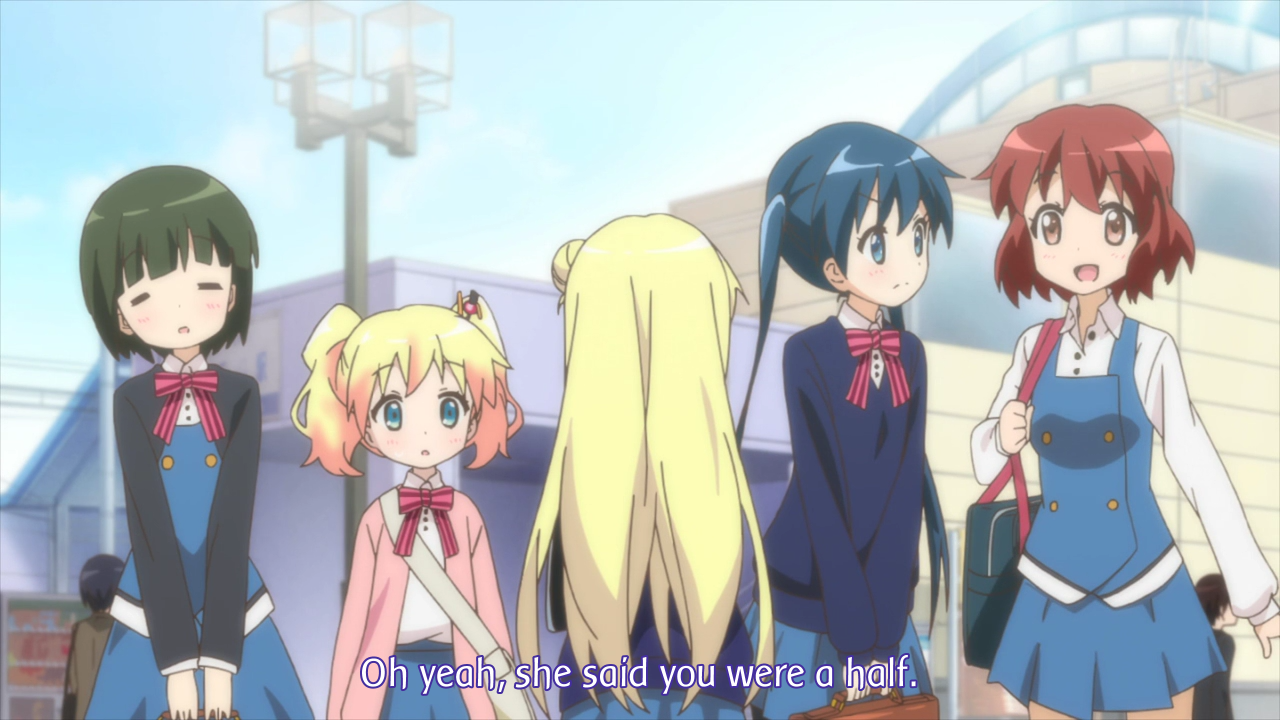 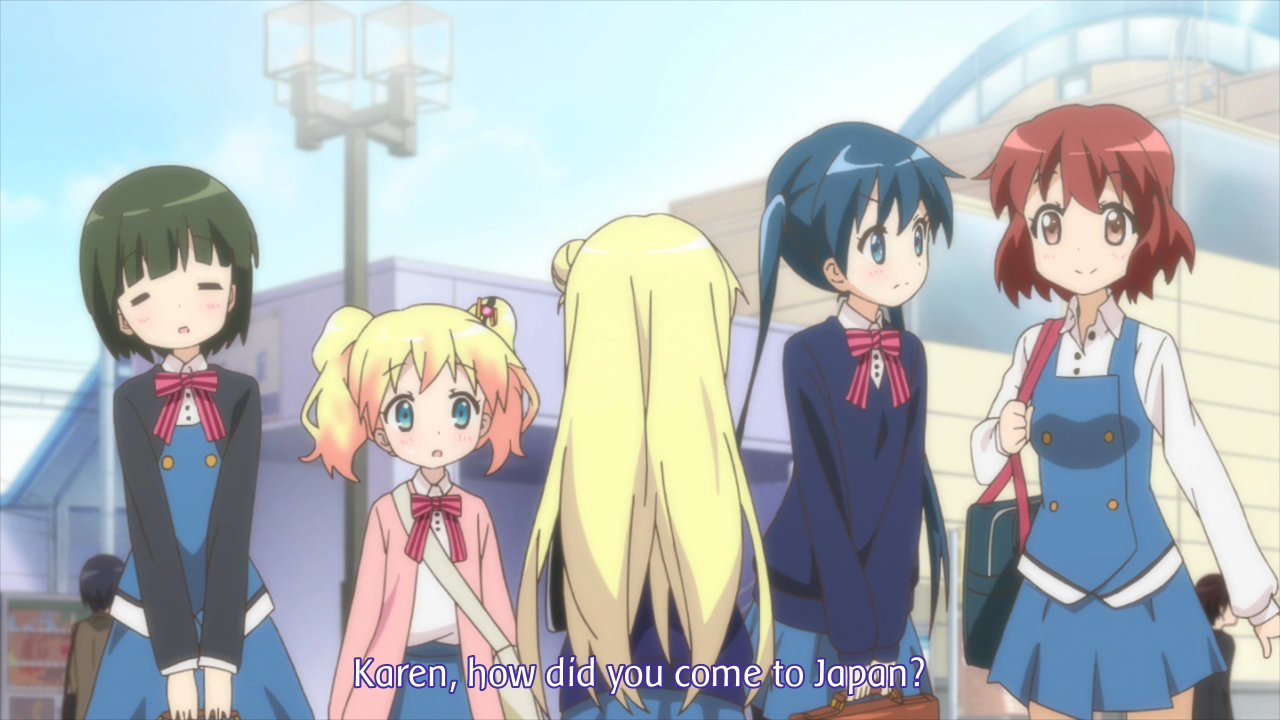 “Nande” here can mean both “with what” and “why” (though it normally means “why”). Karen is interpreting it as “with what did you come to Japan” (i.e. airplane). 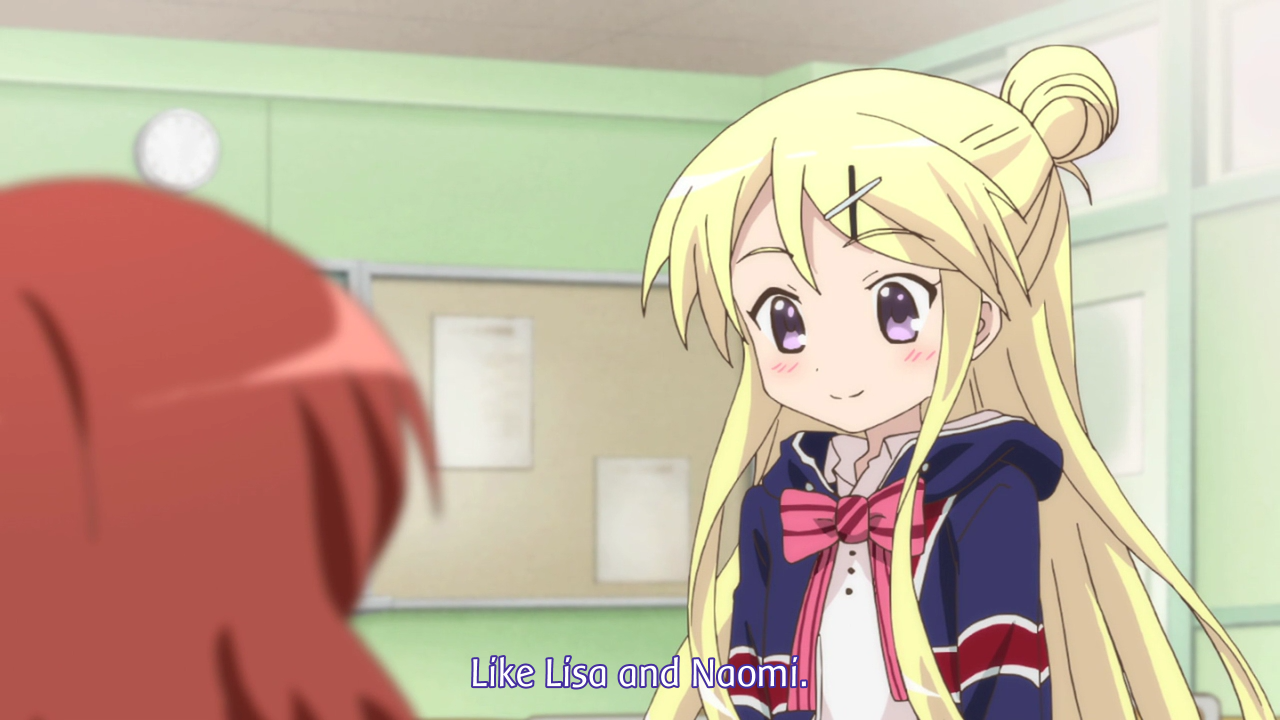 The Japanese version of the name is usually written Risa, of course. 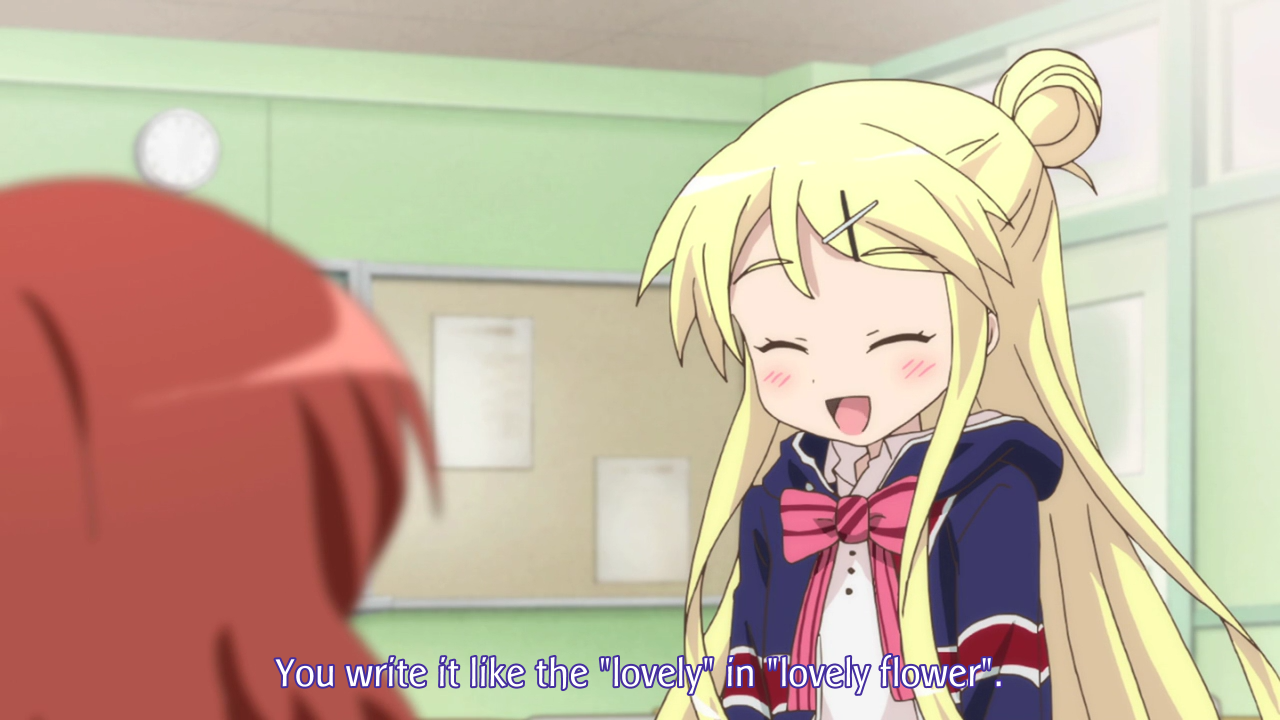 I’m not sure exactly what I wanted to explain here, but I’m sure you can figure it out for yourselves. 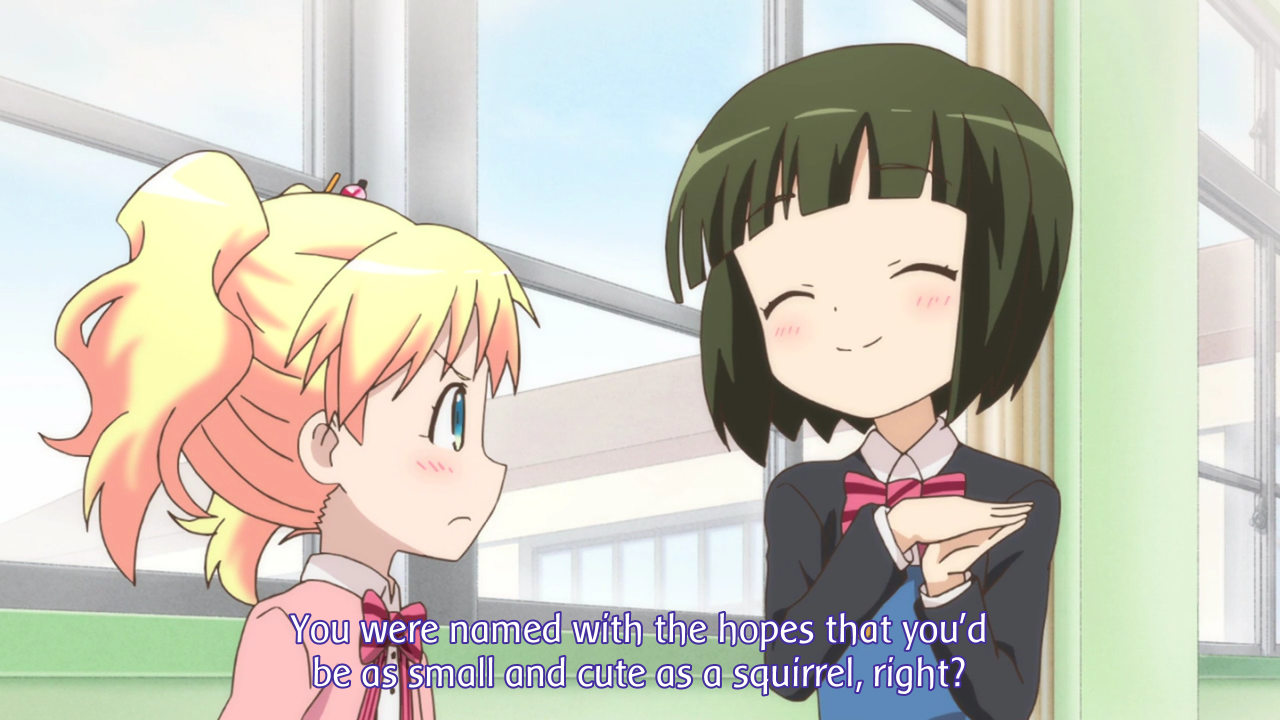 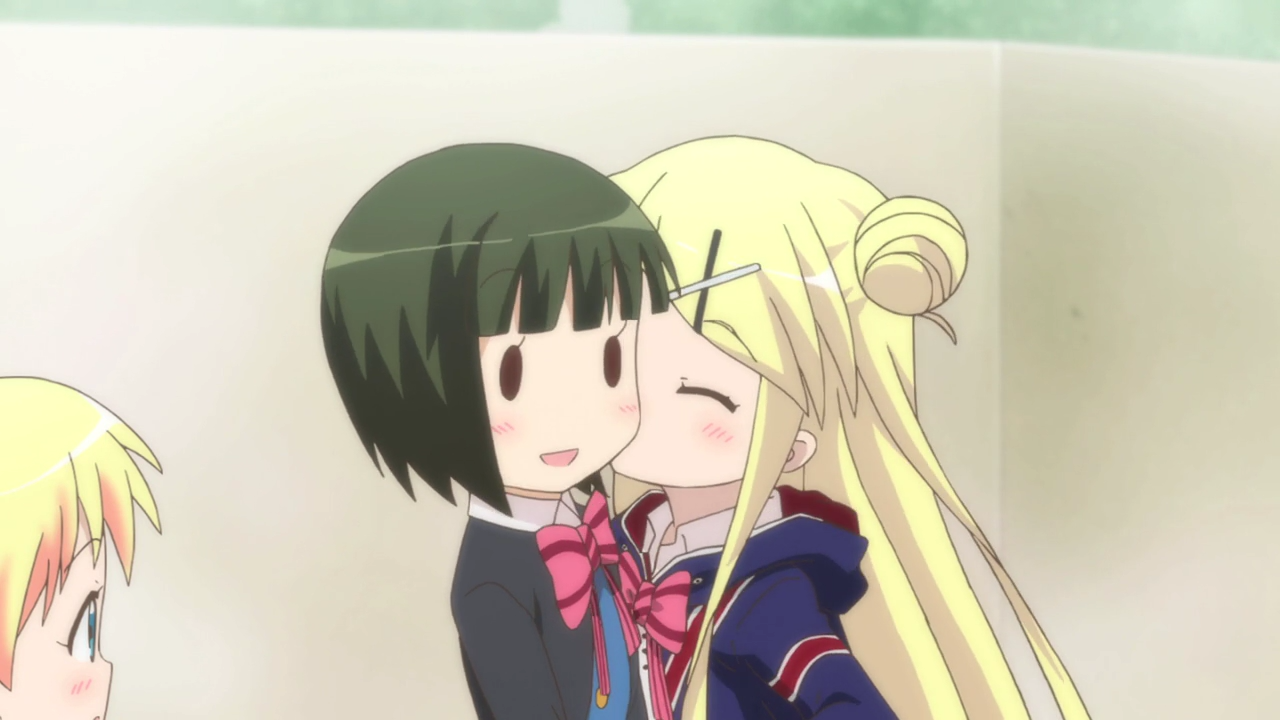 English people are stereotypically outgoing and not reserved at all, right? 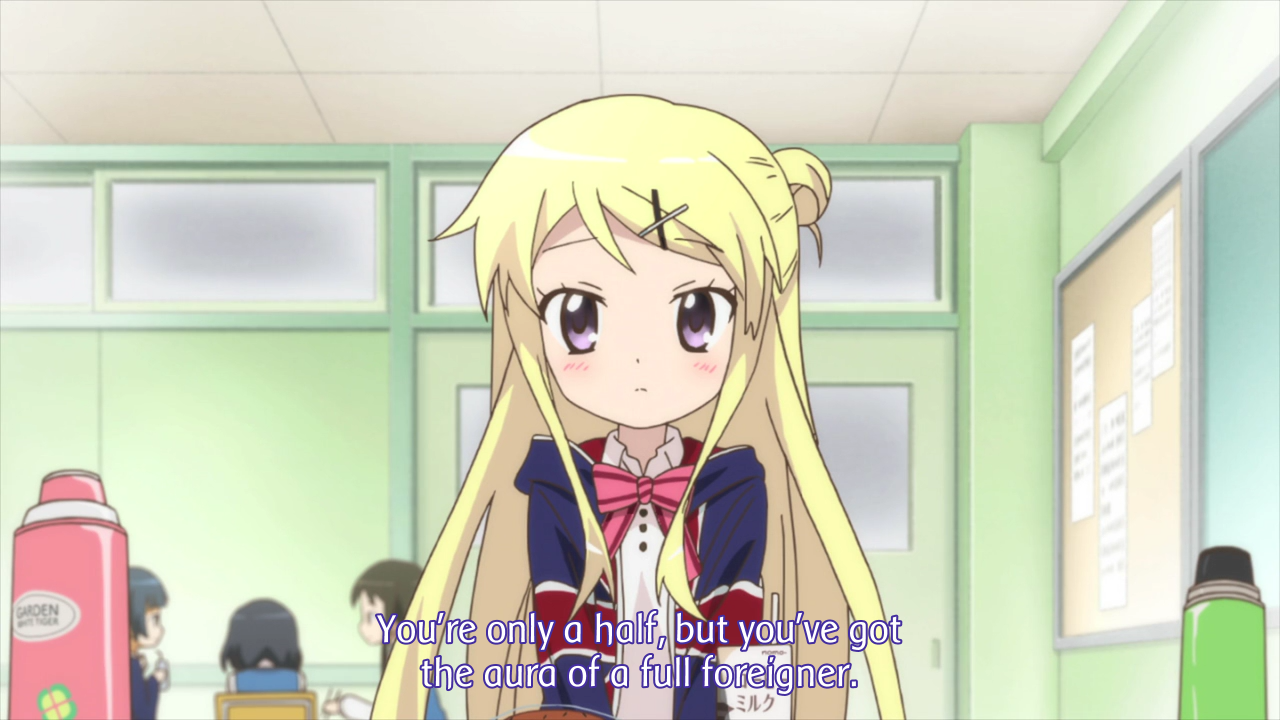 “Full foreigner” here does not mean losing a game of Starcraft that you had 100% won. 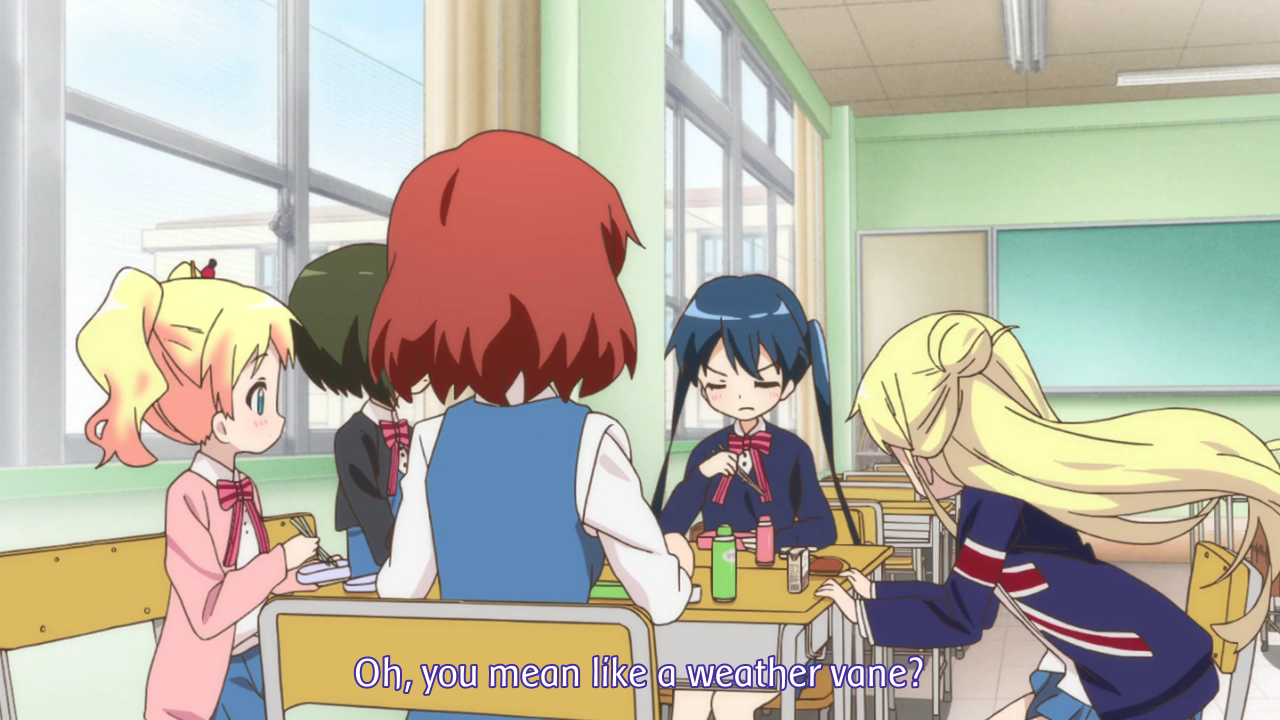 The reason why it’s even remotely possible that Karen thinks Aya is talking about being a weather vane when she says “read the mood/atmosphere” is because “weather vane” in Japanese also refers to someone who is opportunistic and goes with whatever’s having the most success (like a fair weather fan). 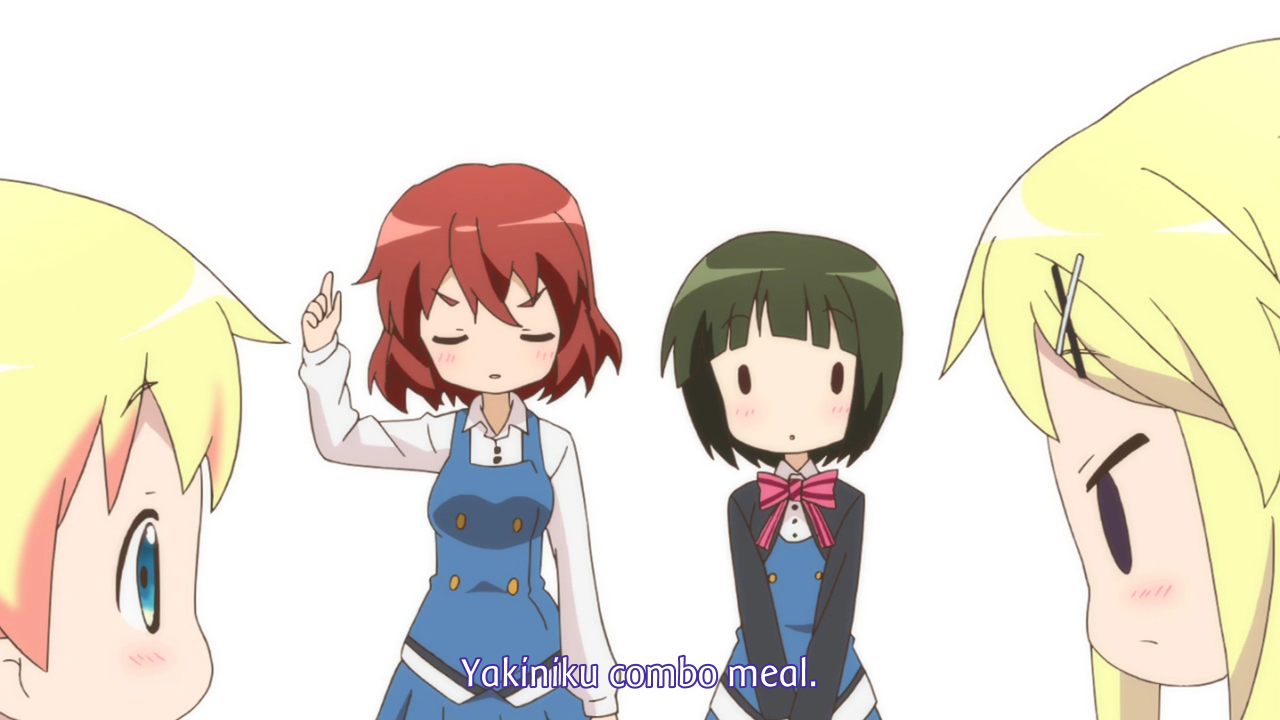 Four-character phrases are a thing. Alice and Karen are naming actual ones, but, as you can probably tell, Youko and Shinobu aren’t. 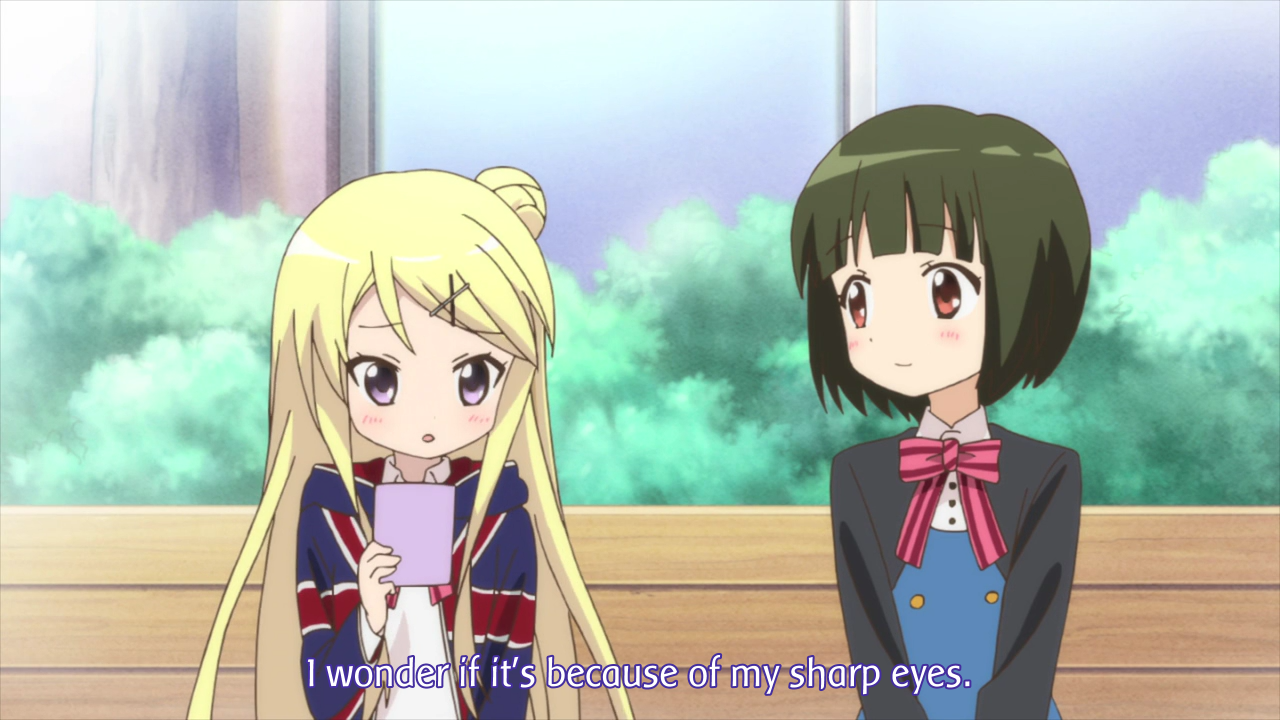 I kind of wanted to go with “tsundere eyes” since that’s really the only context I’ve ever seen it used. Tsurime are the upturned eyes that most tsundere anime characters have. 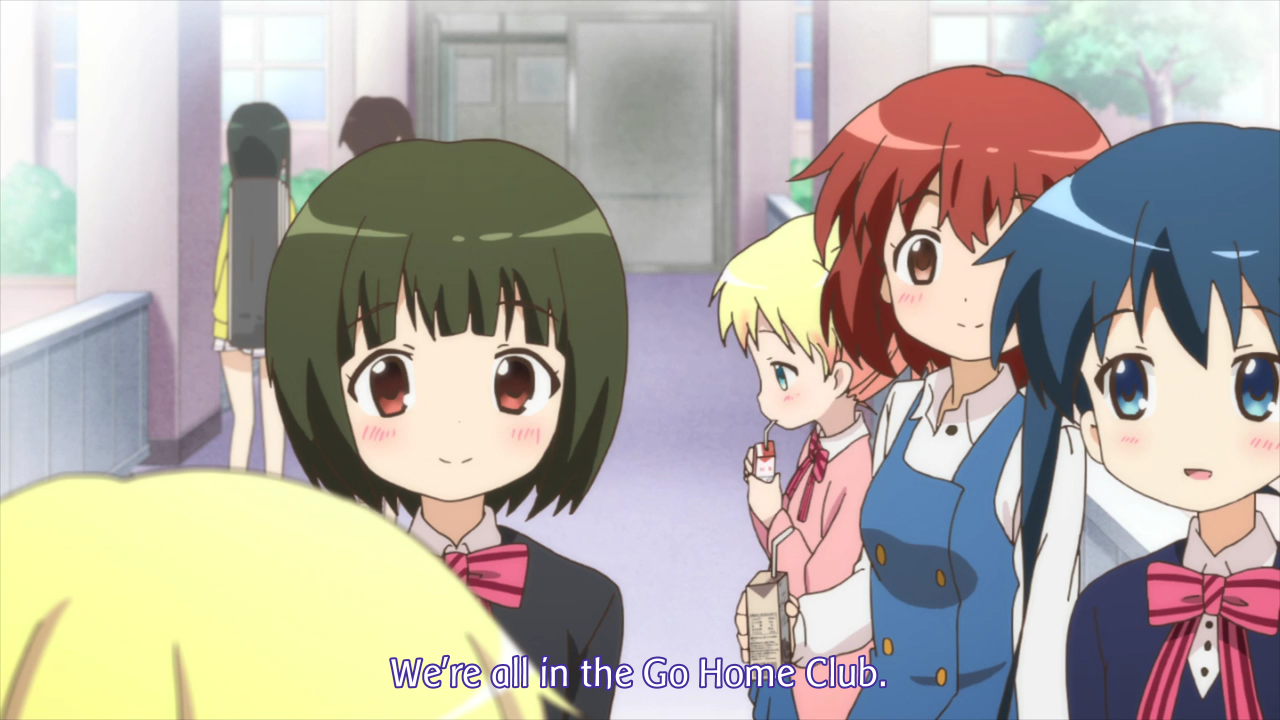 When you’re not in a club, you go home after school. So people call it the “Go Home Club”. Clever, right? 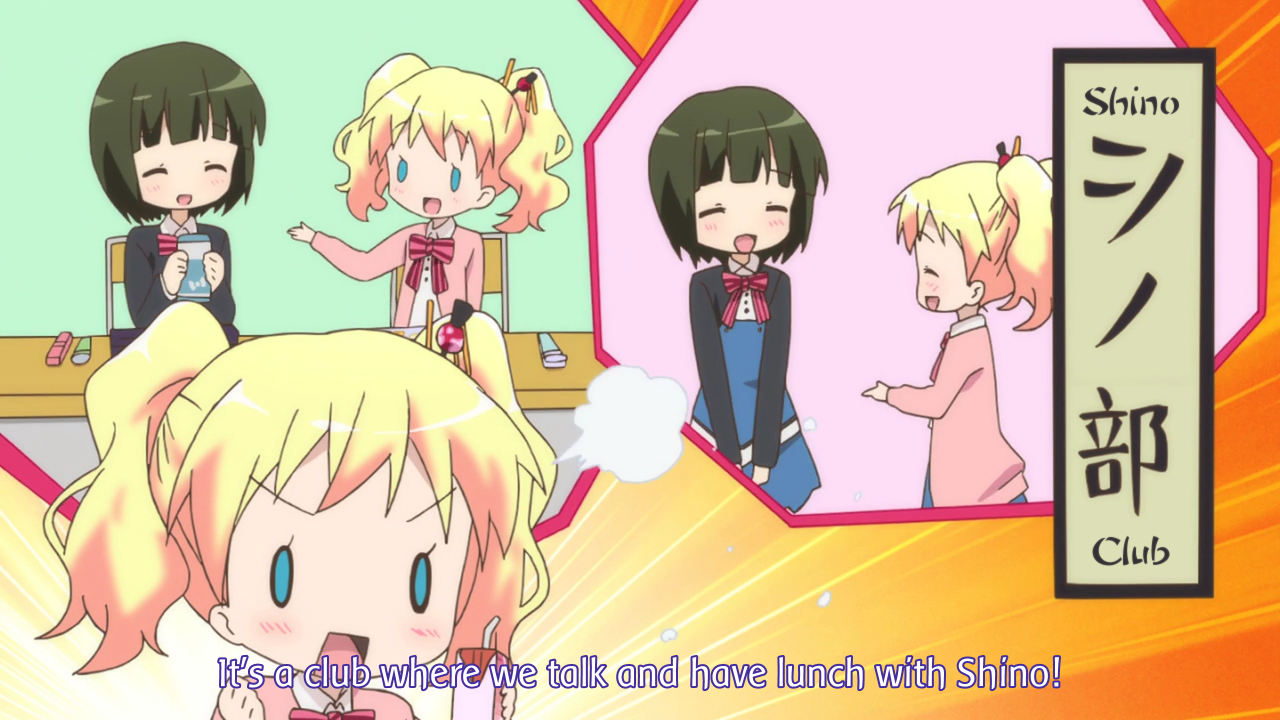