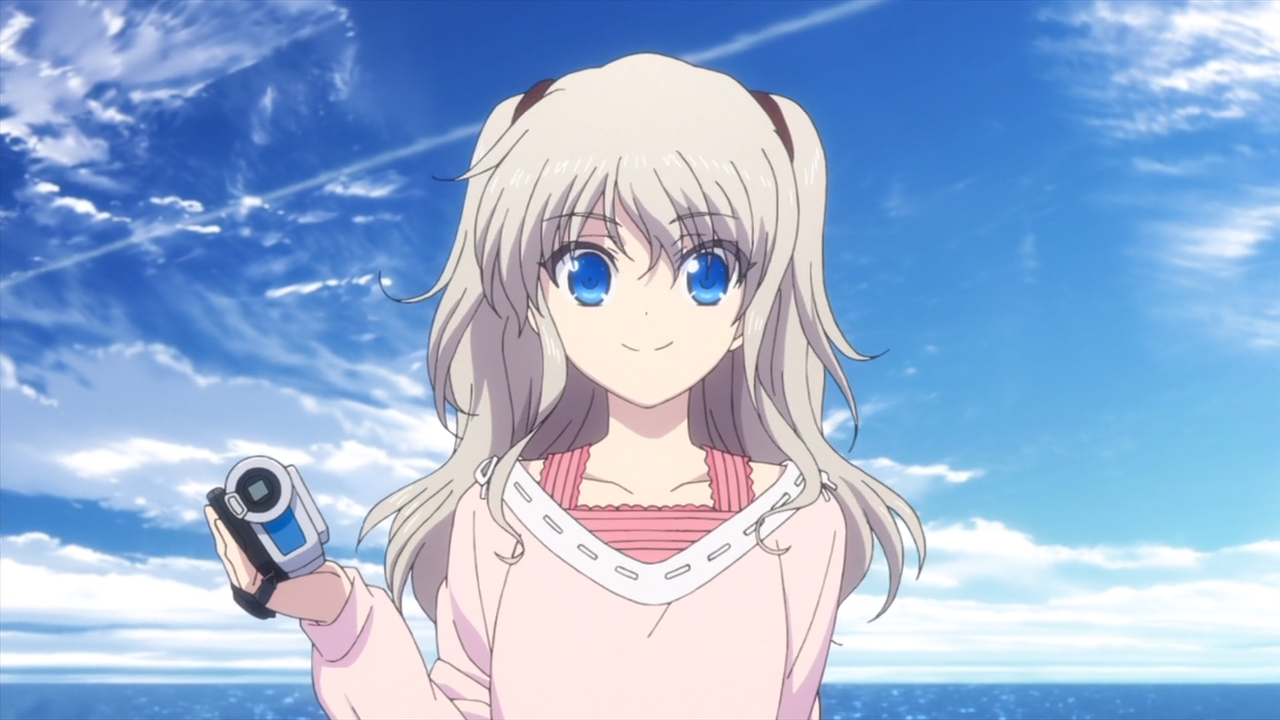 This is a thing that I probably should have been doing for all our shows, but whatever. I didn’t keep track of all the decision-y things we decided, so this is just off the top of my head. I’ll add to it if I think of more. Spoilers, of course.

Ability/Power
This was a bit of an arbitrary decision. Power sounded nicer most of the time and you can use “superpower” as an alternate occasionally. What’s really a shame, though, is that we never found a catchy and succinct way to say “person with powers”.

Ability names
In the beginning half of the series, the writers made a point of showing that all the powers were “defective” in some way, like they were flawed versions of canonical powers. This is supported by hints in the opening animation (where Tomori’s power is hinted to be “Telepathy”, etc.). All this kinda implies that we should be referring to Takajou’s power as Teleportation (capitalized), Tomori’s as Telepathy (capitalized), etc., but there’s also the fact that they completely disregarded the whole defective power thing in the end, so…

Charlotte
The Japanese name for the comet whose dust causes the powers is シャーロット彗星 (Charlotte comet). This could have been rendered “Charlotte’s comet”, “the Charlotte comet”, or as we put it in the series, just “Charlotte”. It’s worth noting that other comets, like Halley’s comet, follow the same pattern in Japanese (ハレー彗星), so “Charlotte’s comet” probably made the most sense. Maybe we’ll do that in the batch.

Courage/Bravery
In an odd but nice scene near the end, a Chinese girl whose power is courage/bravery stands up to defend Yuu from a bounty hunter. Disregarding how that scene doesn’t really make sense, we had a choice of whether to call her power “courage” or “bravery”. The argument for “courage” is that it sounds better. The argument for “bravery” is that the title of the opening theme is “Bravely You”. We chose courage because it sounded better.

Mahjong terms
Along with the individual choices on which terms to use for specific things, there are several overall stylistic things to consider. First is that you should be consistent and use only English terms or only Japanese terms (or only Chinese terms). This means if you want to use terms like “reach” and “peace hand” for リーチ and 平和, you’d better use “little three dragons” and “set”/”three/four-of-a-kind” for 小三元 and 刻子 (I’m looking at you, people who did Saki for Crunchyroll). Second is—actually, I don’t remember what else I was going to write.

Meaningful names
There are several name-names whose meanings get talked about in the show. My personal favorite way to do it is with ruby text (like how we did Hoshi-no-umi in the first episode), but evidently that’s not very well accepted. My second-favorite way to do it is by translating the name, but that isn’t always practical. For completeness’ sake, I’ll note here that Yusa’s real last name, Kurobane, means “black feather”, and her stage last name, Nishimori, means “west wood”.

Sala/Sara
She signs her name as Sala, but her name shows up as Sara in the credits. It’s also Sala on the series’ official website. Gonna chalk this up to whoever doing the credits not getting with the program.

Sense/style
It took us some time to figure out how we would render Misa’s thing. センス (“sense”) in Japanese means something more like, uh, “good taste”, which is how you get translations like “she has bad naming sense”. We were determined not to use the English word “sense” as a one-to-one translation for センス (as that would be incorrect), but the alternatives didn’t seem all that appealing at first. The first solution we had (which you’ll see in the first few episodes of the TV release) was to use the English word “sense”, but in ways that would make, uh, sense. That’s how we had lines like “I can hit it! I can sense it!” instead of “I can hit this with my [センス]!” This was always going to be unsustainable, but luckily, “style” works, usually.

ZHIEND
ZHIEND is a fancy “hip” way to write “the end”, and there was a line in episode… five-ish where Sala says “the end” in English-ish, and we could have rendered it as “the end” or as “zhi end”. We chose “the end” because apparently we thought that the reference was obvious. I didn’t think it would be that obvious but we apparently did.