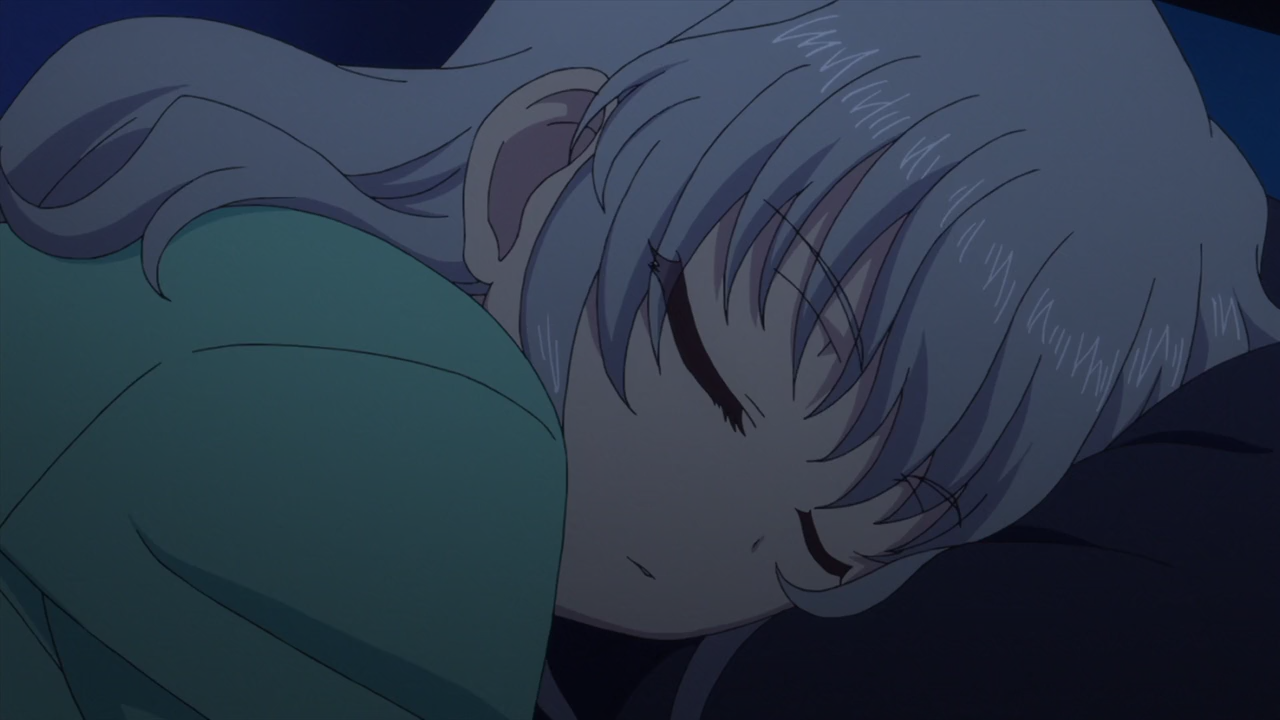 I don’t like this lack of Tomori we’re having.

Wikipedia tells me that the cutoff between long-period comets and short-period comets is a 200-year period. But 75 is clearly less than 200, so what gives, Maeda? (And yes, those definitions apply to 長(周)期彗星 and 短(周)期彗星 as well.)

Mahjong after the break.

There are several mahjong terms in this episode. I used Japanese terms because I figured it was more likely you guys would know what those meant, and because there isn’t really an English standard, and even where there’s more or less an accepted version, it’s usually terrible.

Riichi: Declaration that one’s closed hand is one tile from winning, accompanied by a 1,000-point bet into the pot. Declaring riichi increases your hand’s yaku value by one, but also restricts you to discarding every tile you draw that doesn’t complete your hand immediately (unless it forms a kan that doesn’t change your hand).

Ron: Declaration that the last discard completes your hand. The discarder pays the full value of your hand.

Yakuhai: A set of three or four yakuhai, or tiles that have value associated with them. These are the three virtues chun, hatsu, and haku, the round wind, and your seat wind.

Shousangen: Also known as “little three dragons”, this is a full three/four-tile set of two of chun/hatsu/haku and a pair of the third.

Honitsu: Also known as “half flush”, this is when your hand consists entirely of one of the three suits along with honor tiles.

Toitoi: Also known as something dumb, probably. I don’t know what it’s called in English. This is when your hand consists of only sets (triples/quadruples of the same tile) and your pair.

Why did I even type that all out? If you know enough about mahjong to understand it, you don’t need the explanation, and if you don’t play mahjong, you don’t care.