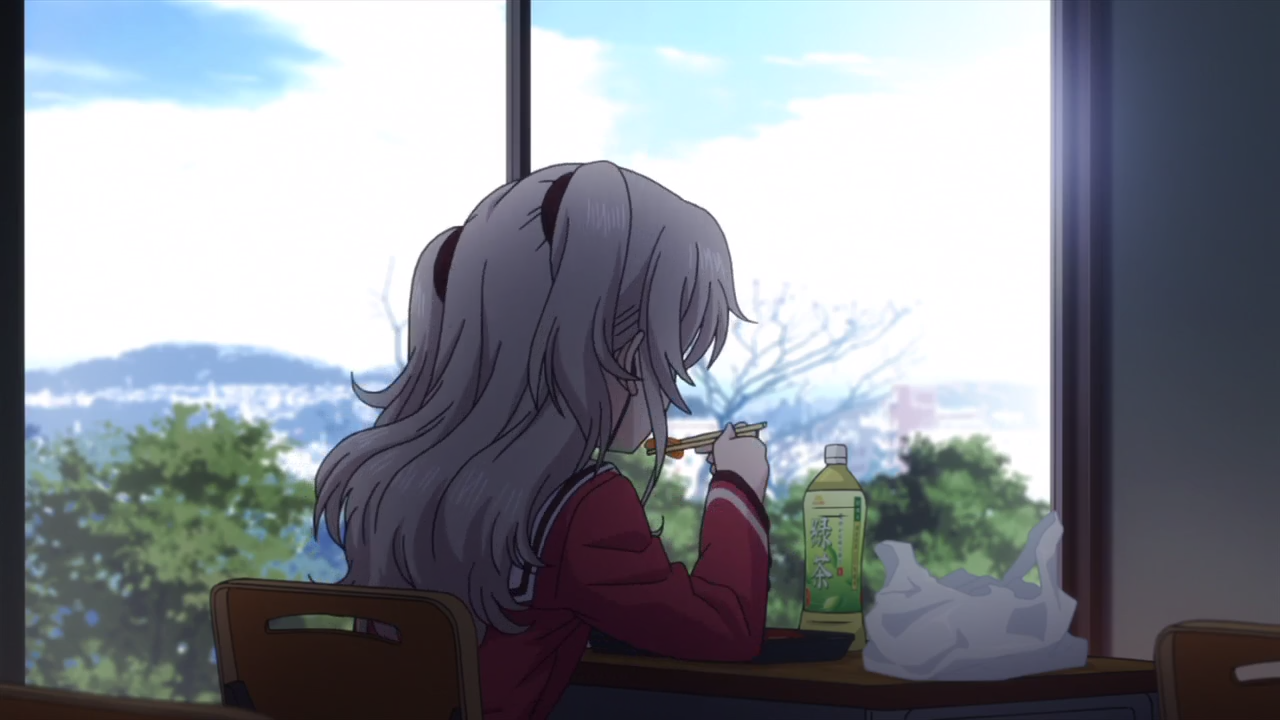 I hear everyone hates her. If so, everyone is wrong.

Joint with Good Job! Media. Like, 90% of the delay was caused by karaoke effects-ing. I haven’t seen them myself, but they’re probably worth the wait. And maybe we should just call this “on time” future episodes are either “on time” or “early”.

Today I found out that lots of people prefer to split words like “zutto” as “zu-tto” when said as two syllables. They’re all wrong, by the way. My way is always the right way, and I use “zut-to”.

ZHIEND is a fancy “the end”.

Notes on power names after the break.

Anyway, there’s been some discussion on the translation of 瞬間移動 (Takajou’s power). We have it as “breakneck movement”. Typically, 瞬間移動, whose components suggest “instantaneous movement”, is translated as “teleportation” (in fact, I think that’s what I translated it as in Brynhildr, for Kotori’s power), but here I decided to choose something different because

Now, there’s probably a reason they use 瞬間移動 for movement that’s not quite instantaneous, which is likely connected with the defectiveness of their powers, so maybe this’ll come back to haunt us in the future. Fingers crossed though!

Also, for what it’s worth, the official site lists his power as “Instant Movement (High-Speed Movement)”.

(And this is my second consecutive show with scientists experimenting on superpower people with astronomy kinda involved. I didn’t know I was into this kind of stuff…)