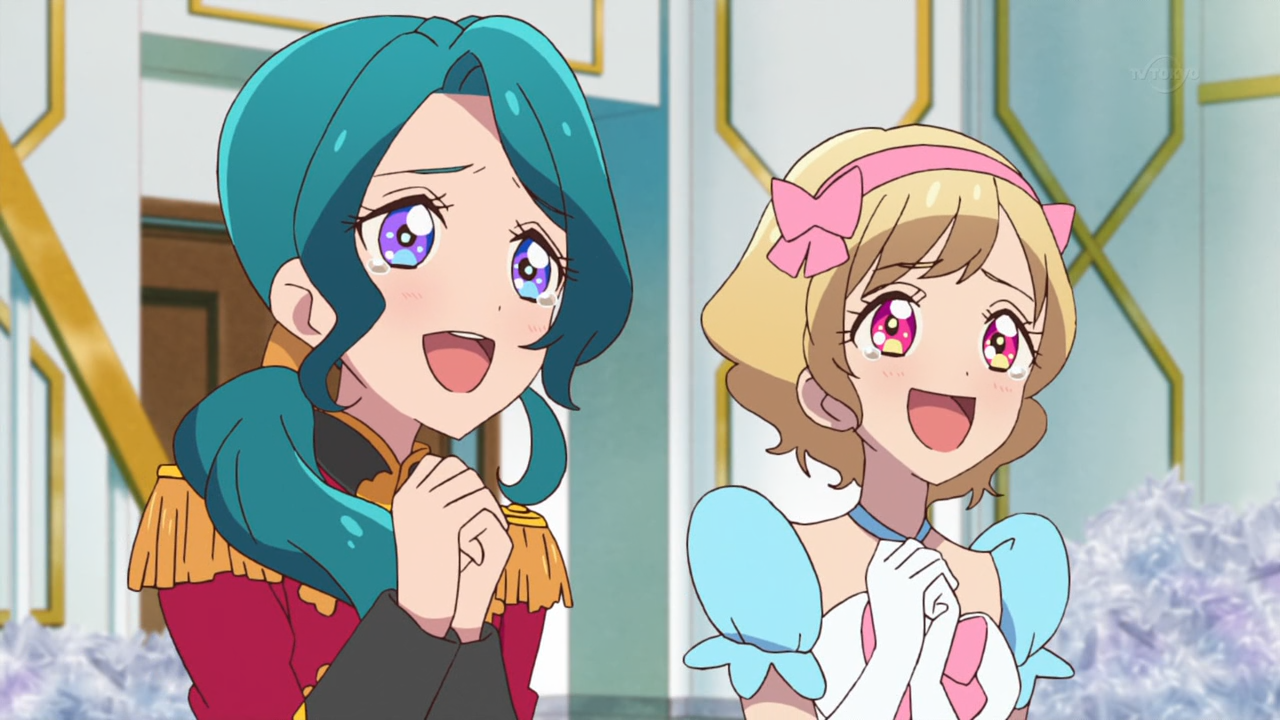 This year for Thanksgiving, I was grateful for this episode, and all of you watching it with me. Every little bit of it was fun and heartwarming, and the conclusion fulfilled me from the inside out. I also have a minor comment on the trials if you were as confused as I was for one of them, which I’ll put after the break. 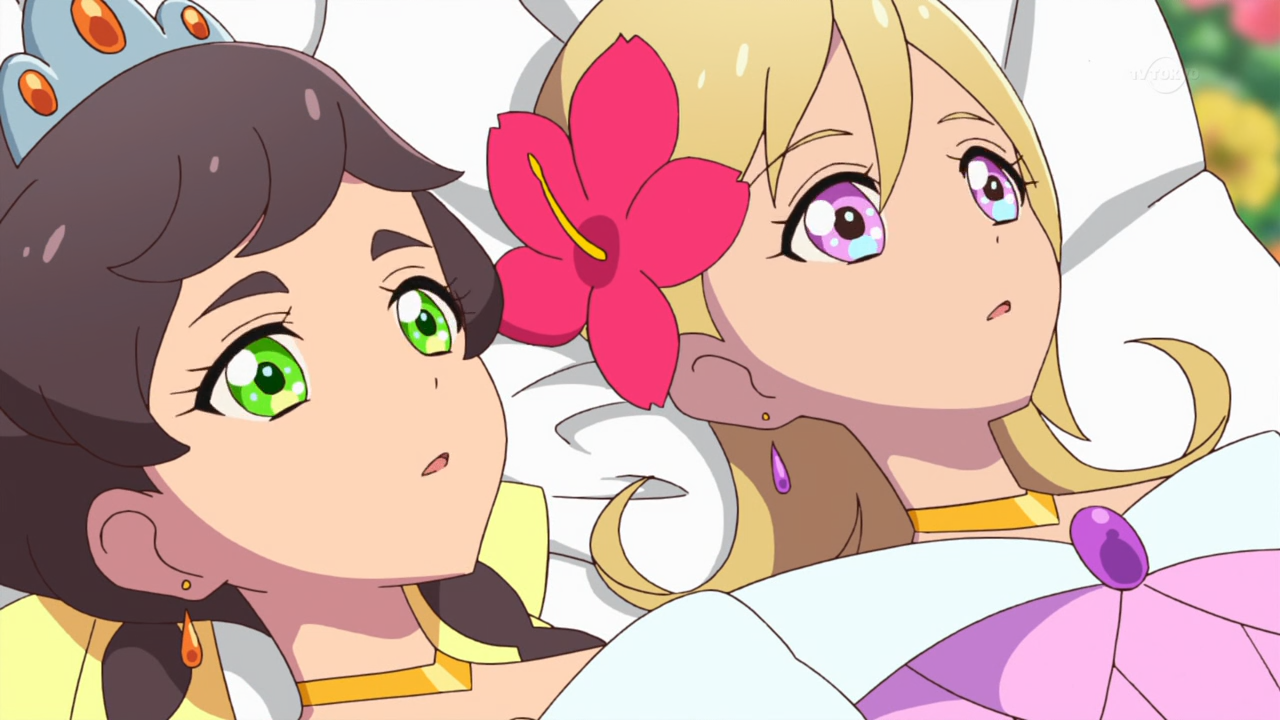 Now, you might be wondering why in the world Mirai would give Double Hibiscus a trial that required some other unit to come and save them. Aren’t they supposed to be competing? Maybe you’d think that she knew Aine would help Mika and Shiina no matter what, but that’s not the case. The two of them totally screwed up their trial, and only passed due to Pure Palette’s kindness. Cinderella had a male and female part, for her and the prince, as did The Bluebird of Happiness, which was based on a brother and sister. So why, for no reason, did Double Hibiscus decide to have two Sleeping Beauty’s? The correct answer to their puzzle was for one of them to become her, and the other to be the prince who wakes her up. This not only follows the pattern, but is confirmed because Shiina knows what had to be done beforehand, so she was awake when she saw the sign (proving they didn’t both fall asleep immediately). So yeah, that’s what actually happened. Oh, and if you check the sub file from a month and a half ago I knew that both Honey Cat and Pure Palette would win the Best Friends Cup, because it was never specified in the rules that only one unit could pass.