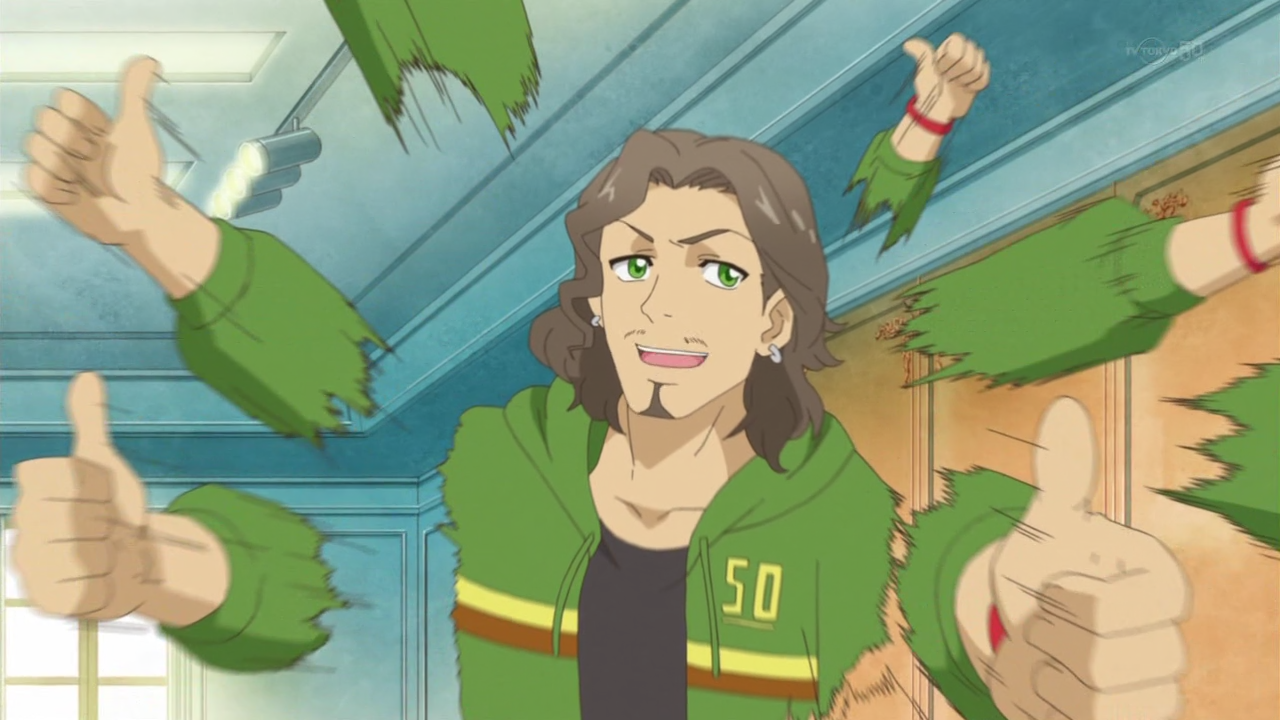 In a.f.k.’s Haruhi season one, the lyric “boooon warp de loop na kono omoi wa” from Hare Hare Yukai was misheard as “yuuwaku de yuuutsu na kono omoi wa”. The misheard one, combined with bacteria, describes, sort of, what caused the delay. Or the not-earliness, if that’d be more accurate. Since it feels like Aikatsu always gets delayed.

And now that I think about it, there has to be an Ame Ame Fuyukai out there somewhere…