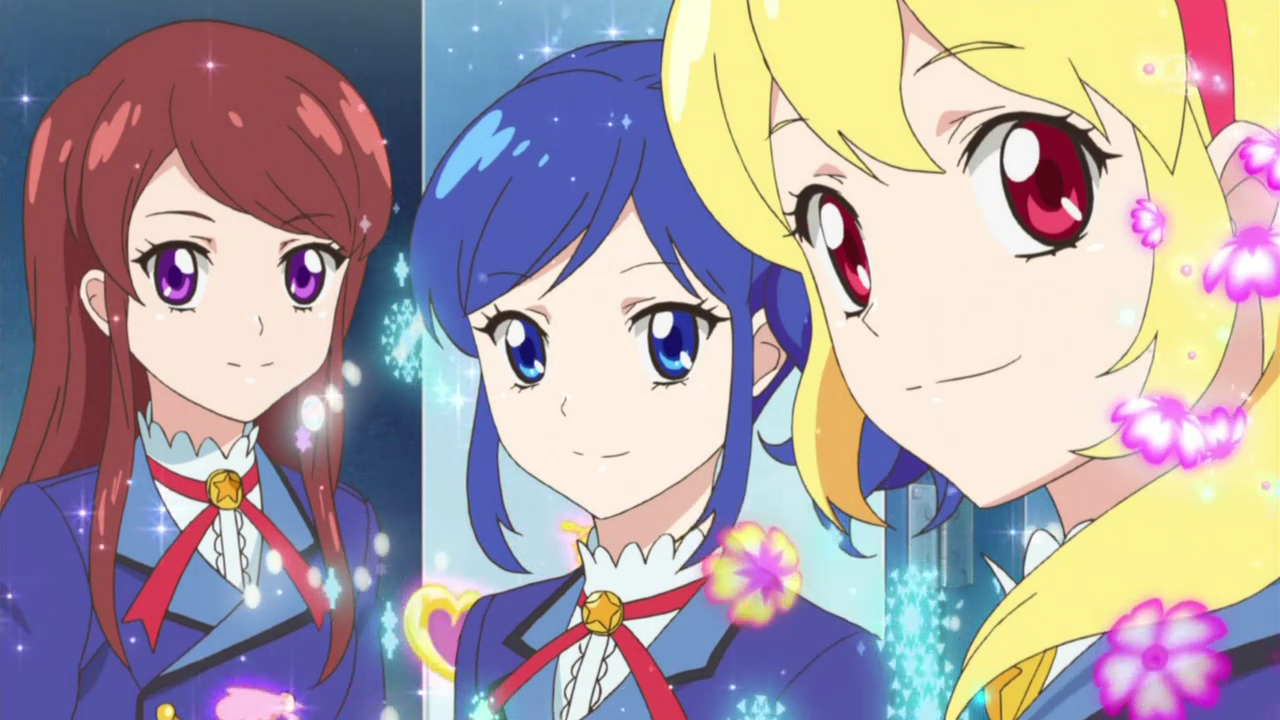 Yes, give me more concerts with the three main girls.  Look at all that aura they’re giving off.  So, there are a couple of notes for this episode courtesy of Raichi.  To start with, the pen name is a pun on nightingale, silly.  He then makes a pun on “aikatsu” and “katsuai” (to omit, leave out).  The pun’s gone, but the joke’s still around.  Right, there’s also Aoi’s catchphrase of “odayaka ja nai wa”.  This has a bit too many meanings and is a little too context sensitive to translate the same way each time, so you’re best off just training your ear to hear it because it’s going to be different every time.  And as a reminder for next time, it just so happens that ageha = swallowtail.  Alright then, get to it.

Also, if you already grabbed the first version, here’s the updated .ass.  It’s not a patch, so just stick it in the same folder as the original file and it should work.