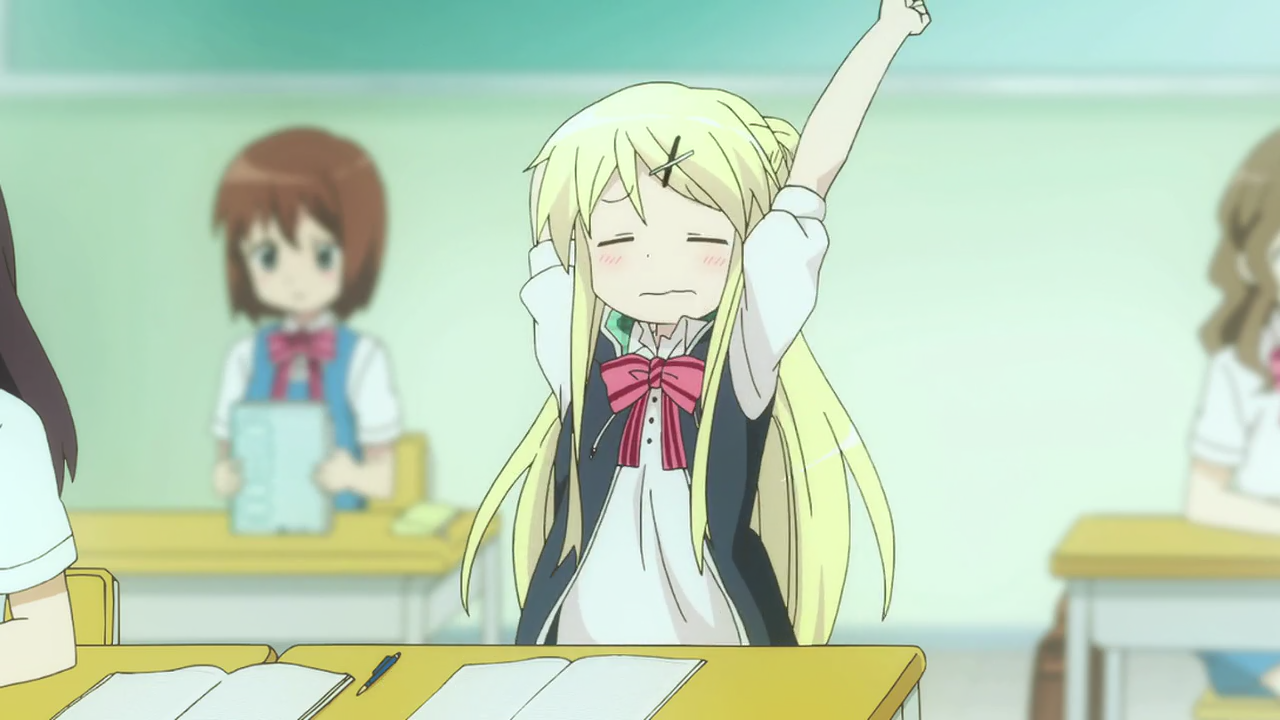 This episode set a record for “most lines in an episode I’ve ever translated”.

This time brought to you by things going ugh-ing-ly. 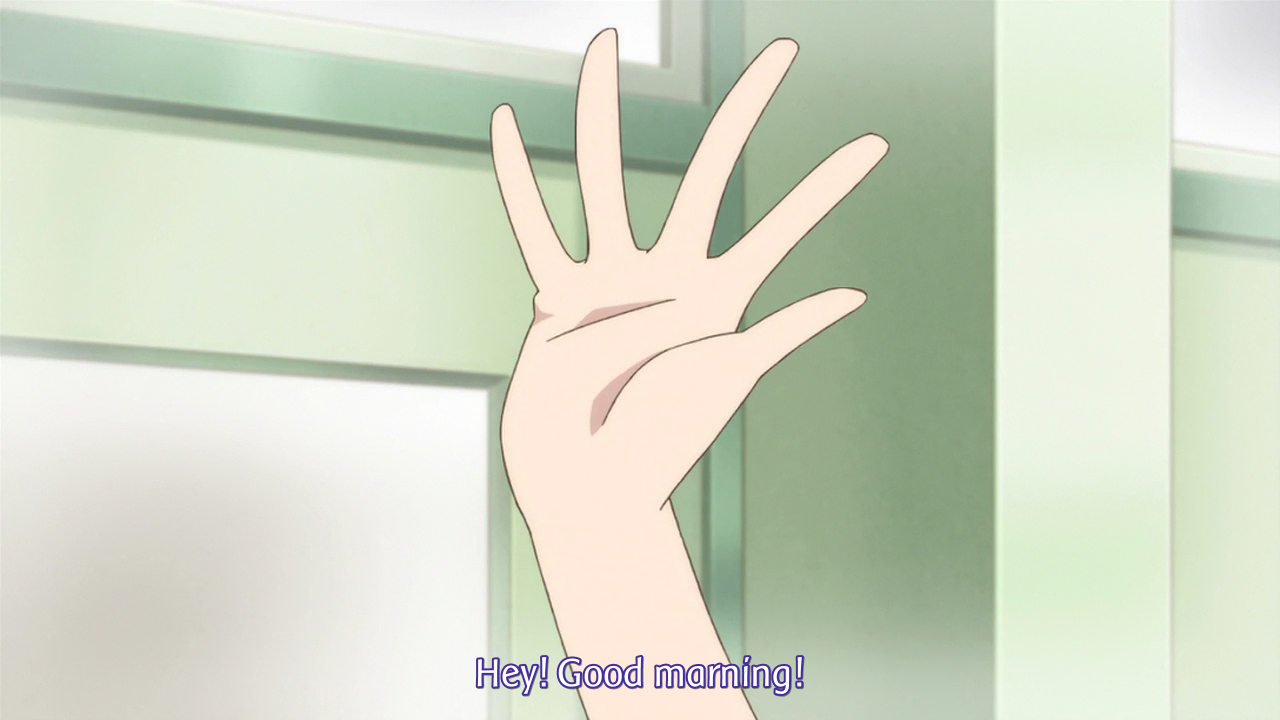 Ohayou gojaimasu is just a silly way to say “good morning”. There were a lot of letters we could’ve changed here but for some reason we chose the ‘o’. 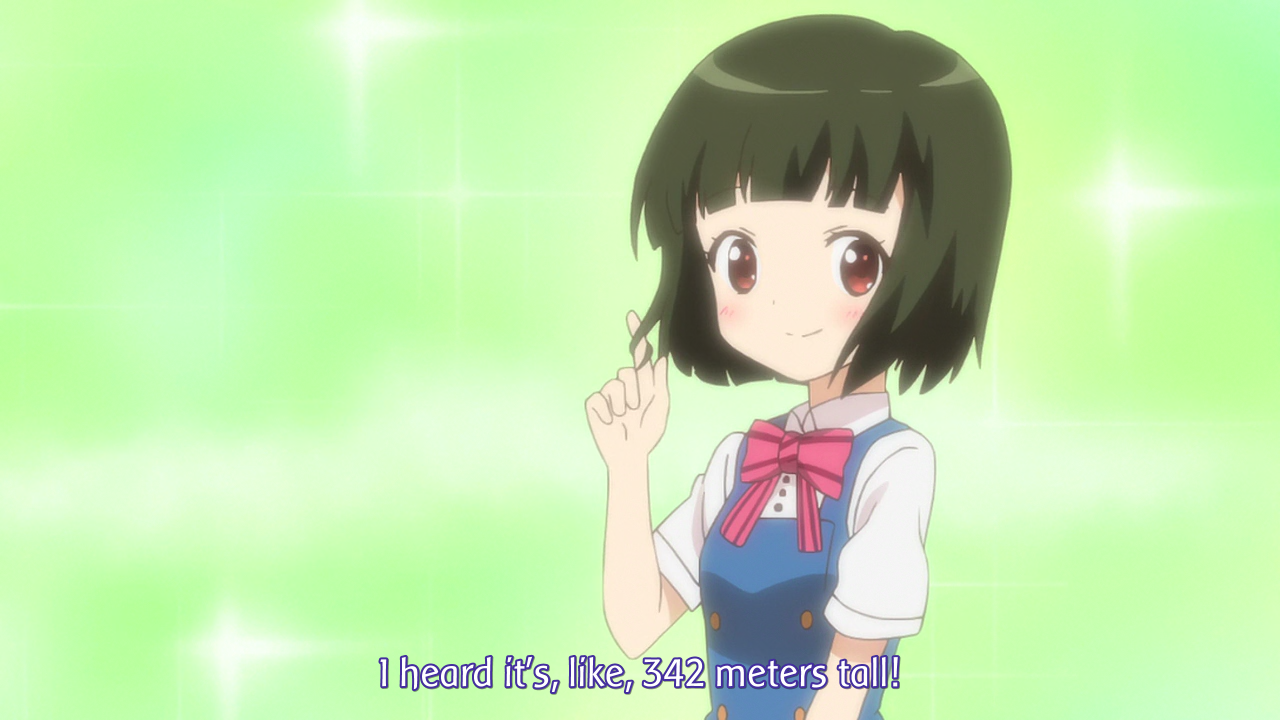 342 meters in America is 324 meters everywhere else, for your information. 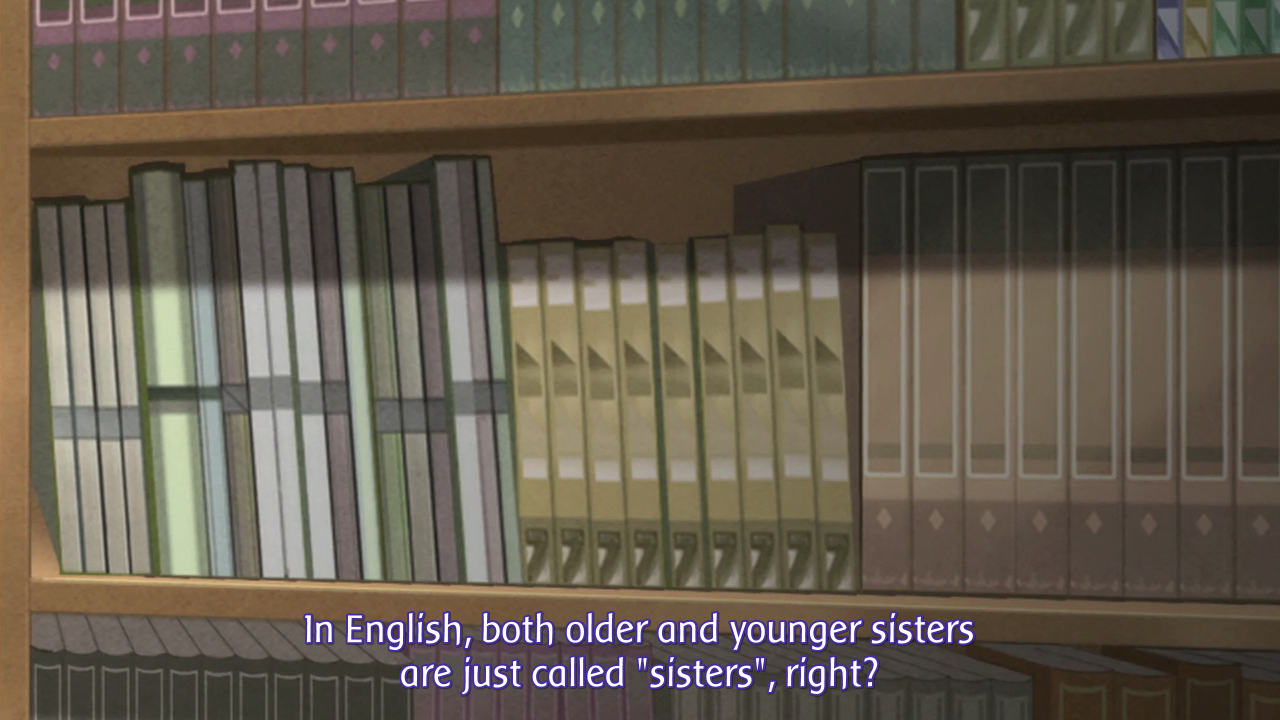 I’m not even sure why I selected this screen to TL note. 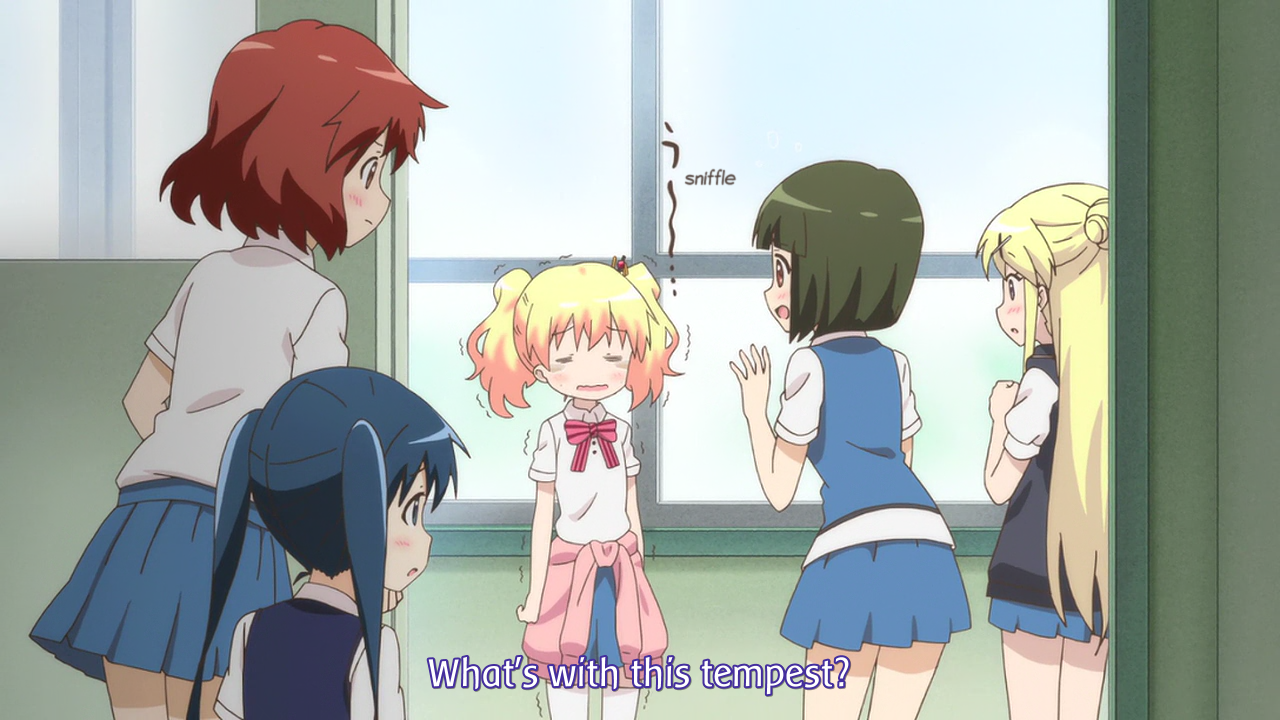 “Tempest” was one of the million words we used as a translation of “shuraba” in Oreshura and since they’re using storm metaphors, we thought it’d fit. It doesn’t convey the “two people fighting over a thing” thing, but whatever. 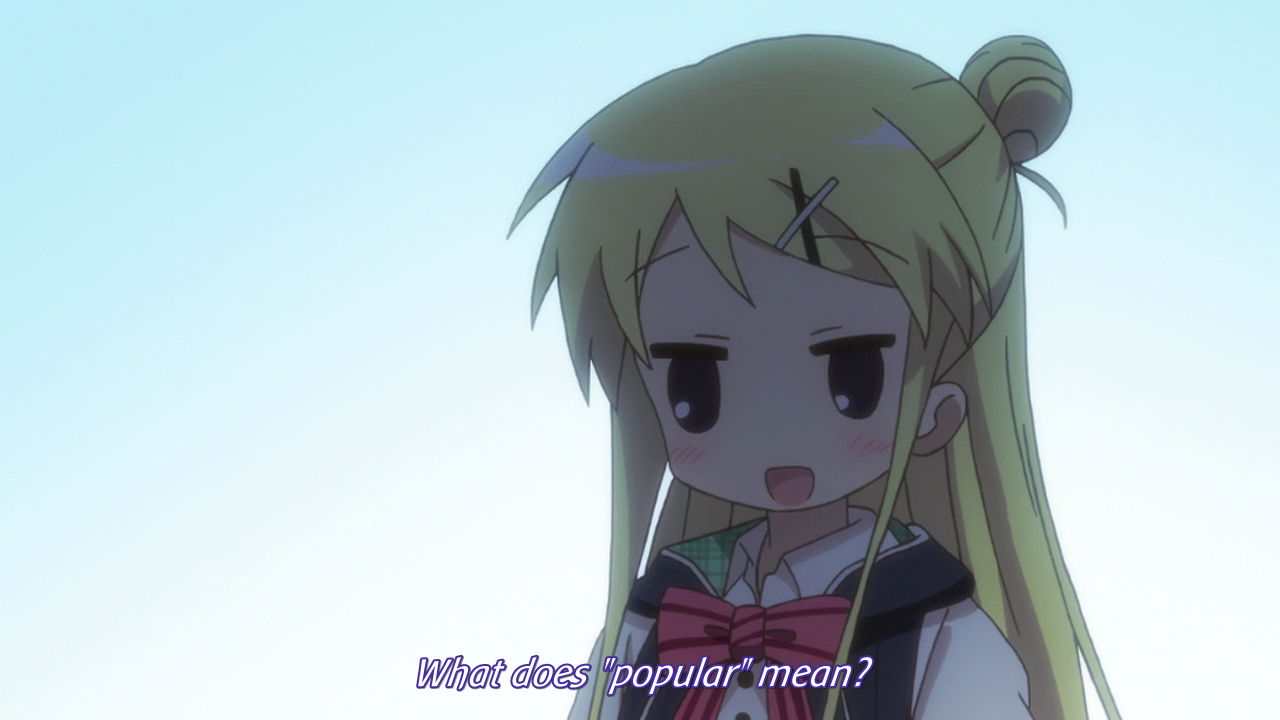 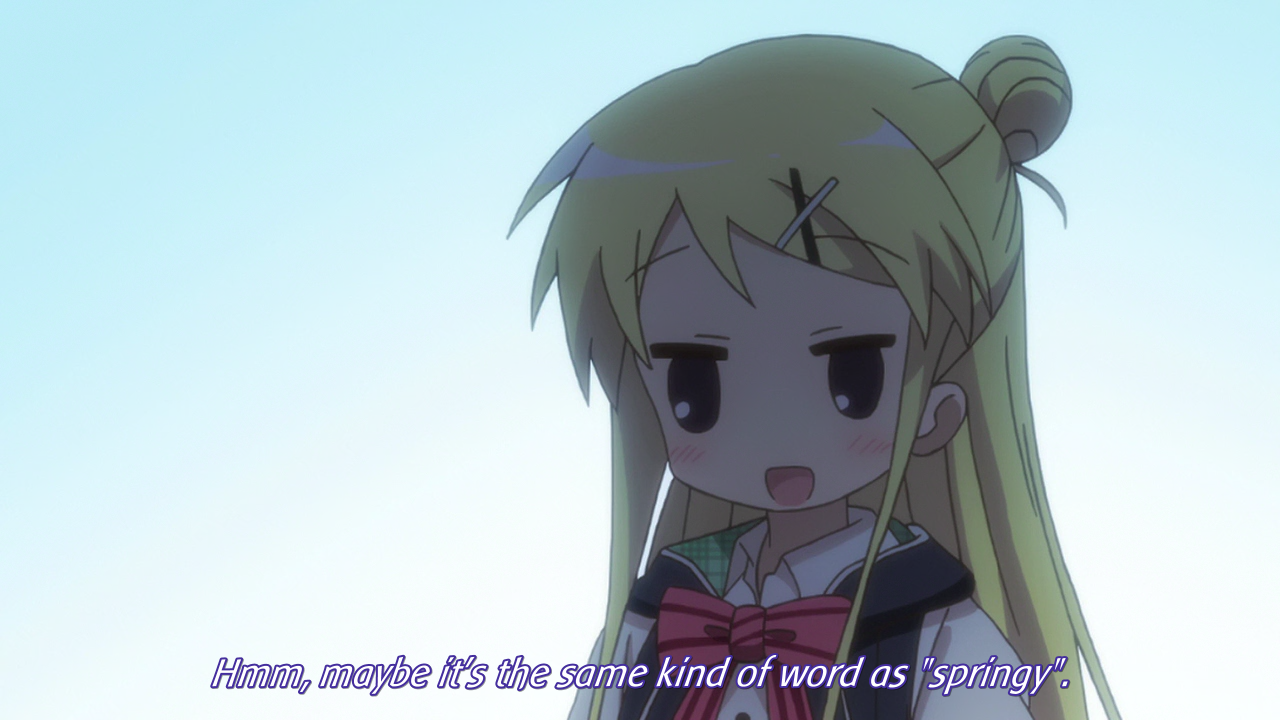 We were thinking about translating this, uh, joke, but we somehow released before we got around to it. Karen doesn’t know what “motemote” (popular with the other sex) means, so she assumes it’s the same kind of word as “mochimochi” (having the texture of a gooey rice cake thing) (i.e., an onomatopoetic-ish thing) and runs with it. And “motemote” and “mochimochi” are kind of similar.