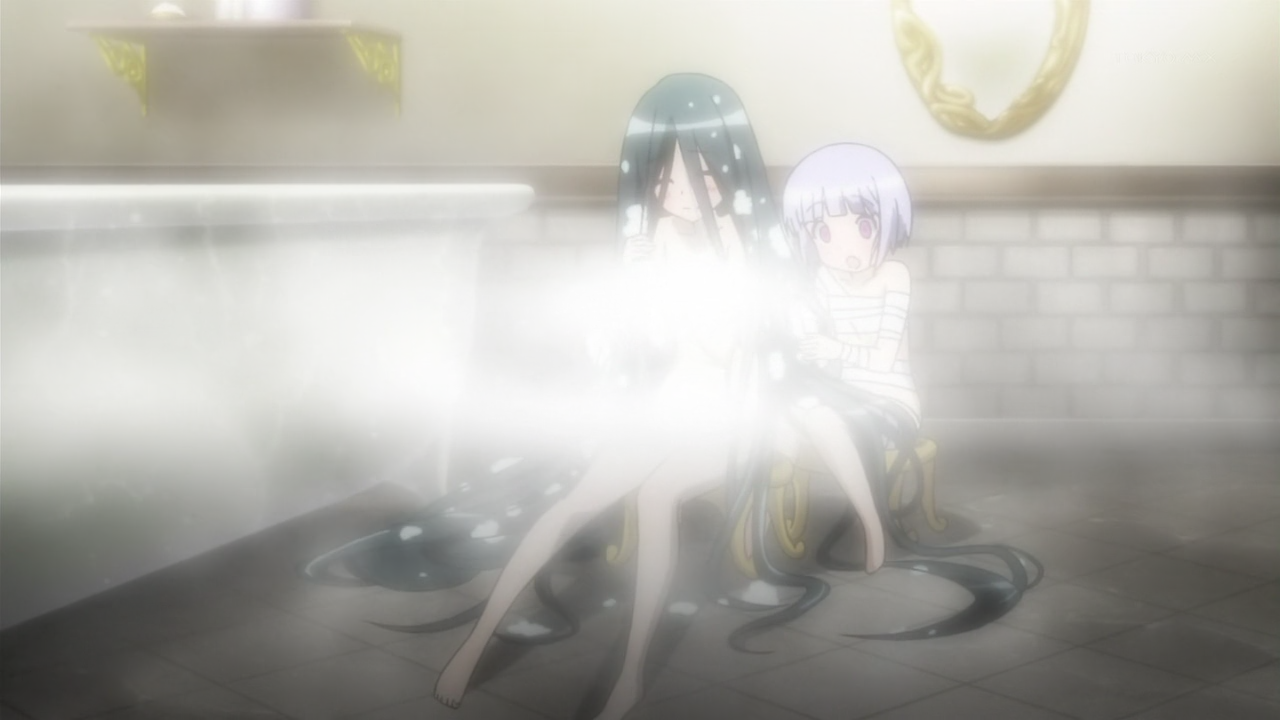 It’s the dramatic last episode, no time for fan service!

Well, here’s the last episode of Crime Edge. Somewhere along the line it changed from being a semi-psychological romance to being 90% loli fan service.

I’m not really sure what to think about this show. It had a completely fine premise and went along pretty well, and then at some point along the way it turned into loli fanservice (edit: NOT THAT THERE’S ANYTHING WRONG WITH LOLI FANSERVICE). It was also awkward to time because characters would say fragments of sentence several seconds apart (which looks nice in manga but look awkward in subtitles). And there wasn’t nearly enough screen time for Kashiko, the best character. But it was fun to translate (usually) and I think we didn’t horribly fail this time.

This show is the lewdest. It managed to hit upon nearly every common fetish, and a ton of random ones too. I had a lot of fun improving my skills (?) on this, and though I loved it and want a second season, I’m not quite ready for it yet. Look forward to our next season and the last cour of Aikatsu!

Working on Crime Ecchi was all kinds of weird. In my opinion, it started out really well, but managed to turn itself into something quite boring and horrible to watch. Let’s not even start with all the fanservice they somehow managed to throw in mid-way (not that I didn’t like that, though). Anyway, I hope you managed to enjoy the show as well as our subs as much as you can!

Here is a beautiful picture of Iwai as a last present from me.

…By the way, where’s Izumi?