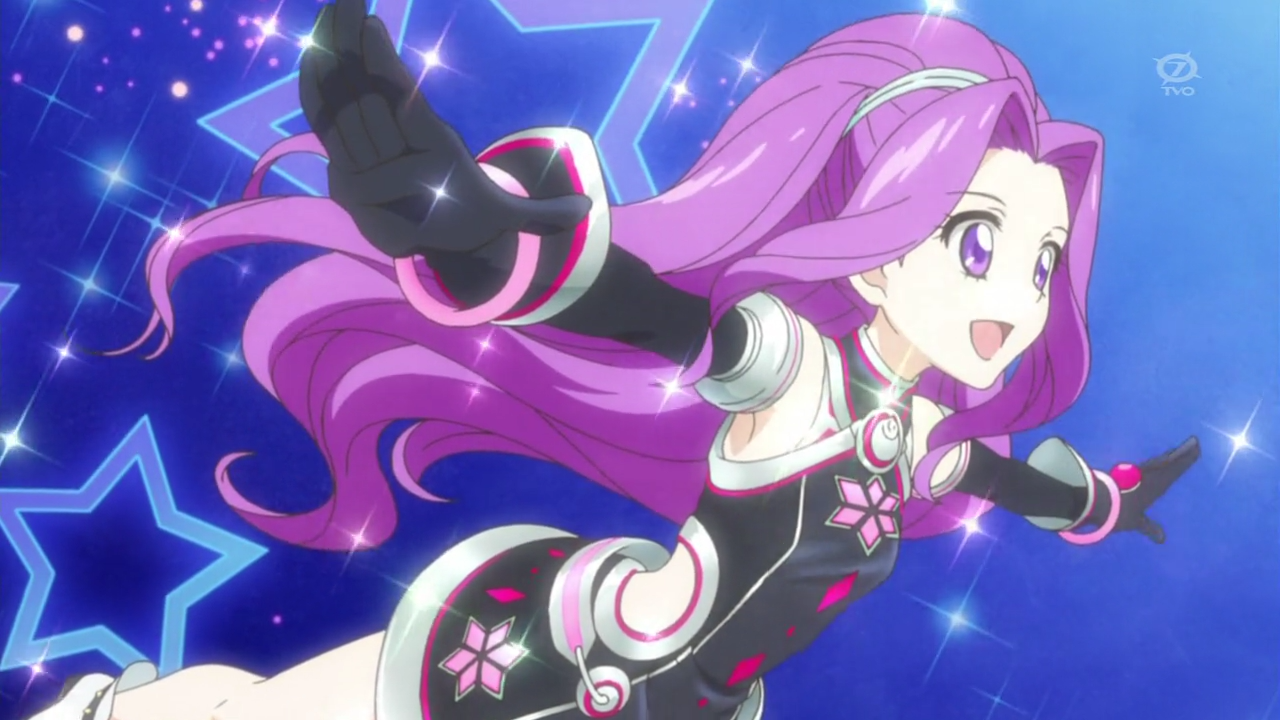 What I wouldn’t give to be able to wear this…

That’s right, we’re building up to another climax, which if they’re going to be consistent should end in a nice surprise next episode.  As for notes, I suppose there are two.  First up is the blackboard signs in the song, which simply say “Fresh Girls Cup”.  Next is “green juice”. It’s a Japanese drink made from kale and other vegetables/leaves, and, while being very nutritious, apparently tastes rather bad.

ALSO— If you were already seeding the show, please pick up this new batch torrent so we can spread the Aikatsu love to more people.  No fixes were made from the final releases of each episode, so you can just redirect it to whatever folder you were using up until now.